The “triple-lock” guaranteeing generous rises in state pensions should be scrapped so the economic burden of the coronavirus crisis is spread fairly, a think-tank has said.

Replacing the pledge with a “double-lock” would save £20bn over five years, according to the Social Market Foundation (SMF).

It argued that the economic impact of combating the virus – to protect vulnerable groups including the elderly – would exact a heavy toll on working-age people, with redundancies and cuts to services, higher taxes and slower GDP growth.

The think-tank said that this cost “must be shared fairly between old and young in the years ahead”.

The government’s “triple-lock” ensures that state pensions rise by the rate of inflation, average earnings, or 2.5% – whichever is the lowest.

It has meant that over the last decade, income for pensioner households has grown even as workers saw little in the way of wage increases, the SMF said.

The think-tank argues that the 2.5% floor on guaranteed pensions rises should be removed.

That would result in savings because pensions would only go up in line with earnings or prices – which it argues are likely to be subdued in the wake of the coronavirus crisis.

The report said: “In the post-crisis world of slow, painful recovery, a triple lock ensuring a 2.5% minimum rise in pensions would constitute enormous generosity to pensioners, at a time when working-age adults face low or no wage growth and significant unemployment.”

“There is a clear case for intergenerational reciprocation when it comes to meeting the fiscal costs of the crisis in the years ahead.”

“The crisis has emphasised our obligations to other generations, even in the face of personal sacrifice.

“This spirit must be maintained when the dust settles – with the economic costs of responding to the crisis shared fairly across the generations.”

Tue Apr 14 , 2020
BEIJING (Reuters) – The plunge in China’s exports and imports eased in March as factories resumed production, but shipments are set to shrink sharply over coming months as the coronavirus crisis shuts down many economies and puts the brakes on a near-term recovery. Financial markets breathed a sigh of relief […] 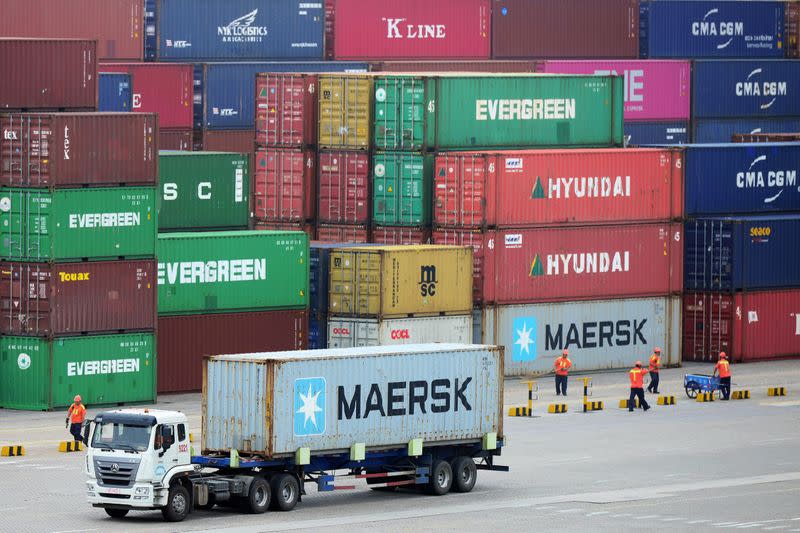