A leading executive of the US drugs giant behind a medicine being touted as a successful treatment for COVID-19 has urged caution over its efficacy.

During the last 24 hours Wall Street has been thrilled by a report that Gilead Sciences, the California-based US drug-maker, has come up with a successful treatment for coronavirus.

Shares of the company, best-known for its treatments for HIV and hepatitis B, shot up by 16% at one point following a report that patients with COVID-19 who were treated with the drug, remdesivir, staged a rapid recovery.

The medical news website Stat reported that patients at a University of Chicago hospital had received treatment using remdesivir.

It said that 125 patients with COVID-19, including 113 with a severe form of the virus, took part in two ‘phase 3’ clinical trials.

Phase 3 trials take place towards the later stages of a drug’s development and is the last hurdle a product must get over before its maker approaches a regulator for approval.

The website reported that, although two died, most of the patients treated with remdesivir quickly staged a recovery and were discharged.

But Hilary Hutton-Squire, general manager and vice president of Gilead Sciences in the UK and Ireland, told Sky News there was still a long way to go.

She said: “We’re in the middle of an unprecedented global crisis and it’s clear that people would want to hear positive news, but we also have to be very balanced in our approach.

“What we’ve seen is a hospital talk about their experience… we really need to look at the results of that trial, and indeed other trials that are ongoing at the moment, in totality before we can really reach conclusions about the efficacy and safety of remdesivir.

“So our focus is to keep going with these very large clinical studies and find some answers for people as soon as we can.”

She said around six large clinical studies were taking place globally involving thousands of patients, including more than 100 enrolled in the UK, with results expected towards the back end of April and the beginning of May.

She added: “In the meantime, we’re doing everything we can to ensure that if the results that come out are positive then we’re ready to get this drug to these patients globally as fast as we can and to make an impact in this pandemic.”

Some healthcare and science professionals have urged scepticism concerning the trials because so few patients have, to date, been tested and because the trial results have not been subjected to peer review.

It has also been pointed out that, in the Chicago trials, there was no placebo involved against which the efficacy of remdesivir could be measured.

In addition it was a so-called ‘open label’ trial in which patients knew they were receiving the treatment and there has also been caution around the fact that none of the patients in the Chicago trial were on ventilators.

Acknowledging this, Ms Hutton-Squire said the UK trials would include patients with different “levels of severity”, including some patients on ventilators and some who had only just been hospitalised.

She went on: “We have to be careful [in our interpretation]…it’s going to be one of those things where we have a lot of pieces to the puzzle and we have to fit those together in coming weeks to really understand what we have here and what we need to do with that to help patients.”

Ms Hutton-Squire, who has previously been involved in making treatments for hepatitis available through the NHS, said remdesivir had originally been devised to tackle coronavirus.

It was then repurposed to treat the Ebola virus, as it as it ravaged west Africa between 2013 and 2016, before “coming full circle”.

Ahead of this particular outbreak, she said, the drug was being looked at as a treatment for a whole range of diseases including coronaviruses.

“That’s why when we heard about this particular virus back in January, we thought it was really important to get going as fast as we could to understand what the role of remdesivir could be for COVID-19.”

She said Gilead was currently investing very heavily in manufacturing.

Ms Hutton-Squire added: “This is a drug that would typically take up to a year to manufacture, end-to-end, we’ve been trying to get that process down to about six months and we are working with literally hundreds of organisations globally to help us in sourcing raw materials…in order to try to be ready to treat as many patients as possible, as quickly as possible, if the results coming through from the trials are positive.”

But she insisted this gearing-up in manufacturing capability should not be taken as a sign that the trials would definitely come back with a positive result.

She said: “It’s a sense of responsibility, to be honest.

“When we looked at this back in January, we knew that this was going to be one of the most promising drugs that we looked at, because it had previous promising data in SARS (severe acute respiratory syndrome) and MERS (Middle East Respiratory Syndrome).

“We had reason to…go as fast as we could and, because of the lead time, there would be no point in us doing a load of clinical research and then starting doing manufacturing further down the line.

“We have to do the thing in parallel, and to do it at risk, to have the potential impact that the drug could have if it works.

She said she was talking closely to the UK government and praised the regulator, the Medicines and Healthcare products Regulatory Agency (MHRA), for its “pragmatism and speed of movement” in helping Gilead launch the studies now under way.

The company has promised to make 1.5 million phials of the finished product available to healthcare agencies around the world should the product launch successfully.

Fri Apr 17 , 2020
(Reuters) – Wall Street bounced on Friday as Boeing said it would resume production of commercial jets next week, with investors also cheering President Donald Trump’s plan to reopen the economy and on hopes of a potential drug to treat COVID-19. FILE PHOTO: Traders work on the floor of the […] 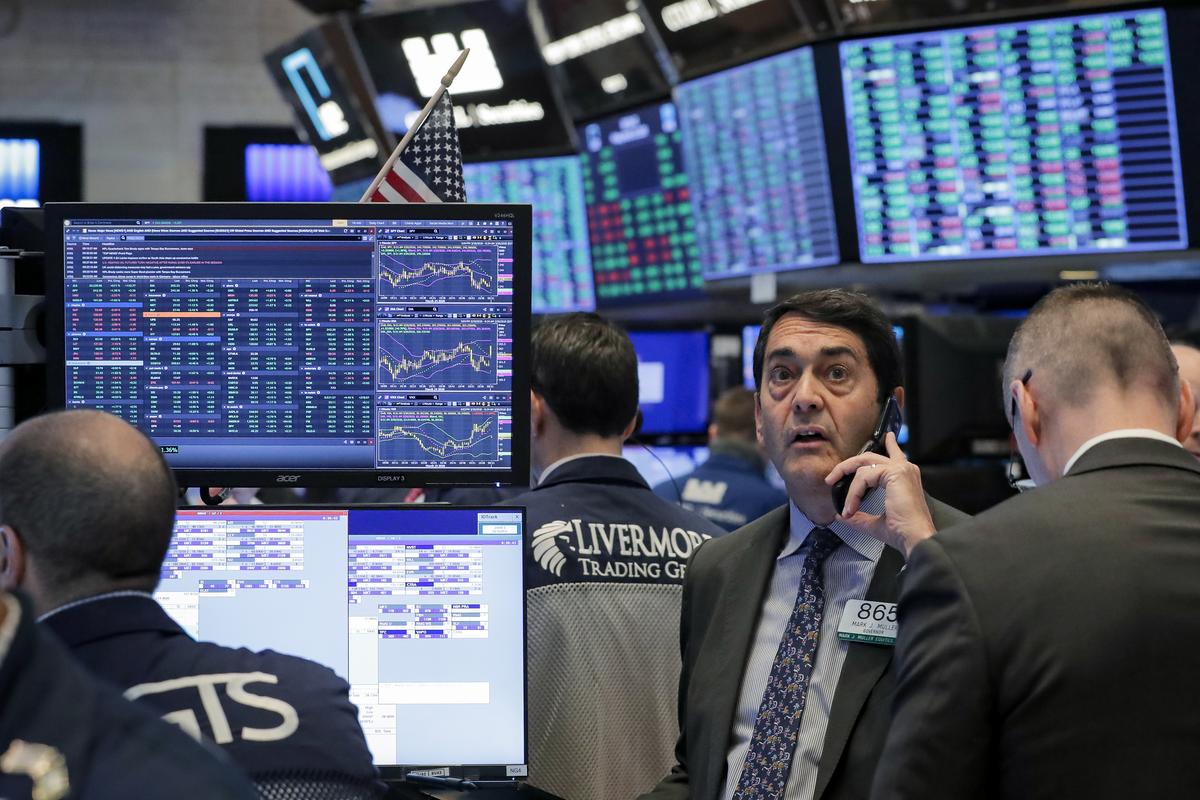