News that British Airways may make up to 12,000 of its employees redundant, out of a total workforce of 42,000, has understandably come as a shock to unions.

As recently as 16 March, BA’s parent company, International Airlines Group (IAG), had assured the stock market that it had total liquidity of €9.3bn, including cash, cash equivalents and interest-bearing deposits of €7.35bn and credit facilities of some €1.9bn.

Why then, the unions are asking, is there a need to cut costs so aggressively?

Quite simply, it is because, during the intervening weeks, IAG’s management has had more time to assess the situation, in particular the parlous outlook for the aviation industry.

The numbers in the first quarter trading update, issued after-hours on Tuesday evening, laid bare the scale of the financial hurricane in which BA and its competitors find themselves.

IAG made an operating loss of €535m during the first three months of the year, compared with a profit of €135m in the same period last year – and this was in a relatively normal trading period, with the business only really experiencing the impact of the COVID-19 lockdown in March.

So it is likely that losses will be greater in coming quarters now that IAG will be running at only 6% of its regular capacity during April and May.

The other crucial thing that has happened during the intervening period has been the stunning collapse in the oil price.

That has brought down the price of kerosene – jet fuel – and has resulted in IAG being over-hedged – in other words, when it was planning ahead it bet on the oil price being higher.

That cost the company a one-off €1.3bn during the first quarter.

So it is very clear that IAG’s financial situation has deteriorated significantly since it last updated the market.

That was spelled out in the stark last line of IAG’s trading update in which it warned that “recovery to the level of passenger demand in 2019 is expected to take several years”.

It is a sentence that will chill government ministers to the marrow because it spells out clearly what the long-term impact of the COVID-19 lockdown is likely to be on the economy.

And it makes this trading statement from IAG arguably the most significant company announcement that has been heard from a UK-based company so far in this crisis.

The problems engulfing IAG are also hurting every other airline in Europe.

Norwegian Air Shuttle, a competitor to BA on the transatlantic routes, has indicated that the majority of its fleet is likely to be grounded for a year and is engaged in a refinancing that is likely to see its existing shareholders all but wiped out.

Lufthansa, the German national carrier, is in talks to lay off 10,000 employees.

SAS, the Scandinavian carrier, is preparing to make half of its workforce redundant.

It is clear from the initial union reaction that the debate is quickly going to switch to the willingness, or otherwise, of the UK government to support British Airways in particular.

They may also highlight the support the Trump administration has handed to US carriers – which is likely to be at least $25bn in the short term and probably more.

In his letter to BA employees on Tuesday Alex Cruz, the BA chief executive, wrote: “There is no government bailout standing by for BA and we cannot expect the taxpayer to offset salaries indefinitely.

“Any money we borrow now will only be short-term and will not address the longer-term challenges we face.”

Unions are likely to ask repeatedly, in coming days, why that should be the case.

As explosive will be the issue of whether IAG has actually sought – or is prepared to seek – financial support from governments in the countries in which it is based, chiefly the UK, Spain and the Republic of Ireland.

A key issue for IAG will be that, if it asks for state aid, it makes it easier for the UK government to hand it to other carriers.

It will not want to see some of its less efficient competitors such as Virgin Atlantic, which has been loss-making for several years, being bailed out by taxpayers.

The European aviation sector has far more over-capacity than the US airline sector and is more fragmented.

It may well be that, as it surveys the carnage likely to unfold in European aviation, the IAG board will be calculating that, if it can come through this situation, it will enjoy a much more powerful position in the market in future.

IAG’s management will also have in the back of its mind that, once state aid is accepted, with it comes a level of government interference.

More than 30 years have passed since British Airways was privatised and yet it retains some characteristics of a state-owned business, chiefly high levels of union membership, which on numerous occasions has tied the hands of management and led to industrial disputes.

Taking government money would reduce the flexibility management has to run BA as it wishes and is probably another reason why IAG will avoid doing so if at all possible.

Lastly, the unions will reasonably ask why BA is bearing the brunt of these job cuts, rather than Aer Lingus or Iberia.

The answer to that is straightforward.

BA is the locomotive in IAG while its other carriers, such as Aer Lingus and Iberia, are the carriages.

As the largest airline at Heathrow, one of the world’s busiest airports, it is the key profit driver in IAG – but also the biggest contributor of fixed costs.

Cost cuts at Aer Lingus and Iberia would simply not be meaningful enough to make a difference to securing IAG’s long-term financial health.

Only cost cuts at BA are capable of achieving that.

Wed Apr 29 , 2020
PARIS (Reuters) – Airbus (AIR.PA) on Wednesday posted a 49% slump in first-quarter core profit and called for an industry-wide campaign to restore confidence in flying after the coronavirus pandemic triggered the “gravest crisis the aerospace industry has ever known”. FILE PHOTO: The logo of Airbus is pictured at the […] 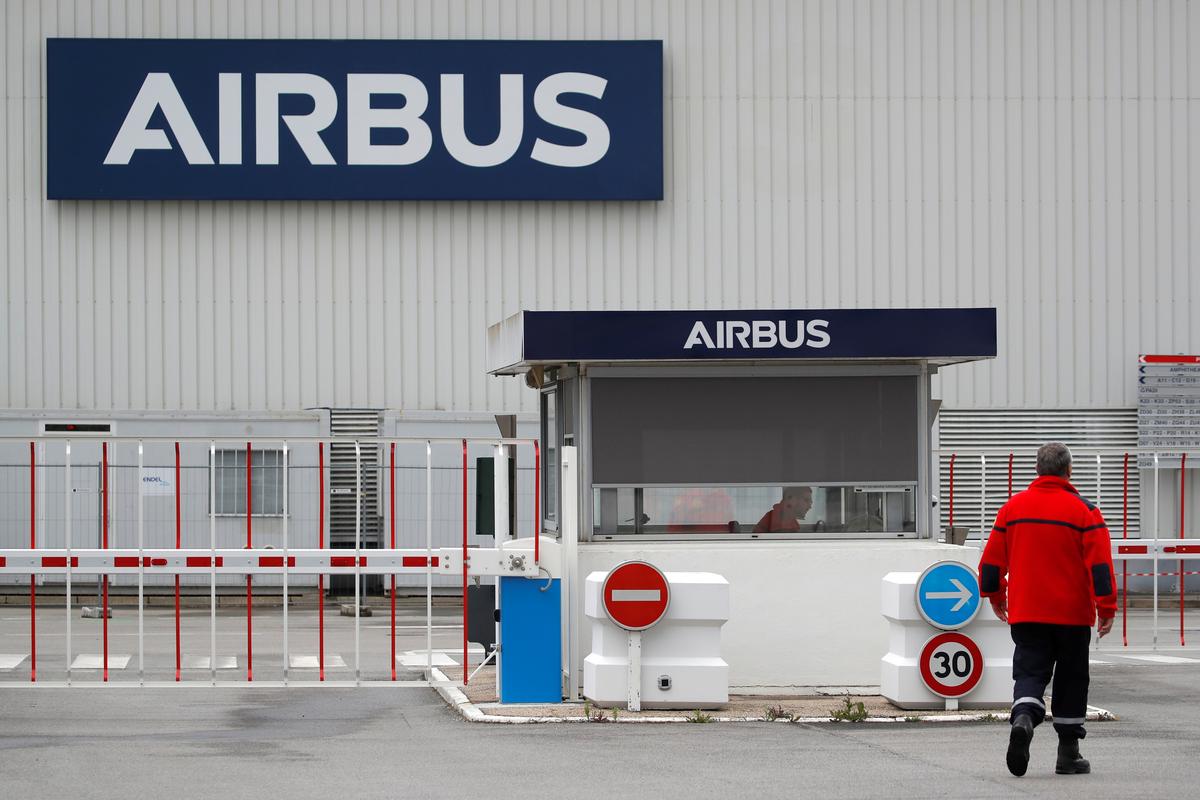