The UK government announced on Friday that it would extend restrictions on socialising to a further 3.3m people in England and has refused to rule out a second national lockdown to control the rising number of coronavirus cases.

Merseyside, Warrington, Lancashire outside Blackpool, and Wolverhampton are among the areas where people will, from Tuesday, be prohibited from mixing with people outside their household or support bubble indoors or in private gardens.

It means that more than 13m people, a fifth of the UK population, will be living under restrictions, although they vary from place to place.

Matt Hancock, health secretary, said he recognised that the measures “will make everyday life harder for many”, but stressed: “Local leaders in these areas have asked for stronger restrictions to be put in place to protect local people, and we are acting decisively to support them . . . so we can reduce rates of transmission.”

Earlier on Friday he said that a second national lockdown was not one of the options currently planned, following a Financial Times report that leading members of the government’s Scientific Advisory Group for Emergencies (Sage) and the Scientific Pandemic Influenza Group on Modelling had proposed a two-week national lockdown to coincide with the October school half-term.

This is a big moment for the country, we are seeing an acceleration in the number of cases

Mr Hancock warned that the country was facing a surge in coronavirus cases and hospital admissions, but argued that since the vast majority of new transmission was occurring within social settings rather than in schools and workplaces, these did not need to be closed.

“This is a big moment for the country, we are seeing an acceleration in the number of cases, we are also seeing that the number of people hospitalised with coronavirus is doubling every eight days,” he told the BBC’s Today programme.

“The strategy is to keep the virus down as much as is possible, while protecting education and the economy and doing everything we possibly can for the cavalry that is on the horizon of the vaccine and mass testing and the treatments.”

He added: “These can be done alongside restrictions of our social lives basically. That is the approach that we’ve been taking in the areas of local lockdown.”

One scientist who sits on Sage warned that if the R number, which measures how many cases are caused by one infected person, remained the same, the escalating crisis would “break” the NHS.

The restrictions imposed on Merseyside, Lancashire outside Blackpool and Warrington also include an order for hospitality venues such as pubs to close at 10pm. The same measures were imposed on 2m people in north-east England, including Newcastle and Sunderland, on Thursday.

Areas of Bradford, Kirklees and Calderdale in West Yorkshire, where restrictions were lifted in early August, will also have them reimposed from Tuesday, as will Oadby and Wigston, near Leicester.

On Monday, lockdown measures came into effect on Birmingham, Sandwell and Solihull, after the city’s coronavirus case rate increased to 85.4 per 100,000.

Mr Hancock said on Friday that infection rates in Liverpool had increased to 100.6 per 100,000 people, with Warrington rising to 111.2, Oadby and Wigston rising to 145.5, and Wolverhampton increasing to 61.8.

Jon Ashworth, shadow health secretary, also said on the Today programme that Mr Hancock had been deliberately evasive on the issue of reintroducing lockdowns.

“As it happens, we asked Matt Hancock about this in the House of Commons about further lockdowns or further measures; he didn’t engage with the questions, he ignored the question,” he added.

“We have always warned the government that unless you fix the testing and tracing system — we made these warnings some months ago — then infections will rise and the system will get out of control.”

Despite the increasing number of localised lockdowns, Prime Minister Boris Johnson told MPs at a Commons liaison committee meeting on Wednesday that a second national lockdown would be “disastrous” for the economy.

“I don’t want a second national lockdown — I think it would be completely wrong for this country and we are going to do everything in our power to prevent it,” he said.

The government has also announced the launch of its new adult social care winter plan, which will include an extra £546m for the infection control fund.

As part of the plan, designed to prevent the spread of coronavirus within care homes, free personal protective equipment will be provided to residents and workers, while a chief nurse for adult social care will be appointed to provide clinical leadership to the sector.

Fri Sep 18 , 2020
Kwik Fit, one of Britain’s leading tyre-fitting and automotive repair groups, is to be put up for sale by its Japanese owner almost a decade after it last changed hands. Sky News has learnt that Itochu, the conglomerate which bought Kwik Fit for more than £630m in 2011, has asked […] 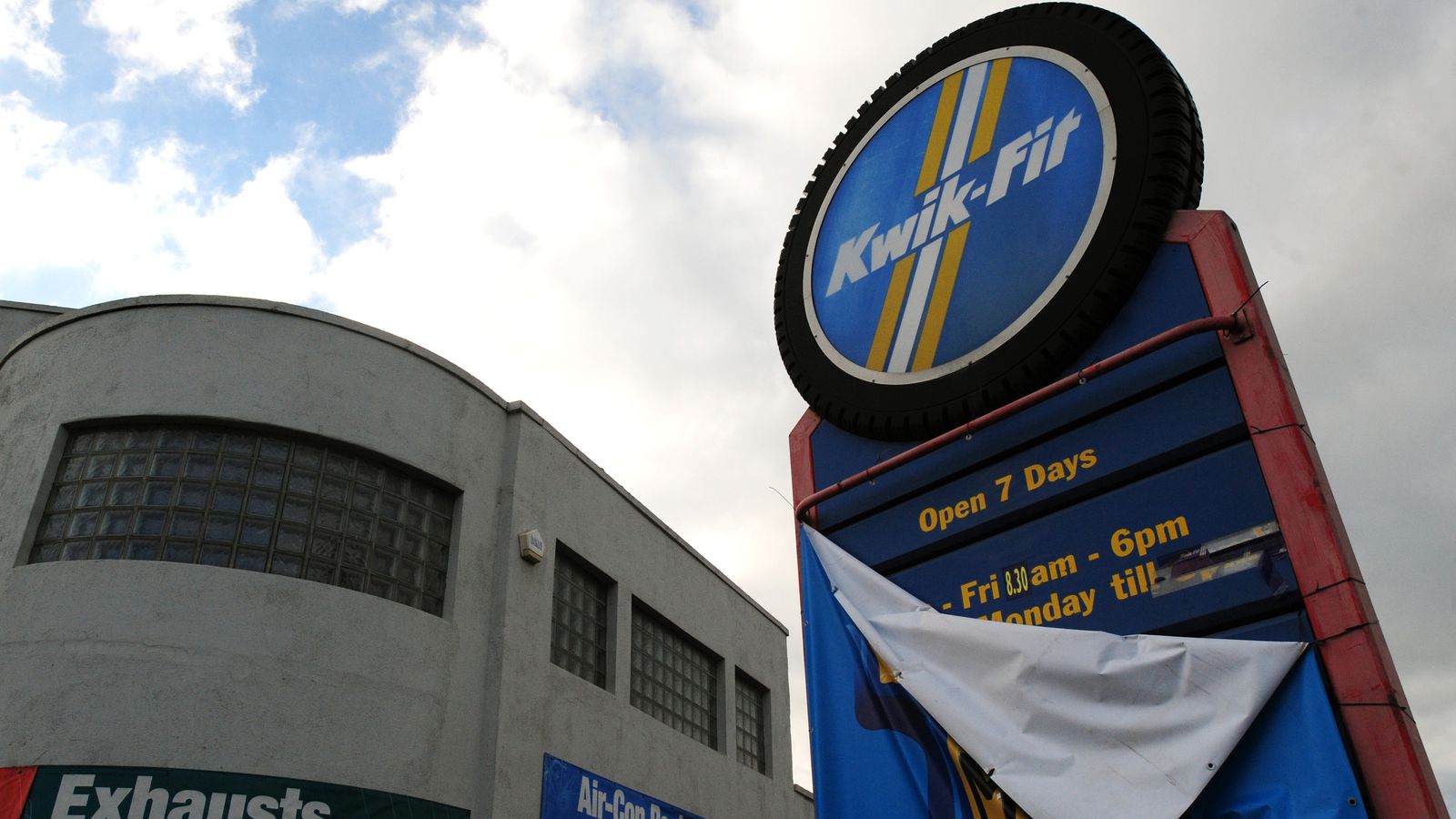