One quarter of companies in the UK have temporarily closed because of the lockdown and the majority of those still operating have reported lower turnover, according to the largest survey on the toll the virus has taken on trading.

Of the 5,300 businesses that responded to the survey run by the Office for National Statistics, 25 per cent reported they had temporarily closed or paused trading from when the lockdown was introduced on March 23 to April 5.

In that period, 0.4 per cent of businesses reported permanently closing.

This is the largest and most comprehensive survey on the health of the UK economy since the introduction of social distancing measures and closure of all non-essential shops and leisure activities.

This week the IMF and Office for Budget Responsibility, the UK’s fiscal watchdog, both forecast that in 2020 the UK economy would plunge into its biggest recession since the 1920s as a result of the measures. Yet, standard economic indicators on the size of the damage will only be available in another month.

The ONS survey published on Thursday also showed that 38 per cent of companies still operating reported “substantially lower” turnover than normal and an additional 17 per cent said their turnover was “slightly lower”.

Among businesses still operating, an average of 21 per cent of the workforce had been furloughed.

“Today’s ONS data lays bare the scale of the UK’s jobs-led economic crisis,” said Jack Leslie, economist at the Resolution Foundation, a think-tank. “Large swaths of the workforce have been furloughed, highlighting the importance of the Job Retention Scheme in staving off a monumental unemployment crisis.”

The Bank of England on Thursday released its credit conditions survey that showed a plunge in expected demand for mortgage loans, while lenders are planning to increase credit to businesses in the second quarter.

According to the survey, carried out between March 6 and 20, just before the lockdown, the proportion of lenders reporting rising demand for mortgages minus those reporting a deterioration fell to minus 71 for the next three months, from 27 when reporting on the first three months of the year.

The factors that most affected the changes in credit availability were the worse economic output, a deterioration in house price expectations and lower risk appetite.

According to Hansen Lu, property economist at the consultancy Capital Economics “that’s roughly in line with what was seen during Q4 2007, as the global financial crisis was starting to take hold”.

In contrast, the balance of lenders expecting to increase credit to the corporate sector rose from 0.8 to 28.

The credit conditions survey will have partly captured the government’s announced measures to boost bank lending to businesses, most notably the March 17 announcement that it would guarantee £330bn of bank lending to companies.

The Bank of England survey also showed that lenders expect default rates to rise in the next three months for both households and businesses.

Meanwhile Britain’s biggest water companies have announced that they will not use the government’s coronavirus job retention scheme to furlough any of their employees.

The government has designated water company employees as key workers during the Covid-19 pandemic, as they are carrying out essential work to maintain and repair the country’s water and sewerage systems.

Thu Apr 16 , 2020
The coronavirus crisis looks set to redraw the UK’s map of regional inequality, according to research showing manufacturing areas in the midlands are among those facing the biggest economic hit. The study by the Centre for Progressive Policy, a think-tank, published on Thursday found that the decline in economic output […] 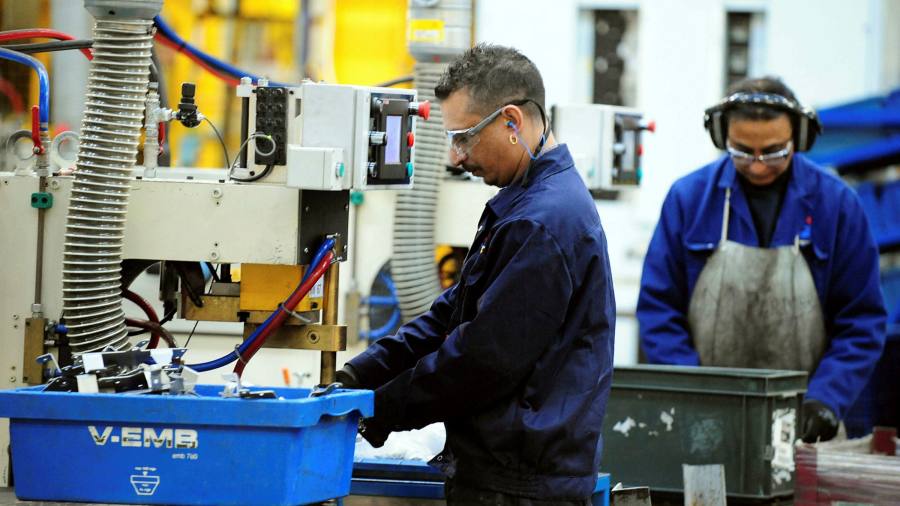