The Scottish government must “reset” a troubled relationship with business as part of bold economic interventions that will help achieve a transformative recovery from the pandemic, an influential adviser has said.

Former Tesco Bank chief executive Benny Higgins will on Monday release a report commissioned by the Scottish National party government that calls for broad reforms including accelerated investment in digital infrastructure, urgent action to save universities and streamlined planning approvals.

The report is likely to kick-start political debate in Scotland over the recovery strategy and to fuel discussion across the UK of how to ensure emergency funding helps lay the basis for a more sustainable economy.

In an interview with the Financial Times ahead of the report’s release, Mr Higgins said public and private sectors must work more closely to save vital companies and develop strategic sectors of the economy that could create the jobs needed to reduce inequality after coronavirus.

“If this crisis isn’t the catalyst to do things differently . . . then nothing ever will be,” he said.

Mr Higgins said that while companies in the financial, renewable energy and agriculture sectors were “reasonably positive” about their relations with government, others felt SNP ministers put issues such as social justice ahead of economic wellbeing.

“[In] the broader church of private businesses in Scotland, there is a sense that the Scottish government don’t care enough about them,” he said. “My plea will be: let’s acknowledge the issue, let’s recognise that both sides have to adapt . . . government and private sector have to find a new way to work together.”

Many Scottish business people have privately complained that the SNP has become less supportive under Nicola Sturgeon, Scotland’s first minister since 2014. Ms Sturgeon insists she is committed to fostering the “vibrant business base” needed to pursue greater social justice.

SNP ministers have been prepared in the past to step in to save troubled businesses such as the international airport at Prestwick, but Mr Higgins said this crisis would require far greater intervention and the government should seek to involve business leaders more in guiding its hand.

“I’m saying they are not up to the job without getting more expertise involved,” he said. “We are in a period of almost universal forbearance and support at the moment. We’ve got to move into a much more judicious and strategic approach.”

Mr Jope said he was “delighted” by the report’s stress on the need for Scotland to prioritise natural capital, job creation and support for the educational sector, “which frankly is the escape hatch for most of those who suffer from rampant inequality”.

Kevin Sneader, global managing partner of consulting firm McKinsey, said he agreed the private sector would have to work “in concert” with the state after coronavirus, warning any economic rebound would be shortlived.

“What will then happen is that we end up with a plateau where it becomes very hard to get the economy fully functioning with the jobs that are needed to avoid the inequality and the other social issues that will then follow,” Mr Sneader said.

Mr Higgins, who previously advised Ms Sturgeon on the creation of the new Scottish National Investment Bank, said making the economy greener would also help to increase national resilience – something the crisis had shown was badly needed.

He called for much faster improvement of Scotland’s digital infrastructure, saying mobile coverage needed to be expanded and cables laid to improve data connections with other countries. The report will note that virtually all Scotland’s internet traffic goes via London and the country has far less data centre capacity – a key digital economy resource – than does Wales.

He also said planning controls should be reformed to push digital infrastructure development and the expansion of Scotland’s already large renewable energy sector.

Mr Higgins, who is now executive chairman of the business that runs the vast estates of the Duke of Buccleuch, argued there was a need to rethink the fiscal framework that underpins Scottish devolution and gives Edinburgh only limited ability to borrow.

Until such a rethink, the UK government should be ready to ensure Scotland had access to the perhaps £3bn-£6bn needed to fund recovery interventions, he said.

Borrowing by the Scottish government is currently limited to up to £450m a year for capital investment and up to £600m to smooth funding for other spending. Scotland receives more grant funding when the UK government increases spending in England, but the independent Institute for Fiscal Studies has suggested its borrowing powers be expanded to make it easier to quickly draw up its own coronavirus-related policies.

Mr Higgins also stressed the importance of education in addressing inequality. He said Scotland’s universities and college sector must be fully supported through the crisis and urgent action taken to reduce disruption to primary and secondary education. The government currently plans only a partial return to schools from August.

“I’m very worried about the learning loss at the moment. We’ve got to get the kids back to school somehow,” Mr Higgins said, adding that education was vital to maintaining employment.

“The single most important thing we will do about inequality and wellbeing will be getting people into decent jobs,” he said.

Facing up to the corporate sins of the past

Mon Jun 22 , 2020
A short stroll through the City of London provides reminders aplenty of British business’s historical role in the slave trade. Leadenhall Street houses the former headquarters of the East India Company, which made liberal use of enslaved labour in its Asian empire. Lloyd’s of London, the insurance market that has […] 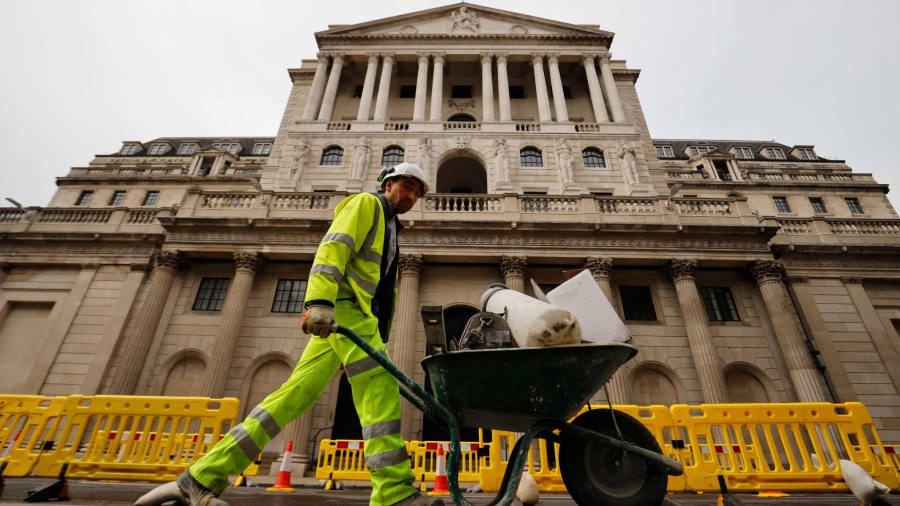