Nicola Sturgeon, Scotland’s first minister, on Wednesday announced tough new closures and restrictions on pubs, restaurants and other hospitality for 16 days from Friday in an effort to counter a rapid rise in coronavirus infections.

Ms Sturgeon told the Scottish parliament that licensed premises other than hotels across the densely populated central belt that includes Edinburgh and Glasgow would be required to close, while cafés that do not sell alcohol in the area would have to shut by 6pm.

The Scottish measures are likely to add pressure on the UK government to consider tougher measures amid a dramatic spreading of the virus that led to a doubling of cases in Scotland last week.

But they prompted immediate anguish in the Scottish hospitality industry. “[It’s] devastating for an industry that’s worked its arse off to provide a Covid safe environment and keep its team employed,” tweeted restaurateur and celebrity chef Nick Nairn.

The Scottish government also on Wednesday said it would cancel next year’s National 5 exams for fourth year secondary school pupils, but would proceed with exams for the fifth and sixth year Higher and Advanced Higher qualifications central to university admissions.

Ms Sturgeon said the new clampdown on hospitality would extend beyond the central belt to other parts of Scotland, where pubs and restaurants could only open indoors from 6am to 6pm and not sell alcohol at all. They are still permitted to open outdoors until 10pm and serve alcohol.

“The presence of alcohol can affect people’s willingness to physically distance,” she said. “Significantly restricting licensed premises for 16 days temporarily removes one of the key opportunities the virus has to jump from household to household.”

The first minister promised £40m in government support for affected businesses but, under pressure from opposition politicians to give details, said this would be worked out over the next few days.

The Federation of Small Businesses in Scotland said speedy support would be vital.

“It is frustrating that policymakers are focusing on further restricting business activities when they have failed to persuade a share of the general public to follow the rules,” Mr McRae said.

The Scottish Chambers of Commerce accused the Scottish government of a “complete and utter lack of consultation with business” on measures that would threaten jobs.

“These measures will sound the death knell for businesses across the hospitality sector, especially pubs and bars,” said Liz Cameron, SCC chief executive.

Ms Sturgeon said that while the prevalence of coronavirus in Scotland was only about 13 per cent of its peak level in March, the number of infections was growing by about 7 per cent a day and “without action” would likely return to peak levels by the end of this month.

“It is to interrupt that trajectory that we must act now,” said Ms Sturgeon.

There were 20 deaths in which Covid-19 was implicated in Scotland in the week to October 4, official data released on Wednesday showed, up 100 per cent on the previous week and the highest weekly toll since June.

Scottish Labour leader Richard Leonard said the government should focus on shutting down hospitality venues that had failed to comply with Covid-19 guidelines instead of imposing a blanket ban.

“The Scottish hospitality sector is not Sodom and Gomorrah and should not be treated as such,” said Mr Leonard in a biblical reference to two cities that were destroyed by sulphur and fire because of the wickedness of their men.

Ms Sturgeon said the government was also advising that residents of the central belt not to travel beyond their local health board region “if they don’t need to”, but was not insisting on the cancellation of October holidays that required such travel. 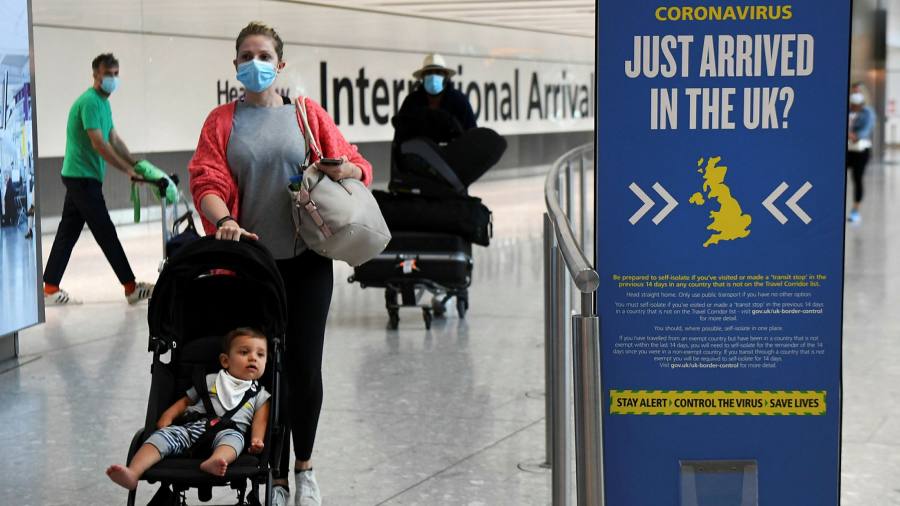