ZURICH (Reuters) – Credit Suisse (CSGN.S) shareholders should reject its compensation report and deny its leadership a discharge in an upcoming vote, a proxy advisor said, the latest fallout from a spying scandal that cost ex-boss Tidjane Thiam his job.

The bank, which holds its annual general meeting on April 30, said it took note of the advisor’s recommendations for shareholders.

Thiam was ousted in February, months after the scandal emerged in 2019 when former executive Iqbal Khan — who has since jumped to rival UBS AG (UBSG.S) — confronted a private detective hired by Credit Suisse who was trailing him through Zurich.

Thiam, whose overall compensation was 10.7 million Swiss francs (8.8 million pounds) in 2019, stands to get significant future payments, Glass Lewis said, concluding such a package did not adequately call him to account for leadership shortcomings and cultural lapses within the bank.

“While internal and external investigations showed no direct involvement in the observation incidents on Mr. Thiam’s part, the CEO accepted to take accountability for the events,” Glass Lewis wrote.

For ex-COO Bouee, pegged as the Credit Suisse executive who ordered the private detective agency to tail Khan out of concern he was seeking to lure employees to UBS, Glass Lewis said disclosures about his 2019 compensation were insufficient.

Moreover, the advisory concluded shareholders should refuse to discharge the board and management for their 2019 work, given Bouee was terminated from the executive committee with cause for actions during the year that fall under the auspices of the vote.

“Mr. Bouee’s actions have demonstrably led to reputational damage,” Glass Lewis wrote, adding the findings from a probe into the spying matter should lead most shareholders to conclude “that Mr. Bouee has failed to satisfactorily discharge his duties in the past fiscal year”.

Tue Apr 14 , 2020
The chancellor has said he will keep “under review” the government’s much-criticised emergency loan scheme as MPs and businesses call for extensions to state-backed guarantees. On Tuesday evening, Rishi Sunak said that he would look at other countries to see if the government “could learn and improve” on the bailout […] 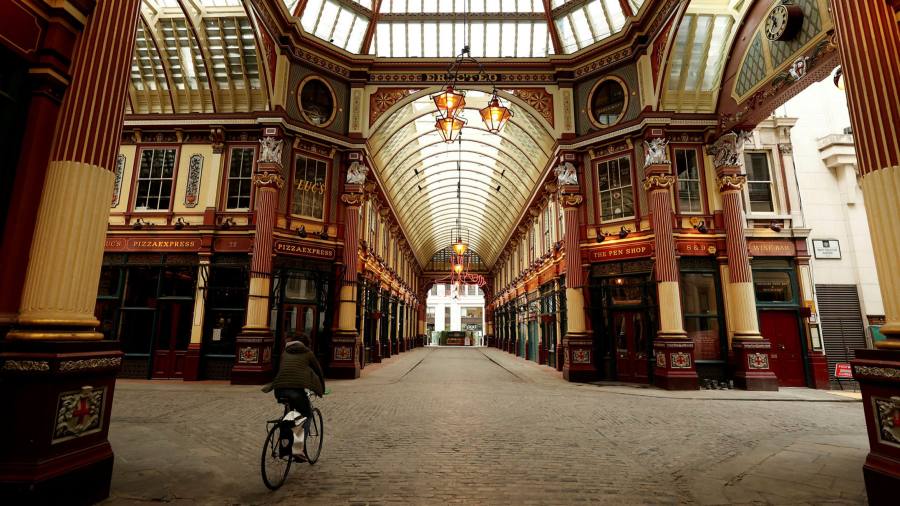