MONTREAL/SYDNEY (Reuters) – Once the airline industry’s ugly ducklings, air freighters are now flying high as some of the only airplanes still criss-crossing the skies during the global coronavirus crisis.

A undated handout picture provided on April 30, 2020, shows the interior of a passenger plane which was modified as temporary freighter, because freighters are among the rare airplanes making a living during the coronavirus disease (COVID-19) crisis, and airlines are rushing to convert their grounded passenger planes to help survive a collapse in air travel. Deutsche Lufthansa AG/Handout via REUTERS

While these aerial juggernauts hauled freight for low margins, airlines lavished advertising on business travellers and tourists. But with these customers grounded, airlines are rushing to turn passenger planes into temporary cargo carriers.

Half of air cargo normally travels in the belly of passenger jets rather than dedicated freighters. But the grounding of two-thirds of the world’s fleet has led to a scramble for cargo capacity for medical supplies and other goods.

Airlines saddled with the cost of unused planes are looking to modify cabin interiors to adjust to the new reality. And that is providing a surprise windfall for aircraft maintenance companies deprived of their normal trade of keeping passenger jets flying, industry executives told Reuters.

Germany’s Lufthansa Technik AG, Canada’s Avianor, Hong Kong’s HAECO Group and Belgium’s Akka Technologies are among those stripping out seats or adding nets and storage devices to cabins to cram in cargo instead of tourists.

“We have great demand. We have more than 40 airlines requesting a proposal,” said Jens Weinreich, product manager at Lufthansa Technik, which has converted 18 cabins for various carriers and expects to modify 100 more.

Lufthansa-owned Austrian Airlines has begun to remove most passenger seats in some 777s, while Polish LOT and Delta Air Lines are also examining freight makeovers.

Leeham analyst Bjorn Fehrm said airlines could keep running mixed cabins with passengers and cargo sharing the space even after the crisis, like a flying station-wagon.

“Freight prices can go back down quite a bit and it still makes sense,” Fehrm said of the conversions.

But while freight Investor Services said China-U.S. freight rates rose 22% last week due to demand for protective gear, cargo demand has been fickle in the past and the outlook for trade is uncertain in the wake of the pandemic.

“We have seen a real resurgence of freight in the past month … but we are on the edge of a global recession and the normal pattern of recession should start to take hold,” Stuart Hatcher, chief operating officer of IBA Aero, told a webinar

Avianor, which specializes in maintenance and cabins, said demand from Air Canada has helped overcome the slowdown, while European planemaker Airbus has come up with a scheme to turn cabins into temporary bays for freight pallets.

This is a change of mindset for airlines, who focus obsessively on cabin layouts to promote their customer brands.

Some previous Boeing 737s operated by specialists like France’s ASL Airlines allow three people to do a “Quick Change” in just 20 minutes, with rows of seats taken out through a side door to allow passengers to fly by day and cargo by night.

Newer jets tend to be optimised for passenger service and it takes a week to prepare one for cargo.

But there could be other benefits to a mixture of cargo and people. HAECO said its product allows for a mix of passenger seats and freight, which would help with social distancing.

The surge in demand for cargo conversions has led airlines to appeal for a global set of rules from aviation authorities.

“For the time being, this will generate business for engineering houses such as ourselves. In the mid-term, the traffic will take time to recover,” board member Charles Champion, a former Airbus engineering head, said.

Cabin modifications will not compensate entirely for the crisis that has caused widespread jobs cuts and forced airlines like Lufthansa to seek help, but will deliver some work, Lufthansa Technik modifications chief Henning Jochmann said.

“That will not save our lives … but we do what we have to do.”

Reporting by Allison Lampert in Montreal, Jamie Freed in Sydney and Tim Hepher in Paris; Additional reporting by Julie Rimbert in Toulouse; Editing by Alexander Smith

Thu Apr 30 , 2020
Lawyers and trade unions say UK employers could face a barrage of legal action from employees over inadequate measures to protect them from the spread of Covid-19 when lockdown eases. Alok Sharma, business secretary, will this weekend produce “workplace by workplace” guidance on how companies can safely reopen to workers, […] 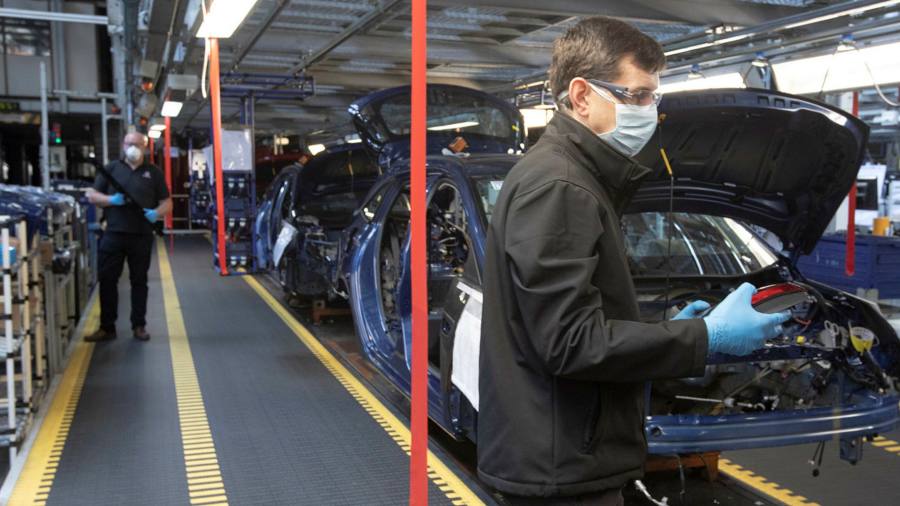