FILE PHOTO: A worker assembles an engine for a Mercedes-Benz S-class model at the Daimler Powertrain plant in Bad Cannstatt, as the spread of the coronavirus disease (COVID-19) continues near Stuttgart, Germany, April 22, 2020. REUTERS/Andreas Gebert/File Photo

BERLIN (Reuters) – Mercedes-Benz maker Daimler (DAIGn.DE) has seen business stabilise in China after the country ended coronavirus lockdowns, a senior manager at the German carmaker told a newspaper on Sunday.

“In China alone, we sold around 50,000 vehicles again in March. That makes us confident,”, said Markus Schaefer, managing board member for production, told Bild am Sonntag newspaper.

Mercedes-Benz delivered a total of approximately 477,400 passenger cars worldwide between January and March. The report did not say how many of those went to customers in China, who bought 694,200 Mercedes-Benz cars last year, 29% of total sales.

Starting Monday, cars are set to roll off Daimler’s assembly line again in Germany. The Sindelfingen and Bremen passenger-car plants will start production of E- and S-Class vehicles.

China is the largest market for the S-Class built in Sindelfingen. Normally several hundred vehicles roll off the assembly line in Sindelfingen every day.

“We won’t reach this number right away when production starts next week,” said Schaefer.

Daimler reported a plunge of nearly 70% in first-quarter operating profit on Thursday due to the pandemic and warned that the cash flow it uses to pay dividends would fall this year.

Sun Apr 26 , 2020
Britain’s warehouses will be full within weeks, the industry has warned, as unsold goods clog up storage and tens of thousands of containers a week pile up at UK ports. The UK Warehousing Association said the “lack of available warehouse space in the face of Covid-19 restrictions is reaching a […] 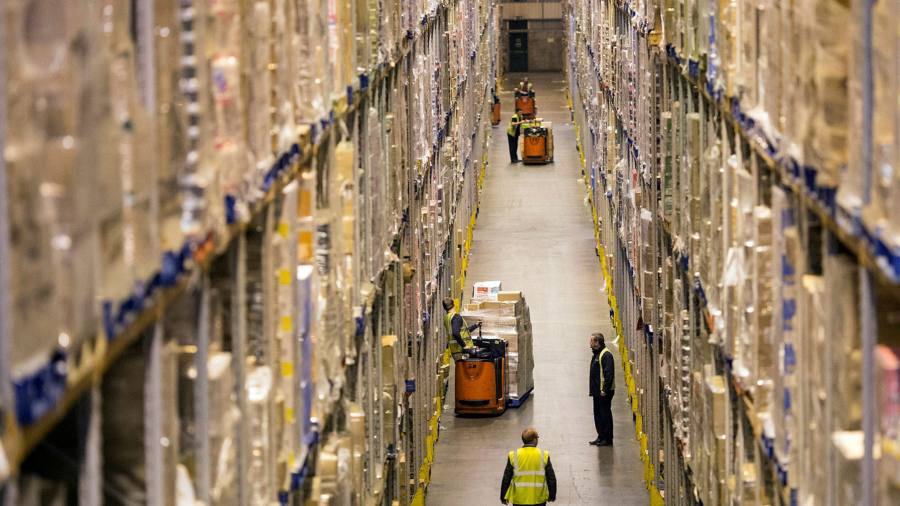