TOKYO (Reuters) – Consumer prices in Japan’s capital city fell for the first time in three years in April and national factory activity slumped, data showed on Friday, increasing worries the coronavirus pandemic could tip the country back into deflation.

The darkening outlook in the world’s third-largest economy is already heightening calls for bigger spending, even after parliament approved an extra budget to fund a $1.1 trillion stimulus package to cushion the blow from the pandemic.

“The government will work with the central bank to ensure Japan absolutely does not slip back into deflation,” Economy Minister Yasutoshi Nishimura told a news conference on Friday.

Core consumer prices in Tokyo, a leading indicator of nationwide inflation trends, slipped 0.1% in April from a year earlier, government data showed, dashing expectations for a 0.1% rise and following a 0.4% increase in March.

It was the first year-on-year decline since April 2017.

While the drop was largely due to slumping energy costs following the collapse in the crude oil price, it has consolidated expectations that Japan will see consumer prices fall in coming months as the economy feels a sharper hit from the pandemic.

A separate business survey on Friday confirmed Japan’s factory activity shrank at its fastest pace in more than a decade in April, as the coronavirus hurt output and new orders.

Japan suffered nearly two decades of deflation – or sustained periods of price declines – until 2013, when Prime Minister Shinzo Abe’s “Abenomics” stimulus policies helped revive parts of the economy out of the doldrums.

Abe has touted an end to deflation as among key successes of his policies, which included bold monetary easing undertaken by his hand-picked Bank of Japan Governor Haruhiko Kuroda.

But the coronavirus pandemic has taken a heavy economic toll and stoked fears of a return to falling prices.

Many analysts believe Japan is already deep in recession as government requests for citizens to stay home and businesses to shut down chill consumption, while similar curbs elsewhere have triggered a collapse in global trade.

Shinke expects Japan’s economy to have contracted an annualised 4.6% in January-March and at least another 20% in the current quarter. BNP Paribas expects an even bigger contraction of 36.8% in the April-June period.

The dismal projections have loudened calls for policymakers to ramp up already massive fiscal and monetary support.

The BOJ boosted monetary stimulus at its policy meeting this week and pledged to flood more money into the ailing economy.

Minutes of the BOJ’s March rate review showed board members voicing concerns about a cash squeeze for small firms, spiking unemployment and a slump in business spending.

“It’s uncertain whether Japan’s economy can make a strong rebound even after the pandemic is contained,” several BOJ board members were quoted as saying at the March meeting.

Kuroda said on Thursday the BOJ may hold an emergency meeting before a scheduled rate review in June to set up incentives for financial institutions that boost lending to small firms.

Japan is expected to extend its state of emergency for containing the coronavirus as early as Monday, public broadcaster NHK reported, even as other countries reopen.

Japan has had more than 14,000 confirmed cases of the coronavirus and 436 deaths, according to an NHK tally.

Fri May 1 , 2020
The Treasury is in talks with business groups to allow companies to claim support from its “furlough” scheme for staff returning to work part-time under plans for a gradual reopening of the economy in the coming months. Under the £40bn “job retention scheme” the government covers 80 per cent of […] 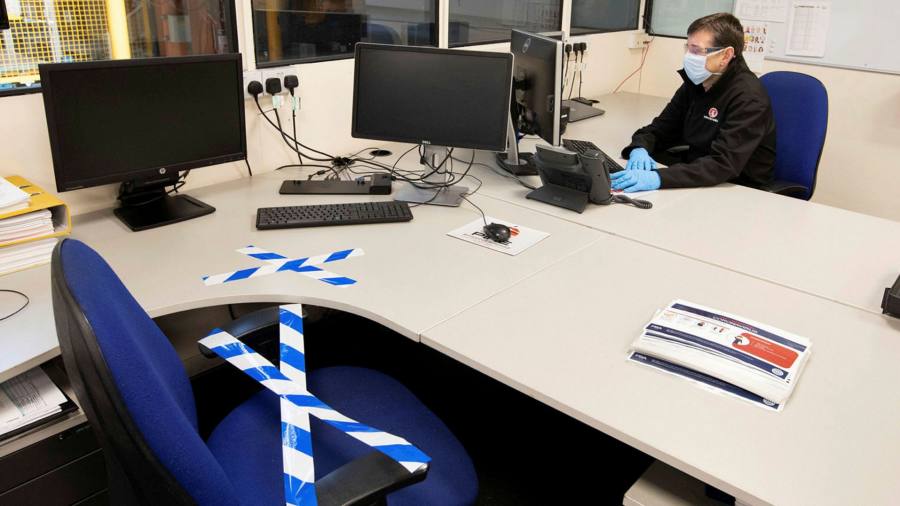