LONDON (Reuters) – The derivatives industry has indicated support for hardwiring into contracts a clear path forward if there is a sudden death of Libor, the interest rate benchmark that is due to expire by the end of 2021.

The International Swaps and Derivatives Association (ISDA) – whose documentation underpins millions of transactions in the global swaps market – announced late on Wednesday preliminary findings from its second attempt to secure agreement on what happens when Libor ends.

Libor’s days are numbered because banks were fined billions of dollars for trying to rig the London Interbank Offered Rate benchmark, and regulators want a switch to alternatives compiled by central banks themselves.

Global regulators have called for clarity to be built into contracts over which alternative interest rate becomes the “fallback” rate for swaps once Libor ceases at the end of 2021.

They also want transparency on the rate used if Libor was deemed by regulators to be unsafe before the end of 2021, something known as a pre-cessation fallback.

An initial public consultation on fallbacks failed to find consensus. Instead, there were calls for different approaches.

Regulators told ISDA to ask again, saying they want no “optionality” for replacing Libor as such an approach could fragment markets.

The broader market has already agreed that for sterling- denominated financial transactions, the alternative to Libor is the Sonia overnight rate compiled by the Bank of England. For dollar contracts it is the Sofr rate set by the Federal Reserve.

ISDA said late on Wednesday that preliminary findings from its second consultation indicate that a “significant majority” of respondents support including pre-cessation and permanent cessation fallback rates in the same swap transaction documentation for new and outstanding trades.

Such a preliminary announcement is unusual and a sign of how much it was keenly awaited by regulators and the industry, given how the clarity will influence how longer-dated contracts will now be priced.

The development cuts the risk of legal uncertainty over how to price an outstanding contract if Libor suddenly disappeared, and ISDA documentation is likely to be amended by year end.

“This is really significant because it will allow ISDA to press ahead with finalising the way forward in the critical derivatives market and give impetus to other markets to progress their own solutions,” said Rupert Lewis, head of banking litigation at the Herbert Smith Freehills law firm.

“Moreover, this should avoid different derivative contracts switching away from LIBOR at different times, which would have created mismatches between different parts of a portfolio.”

Regulators said this week they were sticking to their end of 2021 deadline for ending the use of Libor even though parts of the market warn this would be harder due to disruption caused by the coronavirus pandemic.

Thu Apr 16 , 2020
One quarter of companies in the UK have temporarily closed because of the lockdown and the majority of those still operating have reported lower turnover, according to the largest survey on the toll the virus has taken on trading. Of the 5,300 businesses that responded to the survey run by […] 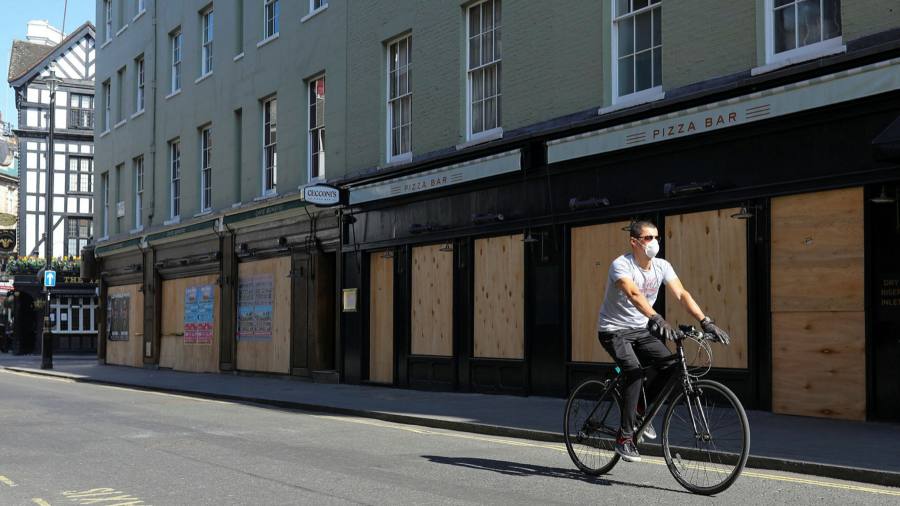