BERLIN (Reuters) – Deutsche Bank (DBKGn.DE) beat first quarter earnings forecasts, lifting its shares, though the German lender warned it might miss its capital requirement target this year as it extends credit and defaults spike due to the COVID-19 pandemic.

In an unscheduled statement late on Sunday, Deutsche Bank said it expected to report quarterly net income of 66 million euros ($71.42 million) on revenue of 6.4 billion euros. Provisions for credit losses hit 500 million euros, more than three times higher than a year ago.

Deutsche Bank said it would give full details of the results as planned on Wednesday.

Analysts had expected the bank to post a net loss in the quarter and revenue of 5.7 billion euros. The figures indicate that Deutsche, like its competitors on Wall Street, got a revenue lift from a surge in trading as markets swung wildly.

Its shares jumped almost 12% on Monday morning in Frankfurt.

. Andreas Thomae, a fund manager with Deka Investment, said the profit and revenue figures look “very positive” and that the loan loss provisions were still reasonable.

Deutsche Bank has been trying to engineer a turnaround, and some executives and investors privately fear that the pandemic could stall the bank’s restructuring efforts.

“We are firmly committed to mobilising our balance sheet to support our clients, who need us now even more,” Chief Executive Officer Christian Sewing said.

Germany’s biggest lender said it was possible that the bank would fall “modestly and temporarily” below its previous common equity tier 1 (CET 1) target of at least 12.5% due to the current global recession sparked by the coronavirus.

“This revised outlook acknowledges that credit extension to support clients at this time could increase risk weighted assets for several quarters,” it said, adding that pending regulatory changes could also improve the bank’s reported CET 1 ratio.

Deutsche said it remained committed to keeping a “significant buffer” above its regulatory requirements.

Andreas Plaesier, an analyst with Warburg Research, said that the bank needs to make sure the ratio doesn’t fall toward 11%. “This could lead to renewed questions about capital strength and speculation about a capital increase,” he said.

The bank said it was also unlikely to reach its 2020 fully-loaded leverage ratio target of 4.5% without regulatory adjustments to the leverage ratio calculation.

It confirmed its other financial targets, including for 2020 adjusted costs excluding transformation charges and reimbursable expenses of 19.5 billion euros.

Deutsche Bank already warned last month that the impact of the coronavirus outbreak may affect its ability to meet its financial targets as the bank undergoes a major revamp after years of losses.

Last year, Deutsche posted a 5.7 billion euro loss, its fifth in a row, as the cost of its latest turnaround attempt hit earnings.

Until the outbreak of the coronavirus in Europe, things had been looking up for Deutsche this year. Its shares had rallied, it successfully issued a risky bond, regained market share in Germany and added a new top investor.

Credit ratings agencies have lowered their outlooks for banks in Germany and throughout Europe.

S&P last week tweaked its outlook for Deutsche to negative from stable, noting the bank’s restructuring was “fundamentally on track” but acknowledged “substantial downside risks”.

Mon Apr 27 , 2020
The boss of aeroplane maker Airbus has warned that it is “bleeding cash at an unprecedented speed” and that its survival is under threat without immediate action. In an internal letter, chief executive Guillaume Faury warned the company’s 135,000 staff to brace for potentially deeper cuts. Airbus recently slashed production […] 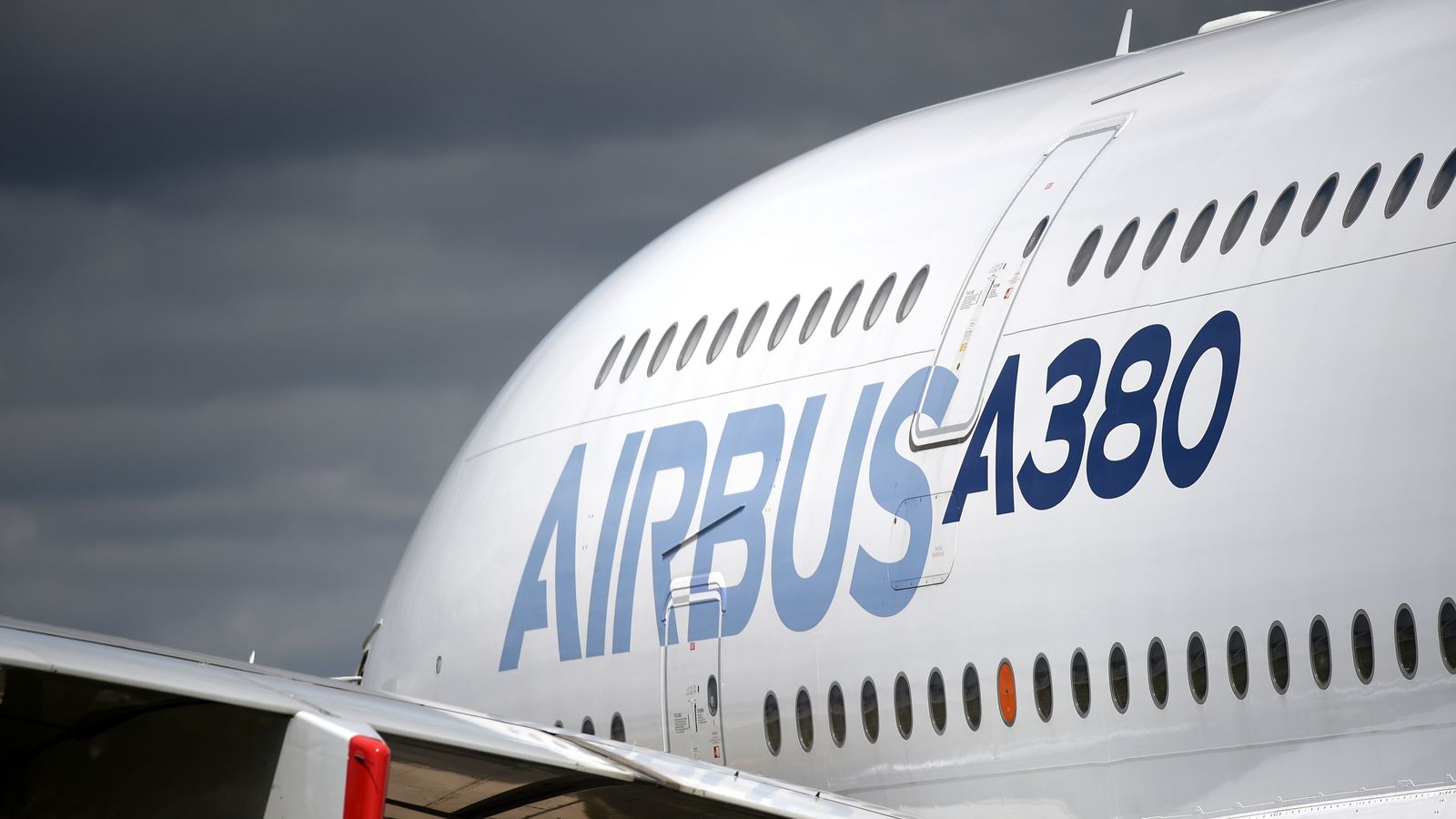