US dollar and Chinese yuan arranged for a photograph on September 7, 2017.

The dollar inched up in early Monday trade as riskier currencies slipped after negotiation on a U.S. stimulus package ran into resistance and as the yuan dropped after China’s central bank took a measure seen as aimed at curbing its strength.

The U.S. dollar index edged up to 93.108, bouncing back from Friday’s near-three-week low of 92.997. The index saw its biggest loss in six weeks on Friday on hopes that a deal for new U.S. stimulus would be reached.

But Trump’s offer drew criticism from several Senate Republicans, many of whom are uneasy about the nation’s growing debt and concerned a deal would cost Republicans support in the upcoming presidential election, denting the risk-on mood.

Still, with Nov. 3 election only weeks away, investors bet that Democrat Joe Biden is more likely to win the U.S. presidency and offer a larger economic package.

“Over the past few days, the markets seem to assume Biden will win the election. Trump seems desperate to get a deal but his comments are getting treated like a noise,” said Yusuke Okada, manager of forex at Mitsubishi Trust Bank.

“But I do think we could see a return of political uncertainties by the election. Markets seem to have priced in only the good news,” he added.

The offshore Chinese yuan dropped after the People’s Bank of China (PBOC) said it will lower the reserve requirement ratio for financial institutions when conducting some foreign exchange forwards trading.

Analysts said the measure could keep the yuan’s strength in check by encouraging the use of forwards.

“The authorities have not stood in the way of yuan strength, but this move could be seen as a sign that they want to slow the pace of appreciation,” wrote Khoon Goh, head of Asia Research at ANZ in Singapore.

“Our interpretation is that removing the reserve requirement is intended to encourage firms to hedge in order to manage currency risk. It also enhances the foreign exchange market structure by making it easier for foreign investors to hedge their onshore portfolio investments.”

The yuan hit a 17-month high on Friday, both in onshore and offshore trade, having gained more than 6% against the dollar since late May driven by a favourable yield differential between China and other major economies.

“The yuan has been supported by the relative strength of the Chinese economy as China has managed the coronavirus much better than some other countries,” said Masashi Hashimoto, senior economist at Institute for International Monetary Affairs in Tokyo.

“But the Chinese authorities now appeared to have grown wary of the yuan’s strength,” he said.

Elsewhere, sterling traded at $1.3035, having reached a one-month high of $1.3050 on Friday on guarded optimism about Brexit negotiations ahead of a European Union summit this week.

British Prime Minister Boris Johnson has set a deadline of the Oct. 15 EU summit for a deal with the union.

Trade is a tad slow overall, due to a holiday in U.S. money and bond markets on Monday.

Mon Oct 12 , 2020
Liverpool city region is expected to go into the highest tier of England’s new lockdown system and the measures could last up to six months, Sky News understands. Pubs, bars, gyms, casinos and bookmakers are expected to close on Wednesday, while restaurants, schools and universities are set to remain open. Local […] 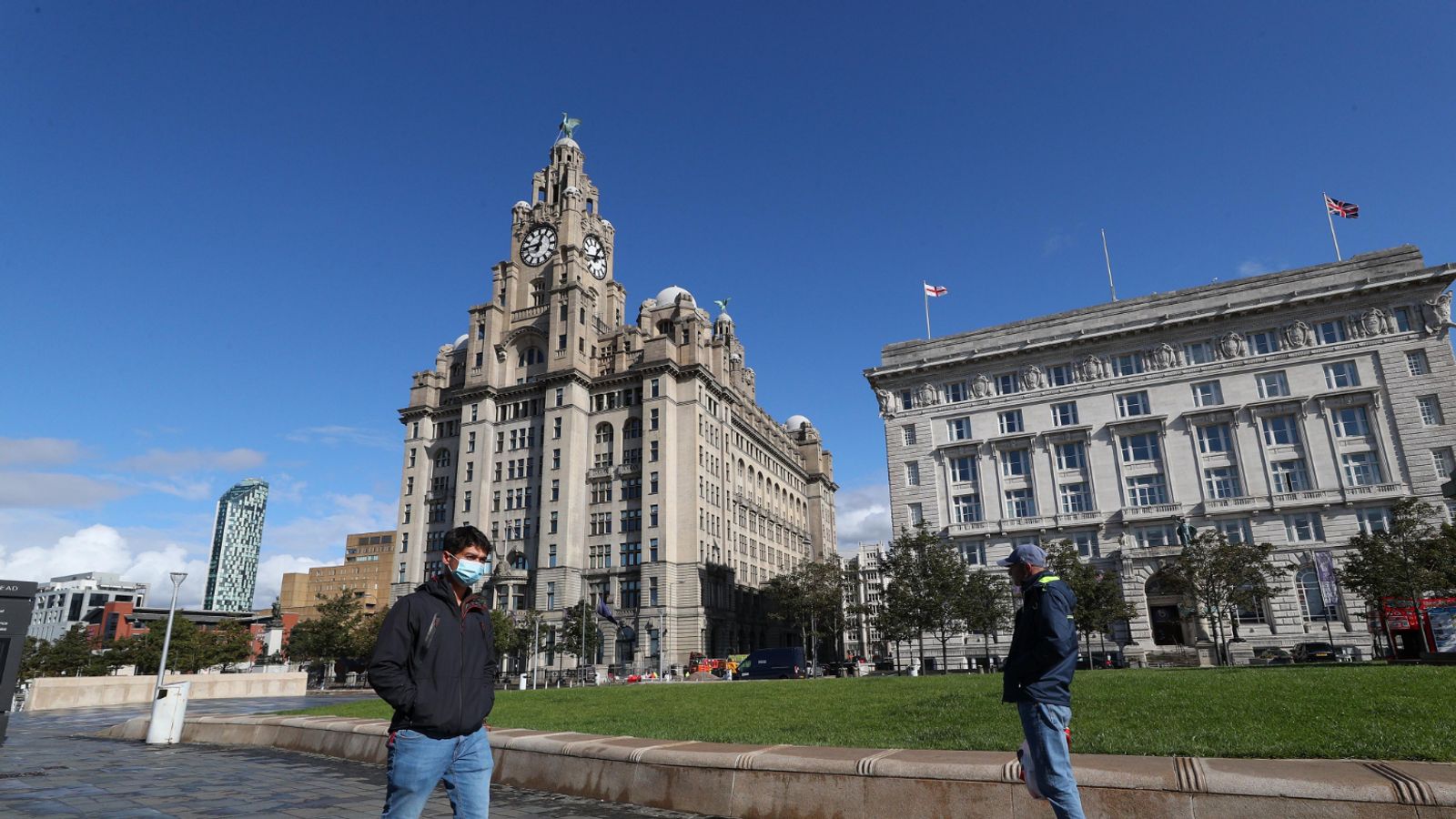