The dollar steadied against major currencies on Monday as traders looked to more data for a gauge on the health of the global economy and the Federal Reserve’s annual Jackson Hole retreat for guidance on the outlook for U.S. monetary policy.

Sentiment for the greenback has improved somewhat due to supportive data on business activity and home sales, but there are still concerns that additional monetary easing may be necessary to keep economic growth on track.

Traders in the yuan, and across the broader financial markets, are also nervously watching Sino-U.S. ties as President Donald Trump’s wide-ranging diplomatic dispute with China shows no signs of abating.

“There could be a short-term bounce in the dollar, especially against the euro,” said Junichi Ishikawa, senior foreign exchange strategist at IG Securities in Tokyo.

“In the long term, the dollar will resume its decline because the Fed has to commit to aggressive easing for an very long time.”

Against the euro, the dollar held steady at $1.1803, clinging onto gains made late last week.

The yen held steady, with the dollar changing hands at 105.76 yen, showing little reaction after Japanese Prime Minister Shinzo Abe entered hospital on Monday amid speculation about his health.

This year the meeting will be held online, and not at the hunting and fishing resort of Jackson Hole, Wyoming because of the coronavirus pandemic.

The quantitative easing that the Fed has deployed so far has flooded financial markets with excess liquidity and weighed on the dollar.

Last week the dollar index against a basket of six major currencies fell to the lowest in more than two years. It was last trading at 93.155, little changed from Friday.

The world’s policymakers have unleashed an unprecedented wave of monetary easing and fiscal support to offset the economic drag caused by the pandemic.

However, many countries are now battling a second wave of infections, which could further delay a full-fledged economic recovery. As usual, investors will also be watching out for a further run of data this week for clues on the global economy, including a second estimate of U.S. GDP for the second quarter as well as weekly jobless claims and some second tier Asian indicators.

The euro was on the defensive following disappointing manufacturing and services sector data for Europe released on Friday.

The common currency’s next major hurdle is the release of the closely-watched Ifo sentiment survey on Tuesday.

The euro has pulled back slightly from a two-year high versus the dollar reached last week, which makes it vulnerable to short-term profit taking, some analysts say.

Net short positions in the dollar declined from a more than nine-year high hit a week earlier, according to calculations by Reuters and U.S. Commodity Futures Trading Commission data released on Friday, which suggests that the greenback’s declines could start to slow.

The speculative community has been short the U.S dollar since mid-March.

The onshore yuan traded at 6.9175, little changed on the day amid lingering doubts about frayed U.S.-China ties.

Trump on Sunday raised the possibility of decoupling the U.S. economy from China as part of a broad-ranging dispute with Beijing over China’s role in global trade and advanced technology.

The Australian dollar edged up to $0.7175 after the state of Victoria reported its lowest daily rise in new coronavirus infections in seven weeks on Monday, fuelling optimism that a deadly second wave there is subsiding.

Mon Aug 24 , 2020
Britain appears to be on course to enjoy a record-breaking economic recovery in the third quarter, fuelled by consumers who are spending again after the coronavirus lockdown and a planned reopening of schools. Although the UK economy has been hit hard during the pandemic — it recorded the sharpest fall […] 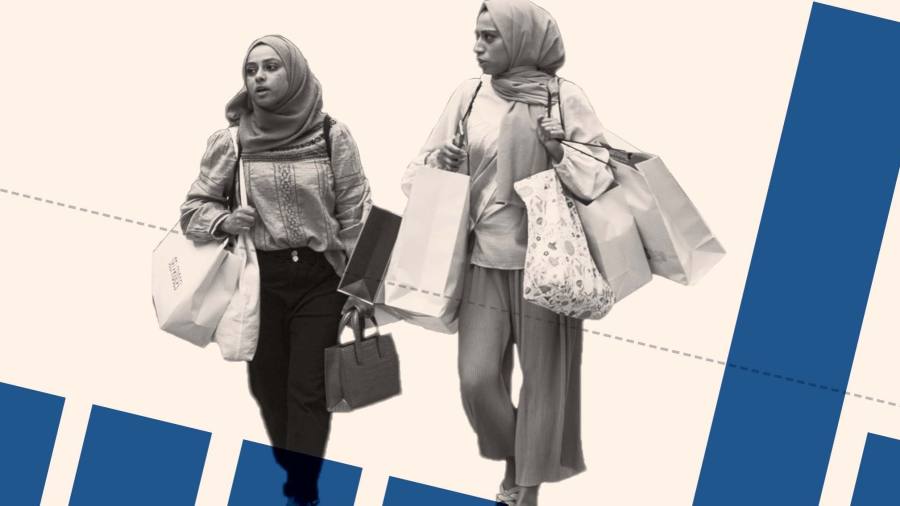