SINGAPORE (Reuters) – The dollar inched higher, stock markets struggled for traction and oil dropped on Monday as a U.S.-China spat over the origin of the coronavirus put the brakes on optimism about an economic re-start as countries around the world ease restrictions.

FILE PHOTO: People wearing protective face masks, following an outbreak of the coronavirus disease (COVID-19), look at a stock quotation board outside a brokerage in Tokyo, Japan, March 10, 2020. REUTERS/Stoyan Nenov

In thinned trade, with China and Japan on holiday, U.S. stock futures ESc1 were last down 0.7%. FTSE futures FFIc1 fell 0.6% and European shares seemed set to return from a May Day break with a slump. EuroSTOXX 50 futures STXEc1 fell 3%.

U.S. crude CLc1 snapped three sessions of gains with a 6% drop and the safe-haven U.S. dollar rallied to one-week highs against the risk sensitive Australian and New Zealand dollars.

MSCI’s broadest index of Asia-Pacific shares outside Japan .MIAPJ0000PUS fell 2.5%, pulled down by Hong Kong where the Hang Seng .HSI returned from a two-session holiday with its biggest drop in six weeks. [.HK]

The moves extended a dour start in May which began on Friday with bleak U.S. data and the threat of fresh trade-war hostilities between the world’s two biggest economies.

U.S. President Donald Trump and Secretary of State Mike Pompeo added to worries with fresh efforts to pin blame for the pandemic on China, where the new coronavirus outbreak is believed to have originated.

The latest salvo came from Pompeo on Sunday who said there was “a significant amount of evidence” that the virus emerged from a laboratory in the central Chinese city of Wuhan.

Pompeo did not provide evidence, or dispute a U.S. intelligence conclusion that the virus was not man-made while an editorial in China’s Global Times said he was “bluffing,” calling on the United States to present the evidence.

But Pompeo’s comments double down on Washington’s pressure on China as U.S. deaths and economic damage mount.

An editorial in China’s Global Times said Pompeo did not have any evidence the virus came from the lab in Wuhan and that he was “bluffing,” calling on the United States to present the evidence.

“The risk of a pullback has increased this week,” said Chris Weston, head of research at Melbourne brokerage Pepperstone.

“The United States is not alone in publicly taking aim at China, but whether it’s Trump, Kudlow or Pompeo the narrative is more frequent, and traders are selling yuan,” he said.

With Chinese markets shut on the mainland, offshore yuan shot out to a six-week low of 7.1560 per dollar before clawing back to flat CNH= by mid-session.

An increase in tension between Washington and Beijing comes as the pandemic wallops the world economy.

Asia’s factory activity was ravaged in April, business surveys showed on Monday, and the outlook dimmed further as restrictions on movement to contain the coronavirus outbreak froze global production and slashed demand.

In the United States, manufacturing plunged to an 11-year low last month, consumer spending has collapsed and some 30.3 million Americans have filed claims for unemployment.

“Trump is looking to get re-elected,” said Nomura’s joint head of APAC equity research Jim McCafferty, likening his attacks on China to “Japan-bashing” by then-president Ronald Reagan in the 1980s.

“We’ve seen this before,” he said. “And I think as governments around the world become increasingly domestically focused…finding a villian elsewhere makes a lot of sense.”

That means a challenge for investors looking for income which seems to have, for now, stumped even billionaire Warren Buffett.

Buffett’s firm, Berkshire Hathaway (BRKa.N), made an almost $50 billion loss in the first quarter, but ended it with a record cash pile and nothing to spend it on.

Buffett said he remains keen on making a big acquisition, but has not provided financial support to companies as he did during the 2008 financial crisis because he saw nothing attractive enough.

Elsewhere in currency markets, the safe-haven yen JPY= rose 0.2% to 106.72 per dollar while the euro, pound and New Zealand dollar slipped in trade considerably lightened by the “Golden Week” holiday in Japan, which runs until trade resumes on Thursday.

In commodity markets, U.S. crude futures recovered from early lows but were kept under pressure by worries about oil oversupply and crumbling demand, even as some U.S. states and cities start to ease coronavirus pandemic restrictions. [O/R]

The U.S. April jobs report will be released on Friday, but some analysts say it may not fully reflect how many people have been thrown out of work.

Mon May 4 , 2020
Boris Johnson is expected to outline full details of how the UK will exit lockdown on Sunday – three days after the government must review the current restrictions, Sky News has learned. Businesses and trade unions spent the weekend in consultation with ministers, looking to establish a strategy for reopening […] 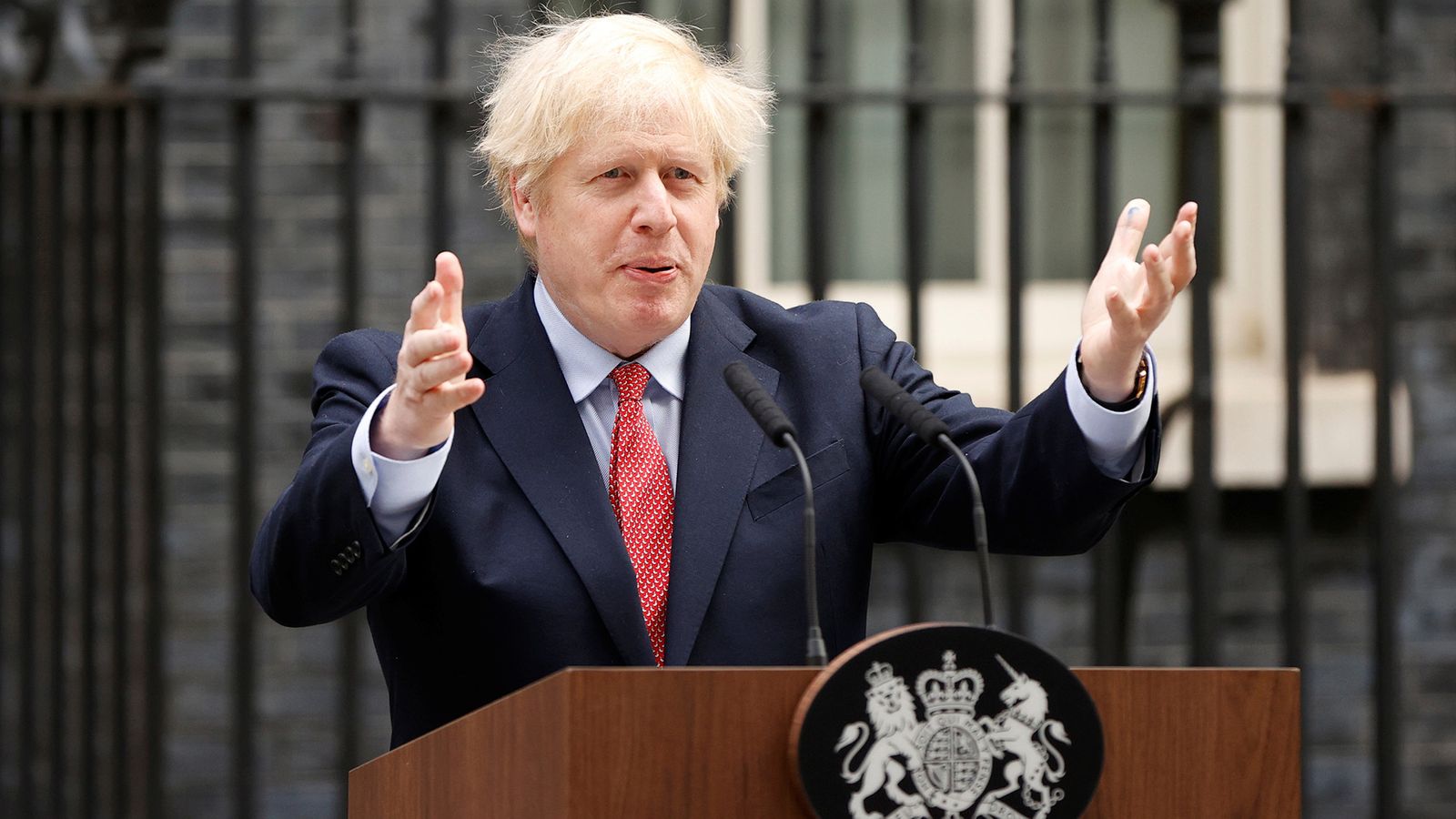