Thousands of people intending to use the government’s free Pension Tracing Service to track down a lost pension have been wrongly directed to a commercial website linked to a fee-charging adviser.

The websites of more than 40 organisations — including the Department for Work and Pensions, several of the UK’s biggest pension providers and consumer group Which? — were found to have directed consumers to a similarly named commercial website rather than the official service.

It has been estimated that some £20bn of savers’ cash is sitting in dormant accounts, with the average pot worth £13,000.

The government-run Pensions Tracing Service was set up in 2016 to help reunite consumers with “lost” retirement savings by searching an online database with contact details of more than 200,000 workplace and personal pension schemes.

The free official service is accessed via gov.uk/find-pension-contact-details but the Department for Work and Pensions and others had been mistakenly been directing web users to pensiontracingservice.com, a website managed by a Northampton-based firm of independent financial advisers.

The DWP has launched an internal investigation after it was brought to its attention that it was wrongly steering consumers to a commercial service.

“We are aware that an incorrect link was used on our website and externally,” said the DWP.

“We amended it as soon as it was brought to our attention and are looking into how this error occurred.”

The pensiontracingservice.com is a trading name of the Better Retirement Group, an authorised whole-of-market IFA. It does not charge for tracing pensions, but those who want to take advantage of a review of their pension options with a BRG adviser can do so for a minimum fee of £500.

Since 2013, more than 60,000 people have used the website to find their pensions, with the website saying it has found more than £350m in lost retirement pots.

Small print at the bottom of the website reads: “This service is not affiliated with the Department of Work and Pensions or any government body.”

However, this was not enough to alert pension providers including Royal London, LV= and Now Pensions, Lloyds Bank, Which? and several investment management groups that their websites were not directing users to the official service.

Stuart Bayliss, executive chairman of the Better Retirement Group, said the intention was not to “confuse people” with the website name.

“The website has actually been in operation since 2013 and the trademark registered since 2015, well before the government’s pension tracing website was launched in 2016,” said Mr Bayliss.

“We are not seeking to confuse people. We are seeking to improve access to a service because what we offer goes beyond what the government service does.”

The government’s pension tracing service only provides the contact details of the pension administrator or employer. The individual will then need to make contact to find out whether they have a pension, what its value might be and request for it to be paid out or transferred.

Commercial services can find the missing pension and provide the individual with an indication of value, what they are paying in charges, and how these fees compare across the market.

For a fee, the individual can then ask a qualified adviser formally to review their pension options.

Which? said: “We have replaced the incorrect link with the appropriate government website details. We take our role as an expert source of trustworthy advice extremely seriously and on this occasion, owing to simple human error, we fell short of our standards.”

Lloyds said: “We are looking into why the same link to the government’s pension tracing site was not used across our brands and the link on the Lloyds Bank site has been removed.”

The errors were uncovered by the UK Care Guide, an online resource for individuals looking for information about care options.

“We were contacted by a site user who was trying to find a lost pension via the government’s pension tracing service,” said William Jackson, chief engagement officer at the UK Care Guide.

“They found that a leading UK organisation’s website directed them to a site that clearly was not that of the government.”

Further investigation found that large numbers of financial organisations were linking to pension tracing websites that “they probably didn’t intend to”.

“The fact that the DWP itself seems to have been offering links to this service is further evidence that much more must be done to take the matter seriously,” said Baroness Ros Altmann, a former pensions minister.

The Financial Conduct Authority said the government’s free pension tracing service was “likely to be the best source of assistance for most consumers looking for a lost pension”.

“Regulated firms should be clear, fair and not misleading in their communications — so if links to commercial providers were sent to customers in error, we would expect firms to rectify this,” said the FCA.

Fri Jun 12 , 2020
Airbus has warned that its UK employees face “more permanent” job cuts than counterparts in France or Germany, which are both planning to maintain wage subsidy schemes for up to two years to offset the economic impact of the coronavirus pandemic. Guillaume Faury, chief executive of Europe’s aerospace champion, also […] 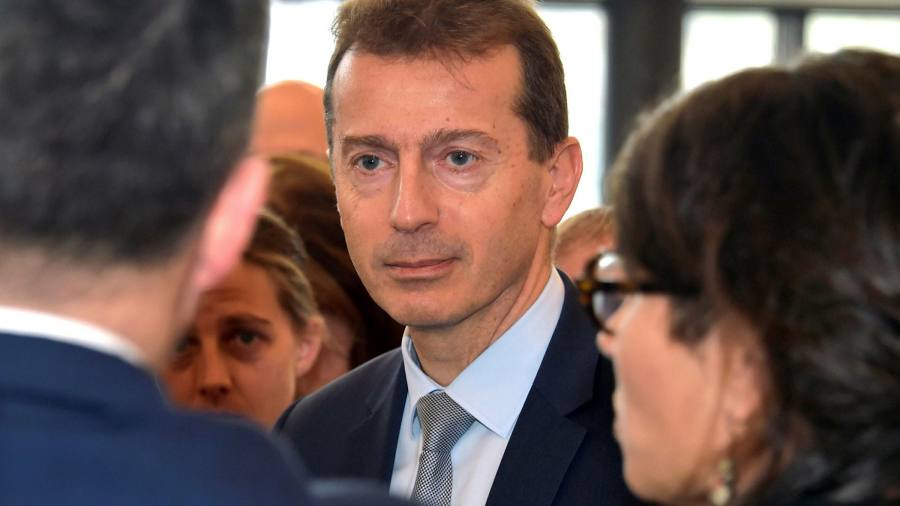