FILE PHOTO: People walk near The Gate building at the financial and business district Dubai International Financial Center (DIFC) in Dubai, February 2, 2012. REUTERS/Jumana El Heloueh DUBAI (Reuters) – Dubai could see a recession of around 5.5% in 2020 as it faces about $10 billion (8.1 billion pounds) in […]

DUBAI (Reuters) – Dubai could see a recession of around 5.5% in 2020 as it faces about $10 billion (8.1 billion pounds) in debt maturities this year while revenues are expected to drop in line with the pattern of the 2009 crisis, Bank of America (BAC.N) said in a research note.

Measures to stem the spread of the coronavirus have dealt a blow to Dubai’s economy, bringing vital industries like tourism and aviation to a near halt.

Bank of America estimates that Dubai’s fiscal deficit could widen to $4.4 billion, or 3.9% of GDP, and could be as high as 5.3% if interest payments on a loan from Emirates NBD (ENBD.DU), Dubai’s biggest lender, are included.

Financing of the fiscal deficit or liquidity injection into government-related entities (GREs) will likely primarily be via loans from ENBD, Bank of America said. Dubai could also draw on $1.4 billion in deposits at ENBD or issue privately placed bonds.

International Monetary Fund data puts Dubai government and GRE debt at 110% of GDP, unchanged in nominal terms since the 2009 global financial crisis, but Bank of America said “more corporate distress” was possible in a sustained downturn.

“Sustained revenue losses could generate corporate solvency concerns if the recovery is shallow,” it said.

It said it expected the government and banks to receive support from oil-rich Abu Dhabi and the UAE central bank, if needed, but that debt redemptions from Dubai government companies in the coming years were more at risk.

Sources told Reuters this month that the governments of Abu Dhabi and Dubai were discussing ways to prop up Dubai’s economy by linking up assets in the two emirates. Dubai denied the report.

Sun May 31 , 2020
BRUSSELS (Reuters) – European trade commissioner Phil Hogan is considering putting his name forward as a candidate to be the next director-general of the World Trade Organization, his spokesman said on Sunday. FILE PHOTO: European Trade Commissioner-designate Phil Hogan of Ireland attends his hearing before the European Parliament in Brussels, […] 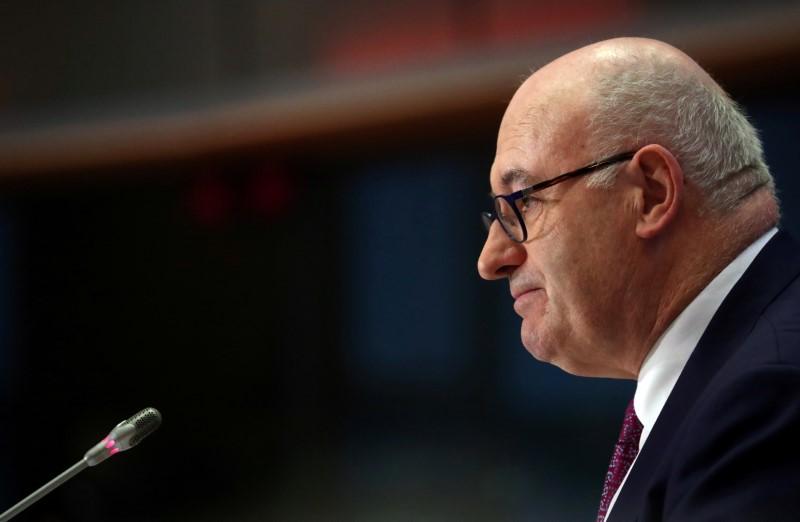