LONDON (Reuters) – EasyJet’s (EZJ.L) board looks poised to win a shareholder vote on Friday and deal a blow to its founder and long-term critic over the British low-cost airline’s plan to stick with a $5.5 billion (4.5 billion pounds) plane order. FILE PHOTO: Easyjet founder Stelios Haji-Ioannou speaks at […]

LONDON (Reuters) – EasyJet’s (EZJ.L) board looks poised to win a shareholder vote on Friday and deal a blow to its founder and long-term critic over the British low-cost airline’s plan to stick with a $5.5 billion (4.5 billion pounds) plane order.

Stelios Haji-Ioannou, whose family is easyJet’s biggest investor with a 34% stake, wants to oust the CEO, finance chief, chairman and another director, arguing their plan for the airline to buy 107 new Airbus aircraft could bankrupt it.

Three of the company’s bigger investors, with a combined 15% stake, have backed Chief Executive Johan Lundgren, and he says he has spoken to about 45% of the shareholder base who have all given him their support.

The resolutions put forward by Haji-Ioannou need the backing of 50% plus one share of the votes.

Lundgren said the company line was also endorsed by three shareholder advisory bodies. “This .. underscores the strength of the actions taken to date by the board and management to safeguard the financial and operational stability of the airline,” he said this month.

The preliminary outcome of the vote will be announced during the virtual shareholder meeting which starts on Friday at 0900 GMT, with the final result expected later in the day.

Haji-Ioannou has argued for a decade that easyJet’s fleet expansion destroys shareholder value. After the coronavirus outbreak grounded planes, he stepped up his battle, arguing the latest order does not make sense during a downturn.

EasyJet has said it has sufficient liquidity for a prolonged grounding during the pandemic. It has deferred the order of 24 of the new Airbus (AIR.PA) planes, and said the contract is vital as older aircraft need replacing.

Haji-Ioannou has gone so far as to offer a 5 million pound ($6.1 million) reward to anyone with information that could lead to the cancellation of the order.

Having founded easyJet in 1995, Haji-Ioannou quit the board in 2010 and voted against buying new planes in 2013. In 2012, his attempt to remove previous chairman Mike Rake failed.

Fri May 22 , 2020
FILE PHOTO: Toyota cars at a dealership in West London are pictured as it remains closed during lockdown following the outbreak of the coronavirus disease (COVID-19), London, Britain, May 5, 2020. REUTERS/Toby Melville LONDON (Reuters) – Britain’s nearly 5,000 new-car showrooms should be allowed to reopen urgently, an automotive industry […] 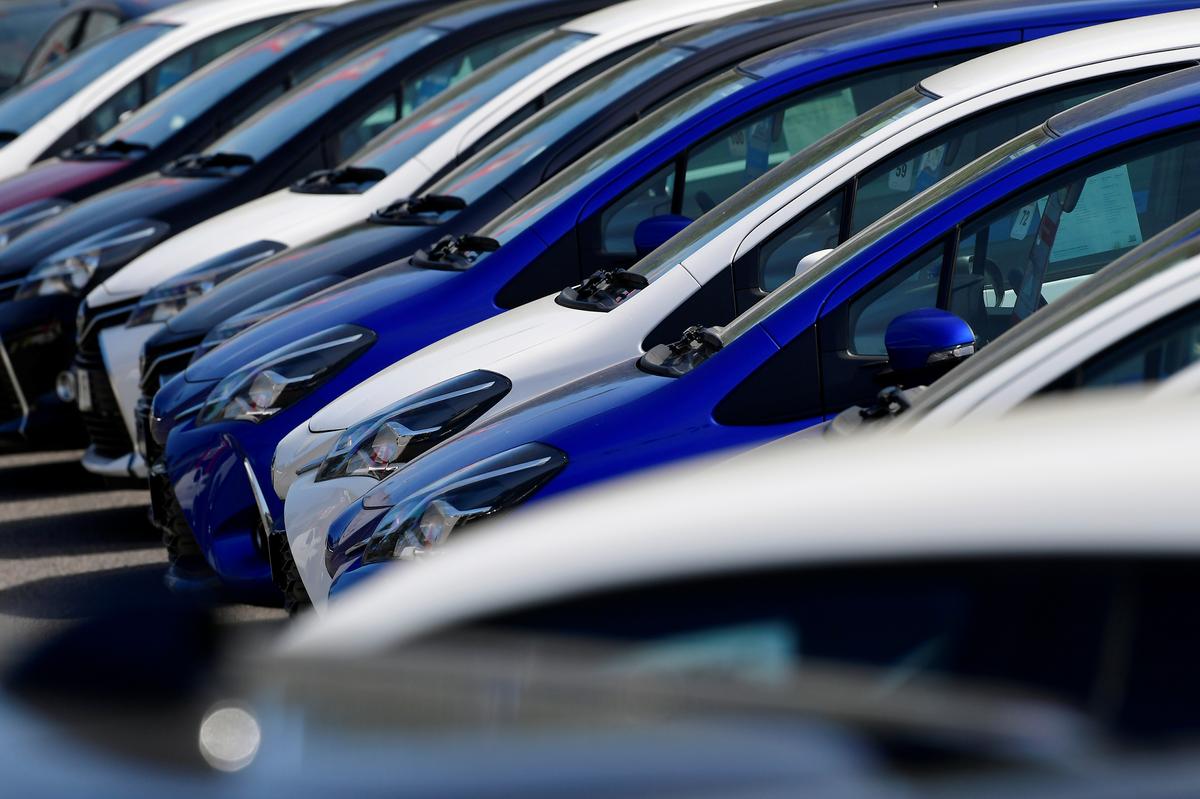