LONDON (Reuters) – British airline EasyJet (EZJ.L) can survive a lengthy grounding of its fleet during the coronavirus pandemic thanks to measures taken to shore up its finances, the low-cost carrier said on Thursday.

Airlines worldwide are battling for survival after lockdowns and travel bans have brought air travel to a virtual standstill, with little idea on how fast the sector will recover.

EasyJet said on Thursday that it has the ability to shrink its fleet through leases and plans to sell six old aircraft, giving it flexibility depending on the shape of future demand.

Chief Executive Johan Lundgren said the airline would remain cash-positive in the event that its fleet is grounded for nine months and would be able to seek additional funding should the grounding extend beyond that.

“Clearly if this goes on longer than that, which I don’t think (it will), we will continue, and we are continuing to explore other avenues,” he told reporters.

Given the level of continued uncertainty, easyJet said it was not possible to provide financial guidance for the remainder of the 2020 financial year.

“However, we continue to take every step necessary to reduce costs, conserve cash burn, enhance liquidity, protect the business and ensure it is best positioned for a return to flying,” it said.

EasyJet shares rose 9% to 658 pence in early trading. Before Thursday’s update the stock had lost 58% this year.

The company has deferred new aircraft on order and used a government job retention scheme to furlough pilots and cabin crew. It has also accessed a government corporate finance scheme to boost its balance sheet.

With its various funding initiatives, the airline expects to generate total additional liquidity of about 1.85 billion to 1.95 billion pounds ($2.31 billion to $2.43 billion), leading to a notional cash balance of about 3.3 billion pounds.

EasyJet forecast headline pretax loss of 185 million to 205 million pounds for its first half to March 31, compared with a loss of 275 million pounds in the same period last year.

It said that winter bookings are well ahead of the equivalent point last year.

EasyJet is also under pressure from its founder and biggest shareholder, Stelios Haji-Ioannou, who wants it to cancel the 107 planes it has on order from Airbus (AIR.PA), creating an additional headache for management.

That dispute is partially driven by differing views within the aviation industry over how demand for travel will recover.

Thu Apr 16 , 2020
LONDON (Reuters) – Uber Eats said orders for grocery delivery on its platform jumped 59% across Europe in March compared with February as countries locked down to fight the coronavirus, helping offset some of the impact of shuttered restaurants on demand. FILE PHOTO: An Uber Eats food delivery courier’s backpack […] 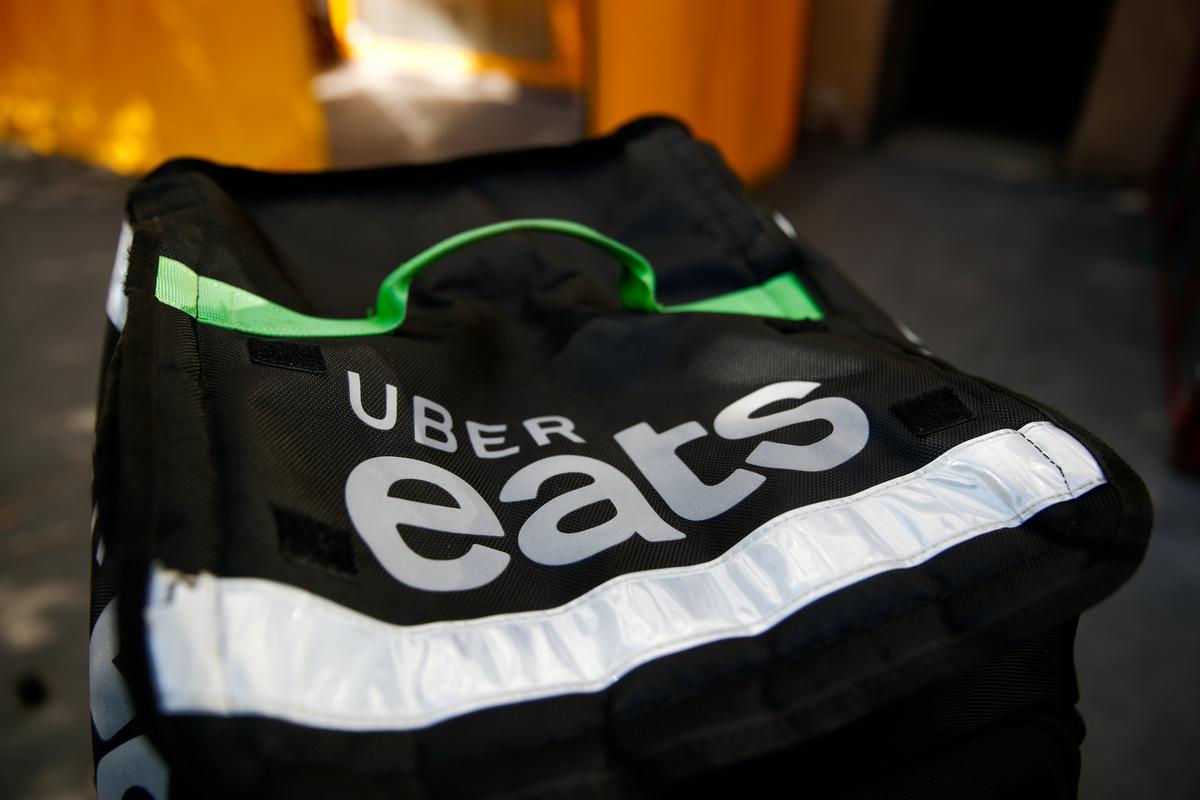