LONDON (Reuters) – EasyJet’s (EZJ.L) battle with its founder and biggest shareholder Stelios Haji-Ioannou will come to a head on May 22, when the results of an investor vote on the airline’s strategy to stick with a plan to buy more planes will be made public.

FILE PHOTO: An EasyJet Airbus A320 is pictured at the aircraft builder’s headquarters of Airbus in Colomiers near Toulouse, France, November 15, 2019. REUTERS/Regis Duvignau/File Photo

Since the coronavirus pandemic brought air travel to a halt and forced easyJet to park up all its planes, Haji-Ioannou has publicly criticised easyJet’s management and called for it to scrap a 4.5 billion pound ($5.6 billion) order with Airbus (AIR.PA) for 107 new jets.

But easyJet wants to stick with the order, saying it is important for its future growth, and arguing the company has taken steps to bolster its finances, meaning it can survive the crisis and still take the new planes.

Haji-Ioannou, whose family owns just over a third of easyJet’s shares, has called for shareholder votes on the removal of the low cost airline’s chief executive, chairman, chief financial officer and another director, in an escalation of a long-simmering row with management.

Fellow shareholders will now have their say. They will vote ahead of a general meeting which will likely be held as a webcast. The results will be announced at the meeting on May 22.

“Having already taken decisive and urgent action to bolster easyJet’s liquidity for a prolonged grounding, the board remains focused on successfully guiding easyJet through this continued period of uncertainty,” Barton said.

The removal of four directors would be “extremely damaging and destabilising at this critical time”, he added.

EasyJet agreed to defer the delivery of 24 Airbus jets earlier in April, but said in its statement on Monday that terminating the Airbus contract would expose the company to “significant financial and operational risk”.

“Liabilities triggered by an attempted unilateral termination of the contract without cause would be hugely detrimental and seriously impact the company’s ability to operate as a low-cost airline,” easyJet said in its statement.

To win the votes, Haji-Ioannou’s resolutions need backing from over 50% of the shares voted.

Mon Apr 27 , 2020
In his classic novella The Time Machine, HG Wells offered a savage allegory on class divisions, depicting a future in which humanity has split into indolent and enfeebled lotus eaters above ground and a dehumanised industrial class below. “So in the end, above ground you must have the Haves pursuing […] 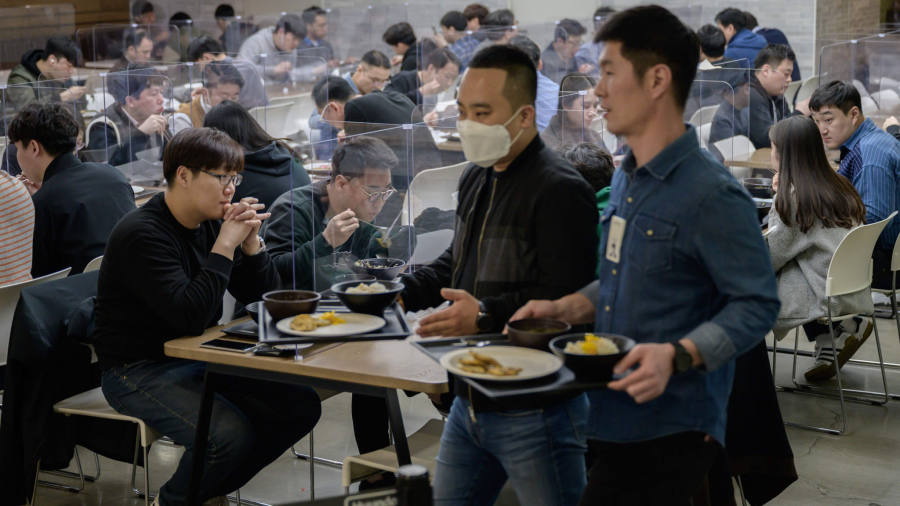