Jack Mansfield and Keir Mattorgarry do not usually eat Monday lunch in a restaurant. But this week the two plumbers decided that instead of spending £6 on sandwiches in the supermarket, they would spend £7 on a £14 burger from a local restaurant, with the government footing the remainder of the bill.

The pair sat at one of nine busy tables at The Laundry, a wine bar and bistro in Brixton, London, making use of the ‘Eat Out to Help Out’ discount scheme introduced by the UK government during August.

“I’m tempted to do it every day,” said Mr Mattorgarry.

Businesses that have signed up to the scheme can offer customers 50 per cent off bills for non-takeaway food and non-alcoholic drinks Monday to Wednesday throughout the month, with the government contributing up to a limit of £10 per person.

The bistro is one of thousands of restaurants and pubs across the UK for whom the scheme is a desperately needed boost after months of closure.

Des Gunewardena, chief executive of D & D London, which runs high-end restaurants in England and abroad, said that promoting the discount had more than doubled bookings across his 38 restaurants compared with last week, while the 10-site steak chain Hawksmoor said it had taken more than 5,000 bookings in six hours on Sunday after announcing a £20 steak deal.

According to a survey by the trade body UKHospitality, more than 80 per cent of pubs and restaurants are taking part in the scheme. “It is encouraging to see our sector being recognised for its importance and the Treasury delivering decisive support quickly,” said Kate Nicholls, UKHospitality’s chief executive.

“We hope that the take-up will be just as widespread among consumers, as businesses have invested heavily to make their venues covid-secure.”

But despite more than half of the tables at The Laundry being full on a usually quiet Monday lunchtime, manager Melanie Brown said the business was “still in survival mode”. “There’s still bills and stuff that came to fruition through [lockdown] that we’ll have to pay,” she said.

Jay Rahman, owner of Blue Tiger, a South Asian restaurant in the West Yorkshire village of Honley, near Huddersfield, cancelled time off in August to take advantage of the surge in interest generated by the scheme. “My first sitting on Monday is fully booked, tomorrow I am fully booked, Wednesday I am fully booked. Tuesday and Wednesday is going to be the new Friday and Saturday,” he said

But like Ms Brown, Mr Rahman has spent a significant amount on new cleaning protocols and putting up screens between tables. His part of West Yorkshire is also within the area of northern England where restrictions were tightened without warning on Thursday following an uptick in cases.

“Thursday night killed my Friday off,” said Mr Rahman. “I did less than half the business I usually do.”

With many businesses in a precarious state, the ‘Eat Out’ discount, which was announced by the chancellor Rishi Sunak alongside a cut in VAT for hospitality businesses and grants for employers to take staff off furlough, was only a “short term measure” said Phil Mills, head of food and drink at the financial advisory firm Old Mill.

“There is a danger that participating pubs and restaurants will see a huge spike in custom for a month which could mask the real state of the business, causing them to take back staff — encouraged by the £1,000 incentive announced back at the start of July — who they then cannot afford to keep once the ‘Eat out to help out discount’ is finished.”

William Lees-Jones, of Oldham-based family brewers JW Lees, which owns 147 pubs and hotels, said that trade was “flying” in sites outside of the restricted zone. But he added that even with the scheme, older customers were still not confident enough to go out and overall sales were down by a third compared with last year.

Other business owners warned that consumers have not been aware of the scheme and many in inner city locations point out that it will have little effect on trade while office employees are working from home.

Stuart Procter, chief operating officer at The Stafford Collection, which owns hotels and restaurants, said that he had delayed opening the business’ two central London restaurants until Monday “because of the lack of footfall” in July.

One of the restaurants is in the Stafford hotel, in the popular tourist area of St James’s, and normally relies on international travellers for 85 per cent of its trade, with much of the rest made up by business people. Mr Procter said that the Eat Out scheme was boosting bookings in August but that he was expecting a “very tough few months”.

Back in Brixton, Liz Price, manager of Pop Brixton, which runs a collective space for 55 small restaurants and retailers, said it was unusual for more than half the tables to be full on a Monday lunchtime. She estimated that more than 90 per cent of customers had used the ‘Eat Out’ discount.

But she was concerned that demand would fade once the government’s scheme — and the summer weather — had ended. “When it comes to autumn, winter, how will it be then?” she asked.

Mon Aug 3 , 2020
Drayton Manor Park has been rescued by a French leisure company after falling into administration. The Bryan family is selling the Staffordshire attraction for the first time in its 70-year history after appointing administrators PwC on Monday. The future of the theme park and its 599 employees will be secured […] 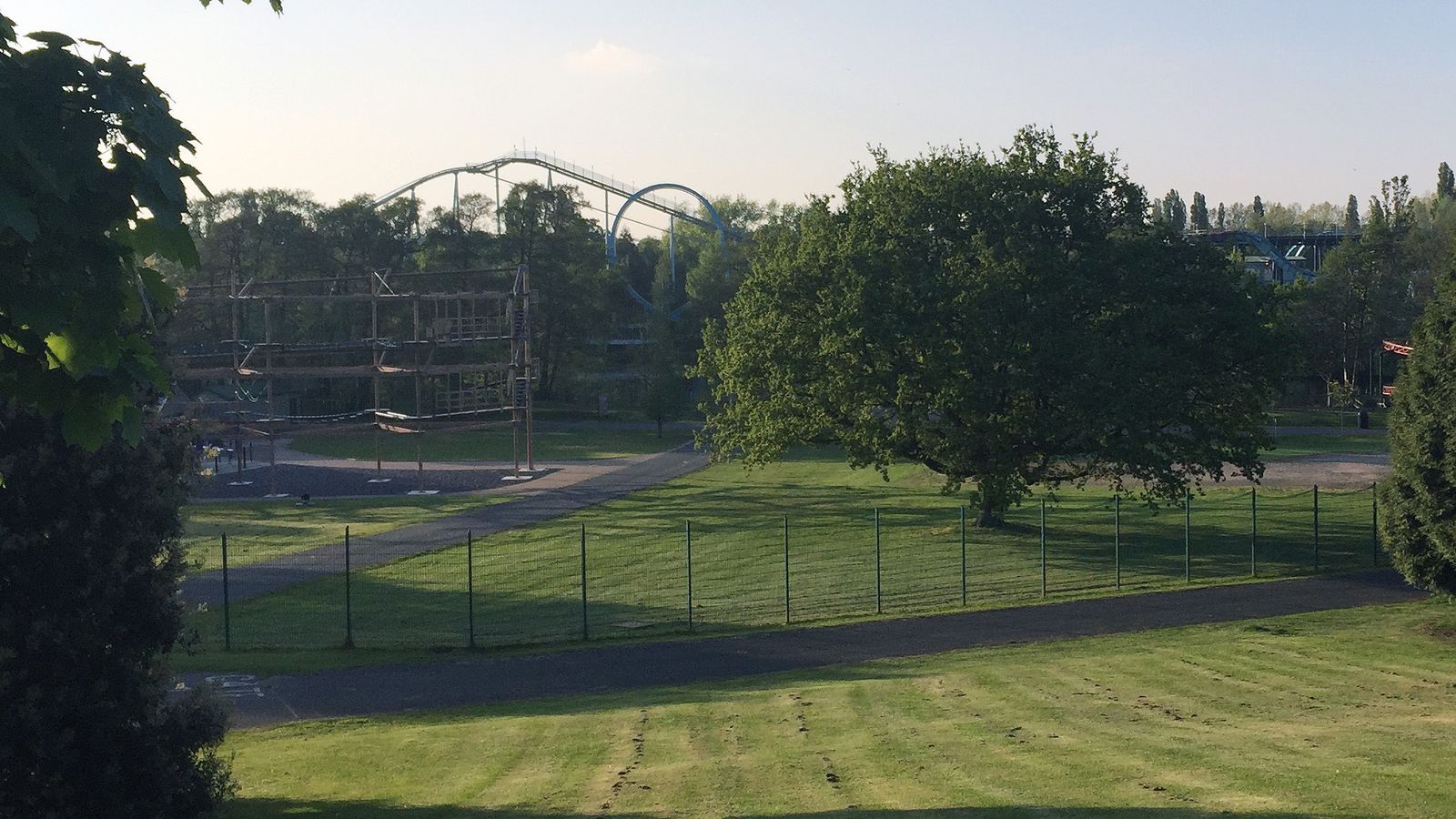