FILE PHOTO: A woman, wearing a protective mask walks past the head quarter of the European Central Bank (ECB) during sunset in Frankfurt, Germany, April 29, 2020, as the spread of the coronavirus disease (COVID-19) continues. REUTERS/Kai Pfaffenbach

FRANKFURT (Reuters) – The euro zone economy will contract less than many of the more pessimistic projections suggest but the recovery may be slow and gradual, the European Central Bank’s Survey of Professional Forecasters showed on Monday.

The quarterly survey sees the economy shrinking by 5.5% this year, then growing by 4.3% in 2021 with coronavirus related restrictions lifted starting in May and June.

ECB President Christine Lagarde last week said that the bank sees the economy shrinking by 5% to 12% this year, suggesting that Monday’s survey is more in line with the ECB’s “mild” scenario for the recession.

“The most appropriate description for the forecast profile of the overall GDP level is probably a ‘tick-mark’ – i.e. a sharp downward movement at the end of Q1 and at the beginning of Q2, with a flat and elongated recovery that takes quite some time to get back to pre-virus levels,” the survey conducted between March 31 and April 7 showed.

Inflation is now seen averaging 0.4% this year against expectations for 1.2% three months earlier while the 2021 inflation projections was cut to 1.2% from 1.4%.

Still, the survey’s 2024 projections remained unchanged with growth seen at 1.4% and inflation at 1.7%.

“Most respondents also indicated that any normalisation will likely be gradual and that normality will probably not be reached until the third quarter,” the survey showed.

Mon May 4 , 2020
LONDON (Reuters) – Manufacturing activity in the euro zone collapsed last month as government-imposed lockdowns to stop the spread of the new coronavirus forced factories to close and consumers to stay indoors, a survey showed on Monday. FILE PHOTO: A steel worker of Germany’s industrial conglomerate ThyssenKrupp AG stands a […] 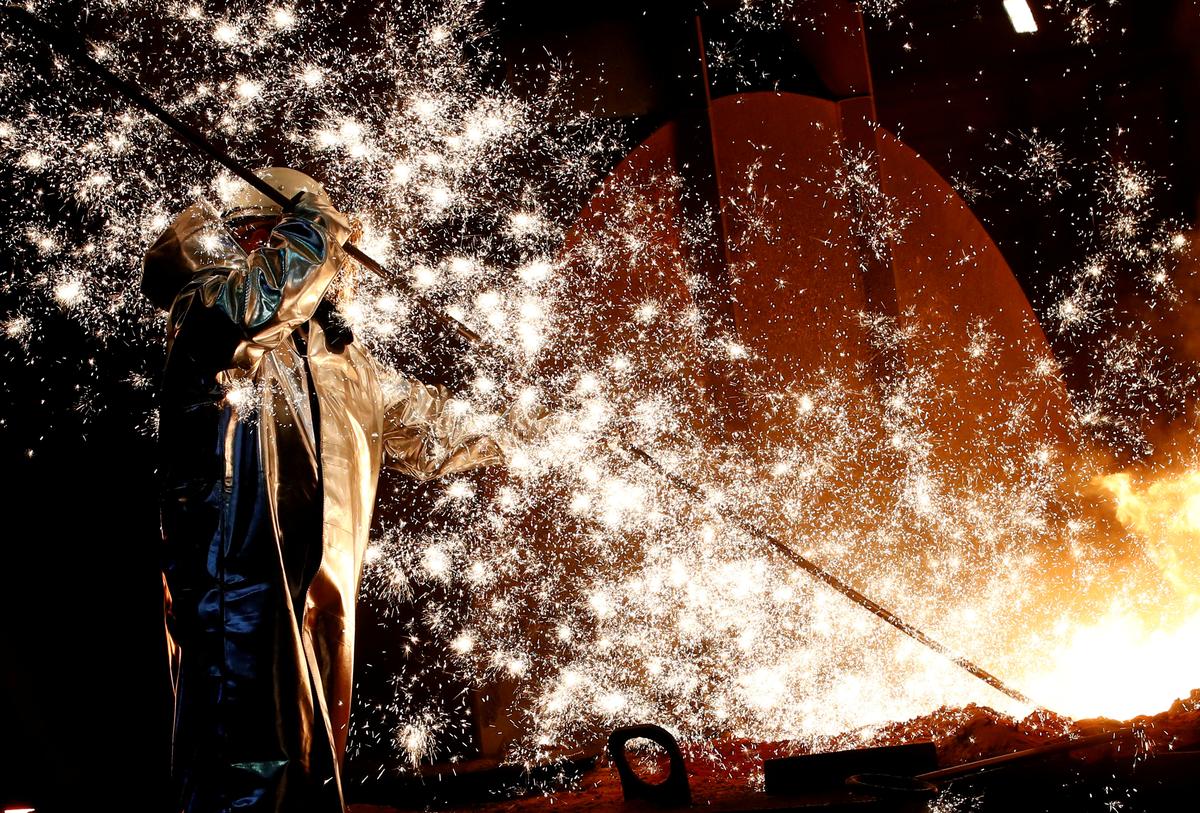