LONDON (Reuters) – EDF Energy (EDF.PA) has been asked to temporarily reduce output at its Sizewell B nuclear plant in the east of England to help balance the grid and prevent blackouts, EDF and grid operator National Grid (NG.L) said on Wednesday.

Energy demand has slumped across the world as countries shut industry and ask people to stay at home to help prevent the spread of the novel coronavirus, making it more difficult for power grids to balance supply and demand.

“To help respond to the COVID-19 crisis, EDF has been asked by the National Grid ESO (Electricity System Operator) to consider reducing output from its Sizewell B power station in Suffolk,” an EDF Energy spokesman said via email.

National Grid said offering capable plants a one-off, fixed term contract was one of a number options it was exploring to help manage the system, and confirmed it was in discussions with EDF over Sizewell B.

“If utilized this approach would give additional options to our control room engineers, as well as being a more cost efficient and secure outcome for consumers too,” a National Grid spokesman said via email.

Industry sources said a contract requiring EDF to half output at the 1,200 megawatt Sizewell B plant for four months could cost National Grid about 50 million pounds.

Neither company would reveal financial details of a possible contract.

Britain’s fleet of nuclear reactors, operated by EDF Energy, the British arm of France’s EDF, typically provide about 20% of its electricity.

The Sizewell B plant is the youngest plant and uses different technology to the rest of them, meaning it is able to reduce capacity more easily.

National Grid typically spends more than a billion pounds a year on services to help balance the grid and often pays constraint payments to renewable power generators such as wind farms over the summer months when demand is weak.

“No one should be concerned about their electricity supply, we have comprehensive plans in place to ensure we safely and securely manage the system at all times – including through this unprecedented period,” the National Grid spokesman said.

Wed May 6 , 2020
LONDON (Reuters) – Britain’s construction sector suffered by far its biggest contraction since the launch of widely followed survey of the industry 23 years ago as the coronavirus lockdown shuttered building sites and suppliers. FILE PHOTO: General view of an operational construction site, following the outbreak of the coronavirus disease […] 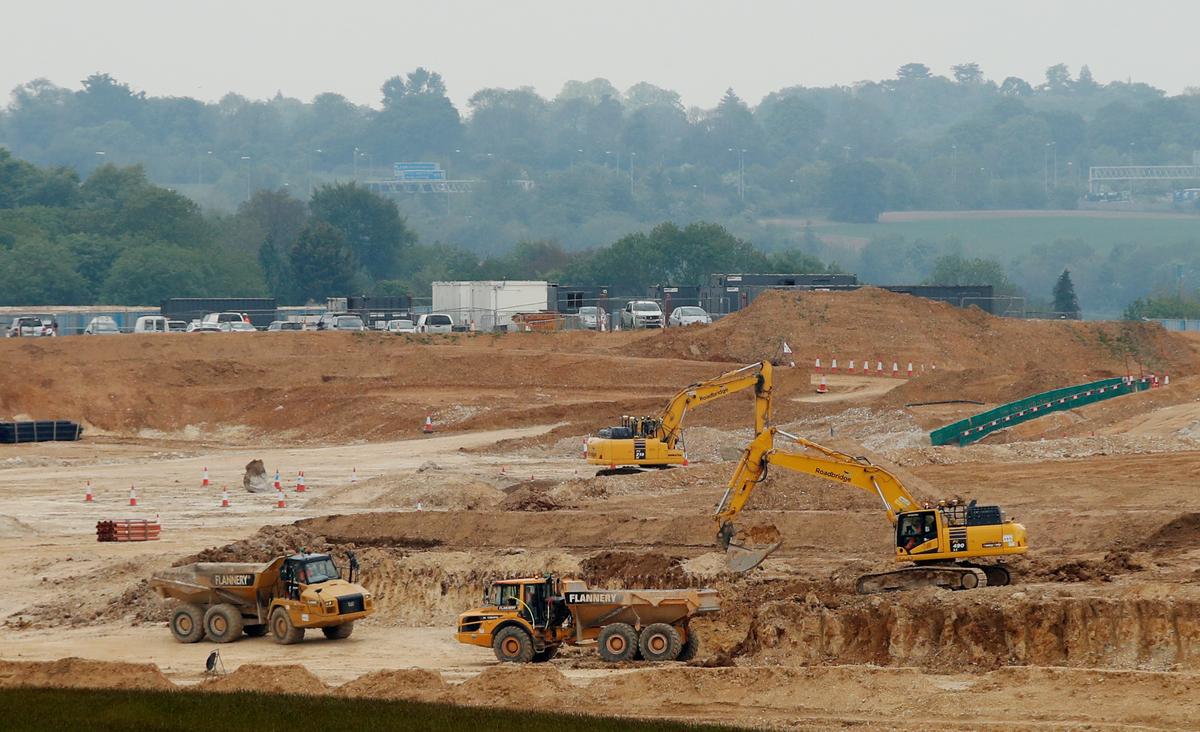