Two weeks ago, Roman Abramovich was portraying himself as a peacemaker after flying into Belarus to help broker a truce between Russia and the Ukraine.

On Thursday, the UK became the first country to slap sanctions on the Chelsea football club owner, describing him as a “pro-Kremlin oligarch” who had personally benefited from close ties with President Vladimir Putin.

Abramovich was one of seven oligarchs to face UK sanctions for the first time, alongside Igor Sechin, chief executive of Russian oil company Rosneft, and Oleg Deripaska, a leading shareholder of metals group EN+.

But the Chelsea owner will be the hardest hit. Evraz, the London-listed steel company that counts Abramovich as its largest shareholder, was cited by the government as potentially helping the Russian war effort. Its shares were quickly suspended, while ownership of his football club, properties and other assets have been frozen.

The sanctions bring to an end a 20-year relationship with the UK in which Abramovich was feted by politicians and City grandees and regularly cheered by thousands of football fans, while bankrolling an army of lawyers, bankers and other advisers to his business empire.

Ministers knew they were going to be in a position to sanction all seven men at the start of the week, according to people familiar with the matter, but a final decision was not taken until the early hours of Thursday morning.

Abramovich, whose wealth is cited at about £9.4bn by the UK government, owns assets including a Kensington mansion and Thames-side penthouse alongside aircraft, helicopters, yachts and cars dotted round the world.

The Russian-Israeli billionaire, who also holds a Portuguese passport, had already been cutting some of these ties with the UK in recent weeks as some British politicians called for sanctions against him.

One aviation executive said the jet he had stationed at Stansted flew to Switzerland in the early stages of the war in Ukraine, while a helicopter in the UK left for Cannes last week.

He also put Chelsea and the Kensington property up for sale in recent weeks, but nothing can now be sold without specific permission from the UK government.

Abramovich’s properties can no longer be rented out — or employ builders, cleaners or gardeners — while Chelsea cannot sell tickets for matches, merchandise, or even food at a profit to its owner.

“It was the Chelsea football club element that was squared off quite late because we had to make sure we had the licensing arrangement in place and ensure the fans weren’t being impacted and the club could still operate,” said one government official.

“We also needed to ensure there was potential there for allowing him to sell the club without making any money from it. We had to make sure Chelsea as an institution would continue regardless of whether he was the owner or not.”

The sanctions on Abramovich are hoped to send a signal that the government knows it has to increase pressure on Putin’s allies, according to one government official. “If Abramovich was on the table we knew it would send a clear message that we are prepared to go harder.”

Allies of UK foreign secretary Liz Truss said she had become “convinced by the evidence base” and the potential for measures against the oligarch several weeks ago. But — amid criticism that the UK was slower to act than allies in the US and EU — they concede the move has “not happened quickly”.

“It has taken a lot of political bandwidth to get this though”, one said. “We had a two-week dash of gathering evidence. There is a relatively high threshold that we have to hit before designating someone and Liz has expended a lot of her personal energy on this.”

The new sanctions included specific accusations against Evraz, which has not itself been targeted but whose shares were halted by the Financial Conduct Authority on Thursday “pending clarification of the impact”.

The government said the steelmaker had acted in a way that could destabilise Ukraine, “undermining and threatening the territorial integrity, sovereignty and independence” of the country, and “potentially supplying steel to the Russian military which may have been used in the production of tanks”.

Evraz rejected the claims, saying it did not make military steel. It also sought to distance itself from Abramovich, who it did not consider “as a person exercising . . . effective control of the company”.

The oligarch’s 28.6 per cent stake has already lost much of its value, with Evraz’s share price plummeting since the start of the war.

Like many Russian-backed businesses in London, Evraz attracted high-profile City figures to its board. Sir Michael Peat, former principal private secretary to the Prince of Wales, resigned as senior non-executive director on the day of the invasion. James Rutherford, who also holds directorships at mining groups Centamin and Anglo Pacific, stepped down from the board last week.

The company was one of the first Russian miners to be admitted to the FTSE 100 when it listed in 2011, aided by an army of blue-chip advisers including Linklaters. The law firm declined to comment.

Corporate advisers in London on Thursday entered a fresh round of soul searching over their links to Russia, according to finance executives, with banks and law firms trying to work out if there was any exposure to Abramovich or the other six oligarchs on the new UK sanctions list.

Abramovich’s inner circle includes Bruce Buck, an American lawyer who retired from Skadden’s London office in 2014 and has served as the chair of Chelsea since advising the oligarch on his £140mn takeover of the club in 2003.

Deripaska has faced sanctions in the US, while EN+ has already had its secondary listing in London suspended.

Credit Suisse and Citigroup, which had been brokers to EN+, have ended their relationship with the group, according to people familiar with the decision. Former Conservative minister Lord Barker of Battle stood down as executive chair of the Russian metals group this week.

JPMorgan resigned as sponsor and corporate broker to Evraz on Thursday, following Morgan Stanley’s decision to step down last week, according to people familiar with the moves. Both banks declined to comment.

Citigroup, another key financial adviser, declined to comment on the future of its relationship with the company.

EY, Evraz’s auditor, said that while it could not comment on specific client matters, “we are evaluating existing and new mandates in light of new sanctions and a rapidly evolving regulatory landscape”.

Meanwhile on Thursday, Knight Frank pulled the £18mn Hamstone House in St George Hill from the market after widespread media reports that it is linked to a relative of Deripaska, according to a person familiar with the sale.

The future of the grade-II listed mansion — like other assets with links to Russian owners — is likely to rest in the hands of the UK government as it seeks to counter criticism that it has been too weak for too long on Russian wealth. Deripaska did not respond to requests for comment.

How much investment risk would you take to reduce your tax bill?

Fri Mar 11 , 2022
The benefits of investing using Isas may not be truly appreciated until later life, when you can harvest your tax free dividends and investment gains without a penny of tax to pay. However, a growing number of investors want their tax relief up front — and are willing to stomach […] 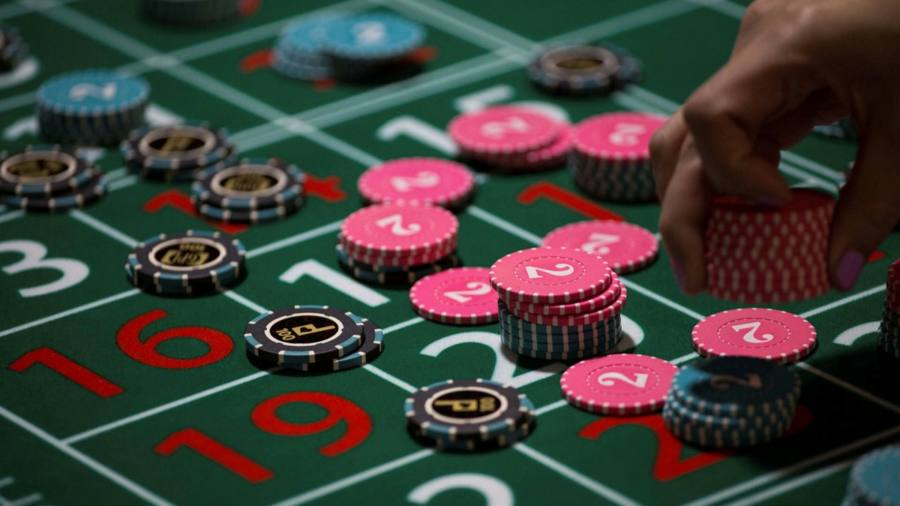