For Will Benson, taking over the tenancy of a National Trust-owned sheep and cattle farm in the Lake District seven years ago was the fulfilment of a long-held dream.

But he quickly realised that without government subsidies, his farm in Grasmere — where native sheep breeds graze freely on and below the fells — would make a steep loss.

Now the 40-year-old faces the gradual removal of the £20,000-a-year subsidy payments, with little information about what may come next. “There is a void. I just don’t know what, if anything, is going to replace it,” Mr Benson says.

From next year England sets about its biggest shake-up of farm funding in decades as it winds down payouts under the EU’s common agricultural policy, a vast subsidy system dating back to the 1960s.

Since the early 2000s “basic payments” have been allocated according to the acreage farmers cultivate, but now the UK has left the EU these will be gradually reduced as ministers test a system of environmentally-based payouts instead.

However, the new scheme remains at an embryonic stage and preparations have been delayed by coronavirus, leaving farmers such as Mr Benson trying to plan for the unknown.

For northern English farmers, the funding cuts will hit hard because their animals compete in the market with animals from Scotland, where the devolved administration plans to keep subsidies unchanged for another three years.

Geoff Long, a sheep farmer in Cumbria, said the competition from north of the border would prevent English farmers charging more for their livestock once subsidies were cut. “A lot of men are saying, ‘If our lambs are £10 a head dearer because of the cuts to basic payments, they’ll ship them down from Scotland and level up [the price]’,” he said.

European farm subsidies aim to protect farmers and stabilise their often volatile incomes. In the UK, they account for all of net profits on the average grazing livestock farm, according to government data, and for more than half of profits at typical cereals operations.

UK farm productivity has lagged behind other large European countries, but farmers also need the subsidies because of the pricing power of the country’s supermarkets, which have pushed food prices down to some of the world’s lowest.

Across different farm types, the subsidy payouts averaged £27,300 in 2018-19. But the system has drawn resentment by doling out far larger sums to wealthy landowners who cultivate large areas of land, such as the British monarch and the household products billionaire James Dyson.

No details have been released of the subsequent tapering. A framework for the new environmental scheme is included in the agriculture bill currently before the House of Lords, and is due for a nationwide rollout in late 2024, with basic payments ceasing altogether in 2027. The new scheme began testing last year and is due to move to pilot stage in 2021.

Ministers have pledged to maintain total levels of farm funding — about £3bn a year — until the current parliament ends in 2024, but the timing of the old and new schemes means many farmers face a looming funding gap.

Julia Aglionby, professor in practice at the Centre for National Parks and Protected Areas, warned that “if there is too large a void . . . then farmers will find alternative income sources”.

“Some of these could be environmentally damaging,” she said.

The new system, which is based on the principle of “public money for public goods”, will aim to pay farmers for outcomes from fostering bird habitats to creating wetlands or preventing flooding.

Unlike the EU’s basic payments, which only required basic “cross-compliance” with agricultural regulations, earning the environmental income will incur work and costs. But a government consultation document released earlier this year indicated it would not require actual food production — a shift that alarmed farmers.

Tom Bradshaw, vice-president of the National Farmers’ Union, said: “We’ll be very excited if they get this scheme right, but what’s pivotal is that it should underline that farming and food production go hand in hand with environmental delivery.”

Another concern is how the payments are calculated. The consultation suggests they could be based on income foregone from other activities and costs incurred for environmental work.

Kevin Attwood, an arable farmer in Kent, said: “If it is based on income foregone, I don’t think it will be a system that recompenses us for the income we will lose from direct payments . . . If you are paying £1 for every pound of income foregone there’s no incentive to participate.”

There are also worries about implementation. The National Audit Office warned last year that “Defra [the Department for Environment, Food and Rural Affairs] has not allowed enough time to fully develop the payments system”. An existing environmental scheme, Countryside Stewardship — which is due to be phased out — has been well known for late payments.

The scale of the changes is such that some of England’s 136,000 farms are not expected to survive. Ministers say they will offer farmers the option of taking subsidies as a lump sum during the transition, enabling some to quit or retire. But Prof Aglionby said not all those facing financial pressure would do so.

“There are many more factors a farmer takes into account than the profitability of their farm . . . There’s an assumption people will go out of farming if they are losing money, but some will want to stay. For those, they will be carried out only in their coffins.”

Richard King, a partner at farming consultancy The Andersons Centre, said he doubted farm funding would continue at current levels beyond this parliament. “Our judgment is that it would be surprising if, in 10 years’ time, agriculture is getting the same level of support it is getting now . . . [government] will be looking for savings everywhere.”

Defra said: “We will continue to engage with and support farmers as we phase out direct payments over a seven-year period, giving them time to adapt their businesses. We will also offer financial assistance to help farmers invest in improving their productivity and managing the environment sustainably.”

For now, farmers are rushing to bridge the funding gap. Mr Attwood said he would cut costs, seek productivity gains and explore diversification — although the holiday homes he already runs ceased to bring in income during the coronavirus lockdown.

Mr Benson has already moved to boost his income by selling lambs directly to local butchers and hotels rather than at auction. But many other aspects of his farm, like how many ewes he can keep, are limited by his tenancy.

He expects “massive hardship” as basic payments fall. “By the time [the new environmental payments] are ready, my tenancy could be out the window,” he said.

Wed Jul 8 , 2020
The Scottish government has threatened to defy proposed UK legislation allowing Westminster unilaterally to set food and environmental standards, setting the stage for the biggest constitutional stand-off between London and Edinburgh since the 2016 Brexit referendum. Michael Russell, cabinet secretary for constitutional affairs, told the Financial Times that the Scottish […] 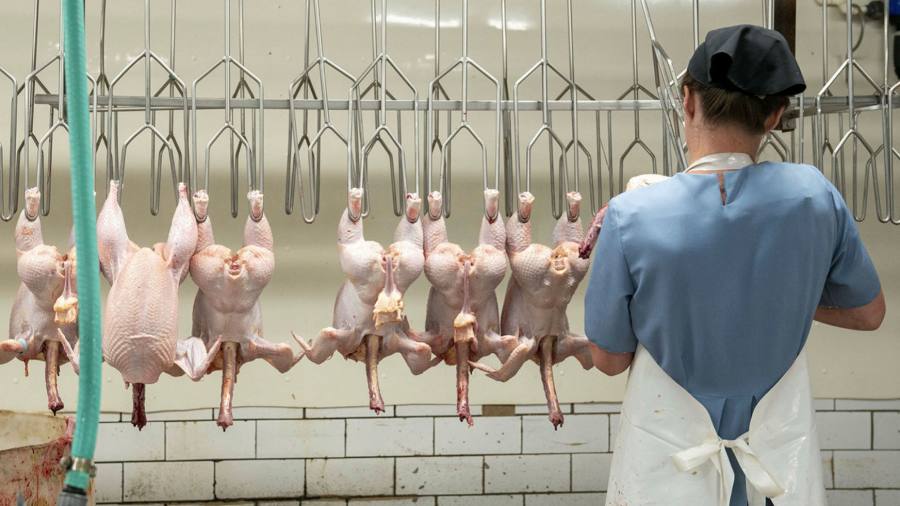