England’s rivers, lakes and coastal waters are as polluted as they were four years ago, with only 16 per cent achieving good ecological status, according to government data published on Thursday.

Rivers fared worst, with just 14 per cent meeting the criteria for good ecological status under the EU’s water regulations. This was also unchanged from the previous report in 2016.

The number of rivers, lakes and coastal waters that met the criteria for achieving the separate good chemical status fell from 97 per cent in 2016 to zero for the first time last year as common chemicals such as flame retardants and stain repellents were found in all waters.

The Environment Agency said this was because of improvements in testing methods, including targeted sampling of fish and shellfish flesh. The quality of groundwater had also deteriorated, the agency said.

The data suggest there has been little progress in the 17 years since the government signed up to the EU’s water framework directive and that England is a long way from meeting its target to have 75 per cent of water bodies meet the minimum “good” status by 2027.

Rebecca Pow, environment minister, said the data did not make “comfortable reading”. “We need to go further and faster on reducing the environmental impact from storm overflows and other sources of pollution including chemicals and agriculture.”

Emma Howard Boyd, chair of the Environment Agency, said: “Water quality has plateaued since 2016, which isn’t good enough. There have been improvements over the last 25 years, for example waste water treatment works put 60 per cent less phosphate and 70 per cent less ammonia into the water environment than they did in 1995, but the general upward trend has not continued.”

The Environment Agency allows water companies to dump a certain amount of untreated sewage and storm water into seas and rivers through combined sewage overflow pipes, while farmers also contribute to pollution through run-off from pesticides.

No one quite knows how much untreated sewage and storm water is released into England’s waterways as under the self-reporting system it is up to individual water companies to tell the regulator.

In addition, many of the pipes are still not monitored despite a programme to install 14,000 monitors by 2025.

Although the Environment Agency carries out water quality checks, these have declined. The number of sites visited by its officers has fallen by almost a fifth in the past five years from 17,970 in 2014 to 14,498 in 2019, according to agency data. The number of samples taken for river quality monitoring purposes also fell, from 126,293 to 94,908, it said.

The difficulty in relying on water company data will be underscored next month when Southern Water, which supplies water and treats sewage for 4.7m people in Kent, Sussex, Hampshire and the Isle of Wight, appears in court for sentencing after pleading guilty to deliberately dumping “poisonous, noxious” substances including untreated sewage into rivers and coastal waters near several popular tourist hotspots over five years.

Last June the financial regulator Ofwat found the business, which is owned by a consortium of infrastructure investors, had deliberately manipulated and misreported data for seven years.

The case has reignited criticism of England’s privatised water companies, which are accused of failing to invest in crucial infrastructure that would prevent damaging pollution and leakage failures while allowing owners, many of which are private equity and sovereign wealth funds, to extract lucrative dividends and high pay packages.

Guy Linley-Adams, solicitor to Salmon and Trout Conservation, which campaigns against pollution of rivers, said the results were “absolutely shocking”. “What has the Environment Agency been doing?” he asked.

Thu Sep 17 , 2020
Almost 10m people in the UK are now banned from mixing with other households after restrictions were imposed on a large part of north-east England because of rising infections on Thursday. Local lockdowns now cover almost 15 per cent of the population as governments in all four nations struggle to […] 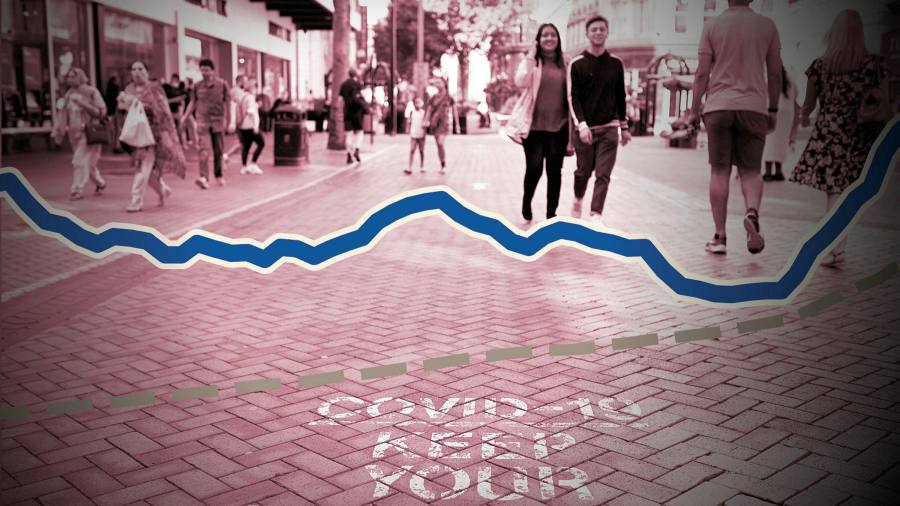