Five of the largest water companies in England face further investigation after the regulator raised “serious concerns” over their sewage treatment.

All 11 water companies in England and Wales submitted reports in December to Ofwat, the industry regulator, on their waste water operations.

It added that five of the other regional water monopolies were still being looked into and could face further investigation. Fines can be up to 10 per cent of annual turnover for civil cases, or unlimited in criminal proceedings.

David Black, Ofwat interim chief executive, said: “We have identified shortcomings in most water and wastewater companies and are continuing to investigate. But we have already seen enough in five companies to cause serious concern and warrant us taking further action.”

Water companies have since 2009 been responsible for reporting their own sewage outflows. However, several of the companies had told Ofwat that they “had difficulty in stating whether a wastewater treatment works was operating in line with required standards” as they did not have monitors in place.

Water companies also said they did not have “sufficient physical capacity” to meet the levels of treatment set out in environmental permits or had “maintenance issues”, which meant the works were handling lower quantities than intended. The “incorrect set up” of site controls or data monitors at treatment works were also factors, as were errors by operational staff, the water companies said.

The investigation, launched by Ofwat in November last year, was sparked by citizen scientists including Windrush Against Sewage Pollution, which analysed river water quality and outflows from sewage treatment works.

Just 16 per cent of coastal waters and rivers meet the minimum good ecological status, according to the latest data from the Environment Agency, the environmental regulator.

England is one of the only places in the world to have fully privatised its water and sewage network, with three listed regional water monopolies and the rest owned by a clutch of private equity, sovereign wealth and infrastructure funds

Investment in the sewage and waste water network has fallen by almost a fifth in the past 30 years, from £2.9bn a year in the 1990s to £2.4bn now, according to research by the Financial Times.

Over the same time the companies, which were privatised with no debt, have borrowed £53bn, the equivalent of about £2,000 per household, much of which has been used to help pay £72bn in dividends.

Two recent court cases against Thames and Southern revealed that water companies deliberately breached legal limits at some sewage plants over several years in order to save money.

Southern received a £90mn fine last year for dumping billions of litres of illegal spills into rivers and seas between 2010 and 2015 in a case described as “shocking and wholesale disregard for the environment” and for “human health”.

Ofwat said on Wednesday that it was monitoring Southern’s compliance package. The Environment Agency is investigating its performance since 2015. 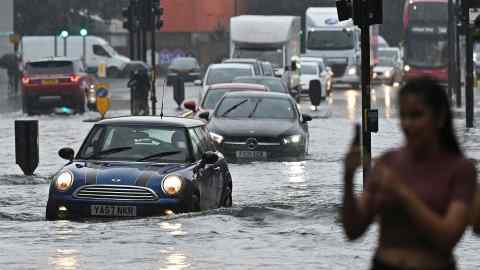 Hafren Dyfrdwy — which covers north-east and mid Wales, was the only water company that did not report any treatment works that potentially did not meet the required rules.

Emma Clancy, chief executive of the Consumer Council for Water, said: “A legacy of this investigation has to be far greater transparency and higher standards of environmental performance from sewerage companies, which need to rebuild trust with their communities.”

One water company executive accused Ofwat of “regulation by press release” but added that “they would still have to take it seriously”.

Water UK, which represents the industry, said: “Water companies have been investing heavily to modernise the monitoring of sewage treatment works, and are increasingly using better modelling and artificial intelligence techniques to quickly find and fix any problems. Companies will continue to work closely with regulators to assess and address any issues that arise.”

Wed Mar 9 , 2022
Andy Burnham, mayor of Greater Manchester, has defeated a legal challenge of his plans to bring the city’s bus network back into public control in a closely watched court ruling which could pave the way for other northern English cities to press ahead with similar schemes. The High Court on […] 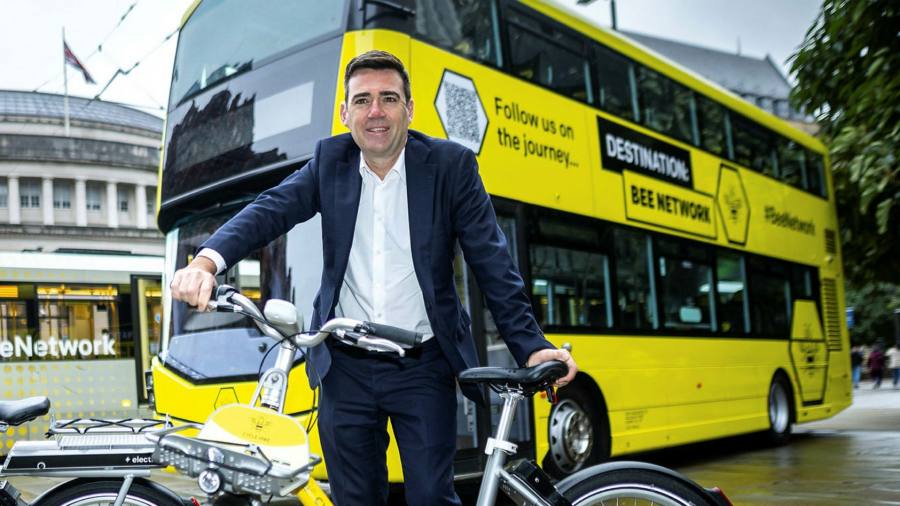