A one kilo Swiss gold bar and US dollars gold coins are pictured in Paris on February 20, 2020.

Gold traded little changed on Tuesday as gains in equities on optimism over a reopening global economy offset support from a softer dollar and lingering tensions over Hong Kong and Venezuela.

Japan’s Nikkei rose 1% to its highest since early March, while MSCI’s broadest index of Asia-Pacific shares outside Japan added 0.1% in early trade.

The German economy is starting to recover as curbs to slow the coronavirus are lifted, a business morale survey showed,  boosting European sentiment.

Singapore cut its 2020 GDP outlook for the third time as it braces for the deepest recession in its history.

The dollar index was down 0.2%, making gold slightly cheaper for holders of other currencies.

A second Iranian vessel carrying fuel had entered Venezuelan waters, Refinitiv Eikon data showed — despite a U.S. official’s warning that Washington was considering a response to the shipment.

China became a net exporter of gold via Hong Kong for the first time since at least 2011 in April.

Tue May 26 , 2020
The UK government is falling far short of a target to train an estimated 50,000 new customs agents that will be needed after Brexit and is “misleading” the public over its level of preparedness, customs and haulage industry leaders warned. Cabinet office minister Michael Gove endorsed the 50,000 industry estimate […] 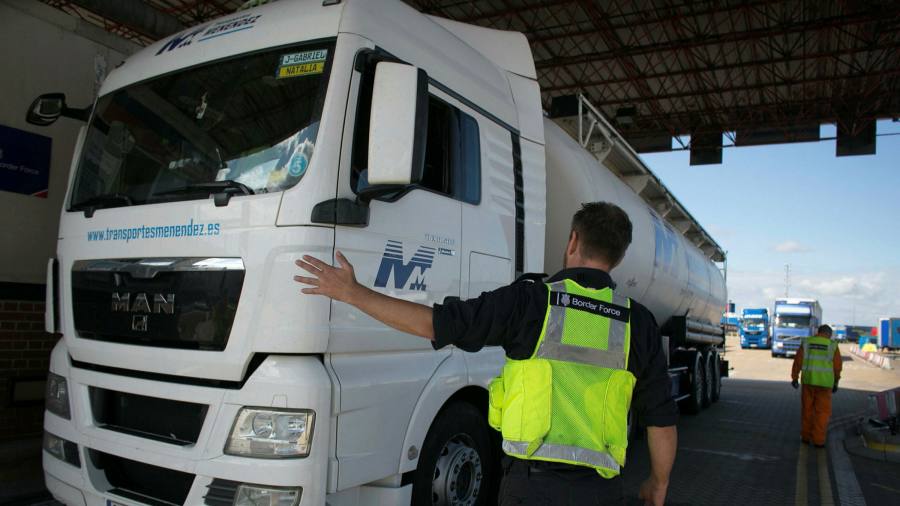