The pay gap between white and ethnic minority employees has fallen to its lowest level since 2012, new data suggests.

The Office for National Statistics (ONS) identified a 2.3% gap in earnings between white British and ethnic minority employees from England and Wales in 2019 – the smallest gap since 2012, when it was 5.1%.

Despite this, there are still varying outcomes when looking at individual ethnic minority groups, with the majority earning less than white British employees.

This difference has been attributed to the fact that employees with a higher level of education are also paid more.

Among workers from a Chinese background, 75% have a degree, while only 34% of white British employees have one.

The most affected were employees from Bangladeshi and Pakistani groups, who had a gap of 15% and 16% respectively in their earnings when compared with white British employees.

The data also shows that, in most ethnic groups, men earned more than women.

There are also differences in the ethnicity pay gap across regions – it is largest in London at 23.8%, and smallest in Wales at 1.4%.

In terms of age, the gap in earnings is greater among those aged 30 years and over in comparison to those aged between 16 to 29 years old.

An explanation for this is the fact that labour market outcomes are improved for second and third-generation migrants.

When factoring in age, sex, marital status, children, qualifications, country of birth and location of employees, the gap is narrowed for many ethnic minority groups.

The ONS said: “Adjusting for pay determining characteristics influences the pay gaps observed, with a narrowing of pay gaps for most ethnicities.

“This suggests that differences in the average characteristics of different ethnic groups was influencing the unadjusted pay gap, often overstating the difference.”

Dr Halima Begum, director of the Runnymede Trust, told Sky News: “This data is not the full picture, as it illustrates pre-COVID levels of pay inequality.

“We know that BME people are disproportionately likely to work in sectors shut down as a result of lockdown, and to have experienced negative financial impacts due to the coronavirus crisis and lockdown.

“We cannot let COVID-19 turn the clock back on race equality, and the government must act now to ensure that the economic impact of this crisis does not fall on BME people.”

Mon Oct 12 , 2020
Speculation that the Bank of England may be contemplating a move to negative interest rates has been further stoked. The Bank said that Sam Woods, its deputy governor for prudential regulation and chief executive of the Bank’s Prudential Regulation Authority, had written to lenders to ask how ready they were […] 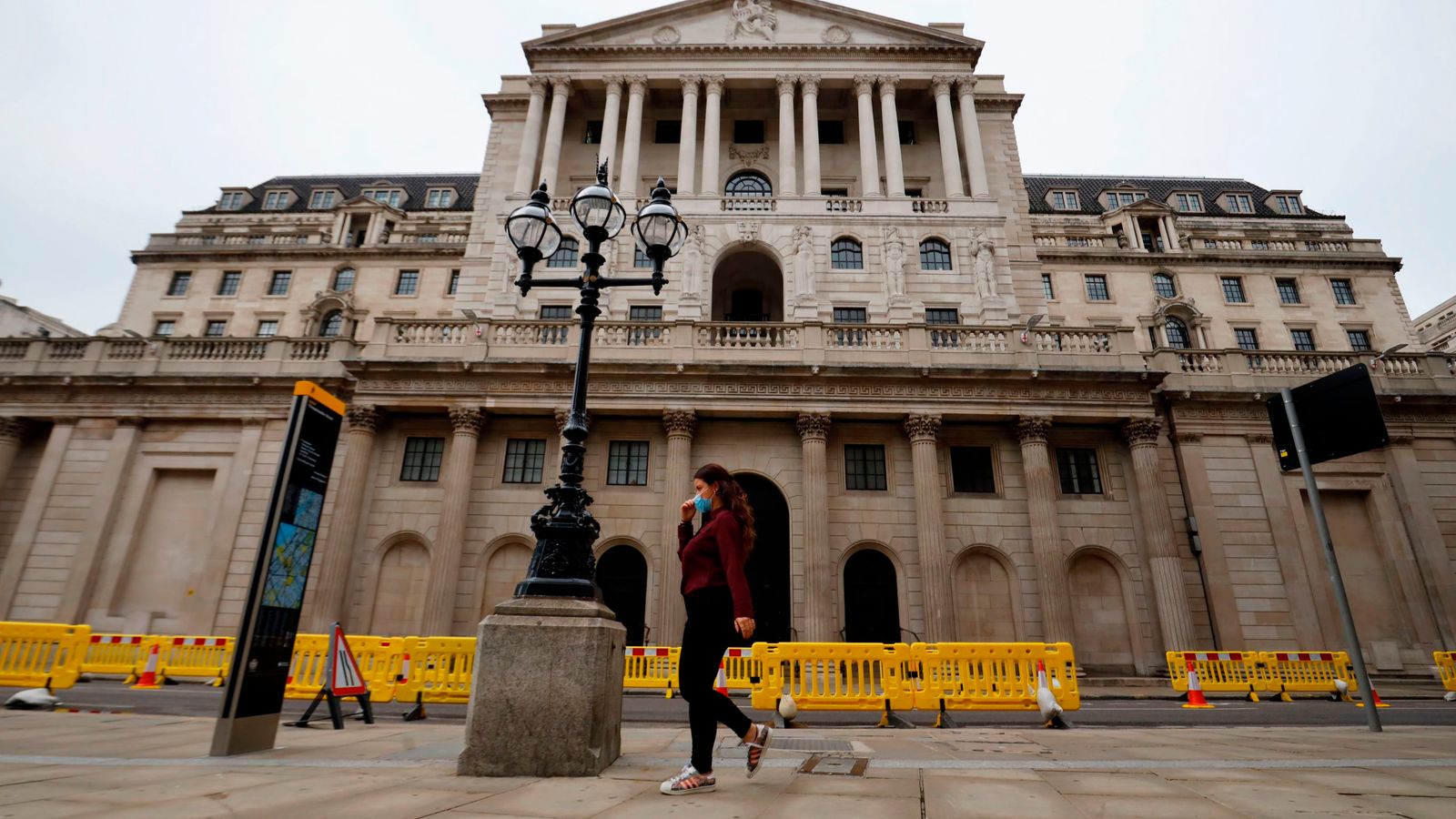