EU finance ministers last week agreed on a package of measures worth half a trillion euros to cushion the blow of the coronavirus pandemic but left unresolved the most contentious question of how to share the financial burden.

The ministers also kicked into the long grass the question of how to pay for a temporary recovery fund for Europe because it goes to the heart of a disagreement over jointly issued debt.

Asked about the possibility of financing such a fund with bonds amounting to up to 1.5 trillion euros, Dombrovskis said in an interview with Handelsblatt published Tuesday: “I could imagine such a financial framework. But nothing has been decided yet.”

He said the recovery fund could be financed with bonds backed by a guarantee from member states. Asked if the Commission was going to raise money on the markets for the fund, he said that needed to be discussed now and he expected it to be on the agenda on an upcoming video conference for EU leaders.

Dombrovskis said the Commission was open to all possibilities permitted by the EU Treaty of Lisbon, adding: “We’re not ruling out any option if the member states agree on it. As we all know, that doesn’t apply to eurobonds.”

The EU deal left the subject of “eurobonds” – jointly issued debt – unresolved. A reference to “innovative financial instruments” enabled both sides of the debate to declare having won political concessions.

The EU agreement includes almost unconditional use of the euro zone’s European Stability Mechanism (ESM) bailout fund for loans to governments. Dombrovskis said it was not certain that Italy and Spain – hit particularly hard by the coronavirus outbreak – would apply for a loan from the ESM.

“The simple fact that the Eurogroup (EU finance ministers) has agreed on a coronavirus aid package makes it easier for very indebted member states to access the capital markets. No euro zone country currently has problems finding buyers for its government bonds,” he said.

Dombrovskis said the coronavirus outbreak could hit the European economy harder than the 2009 global financial crisis.

Tue Apr 14 , 2020
SINGAPORE/BERLIN (Reuters) – As lockdowns worldwide drive a surge in internet use, boosting online sales for businesses as varied as gaming and food delivery, the stocks of internet providers are an unlikely laggard on global markets. FILE PHOTO: A woman wearing a protective mask uses her mobile phone, as a […] 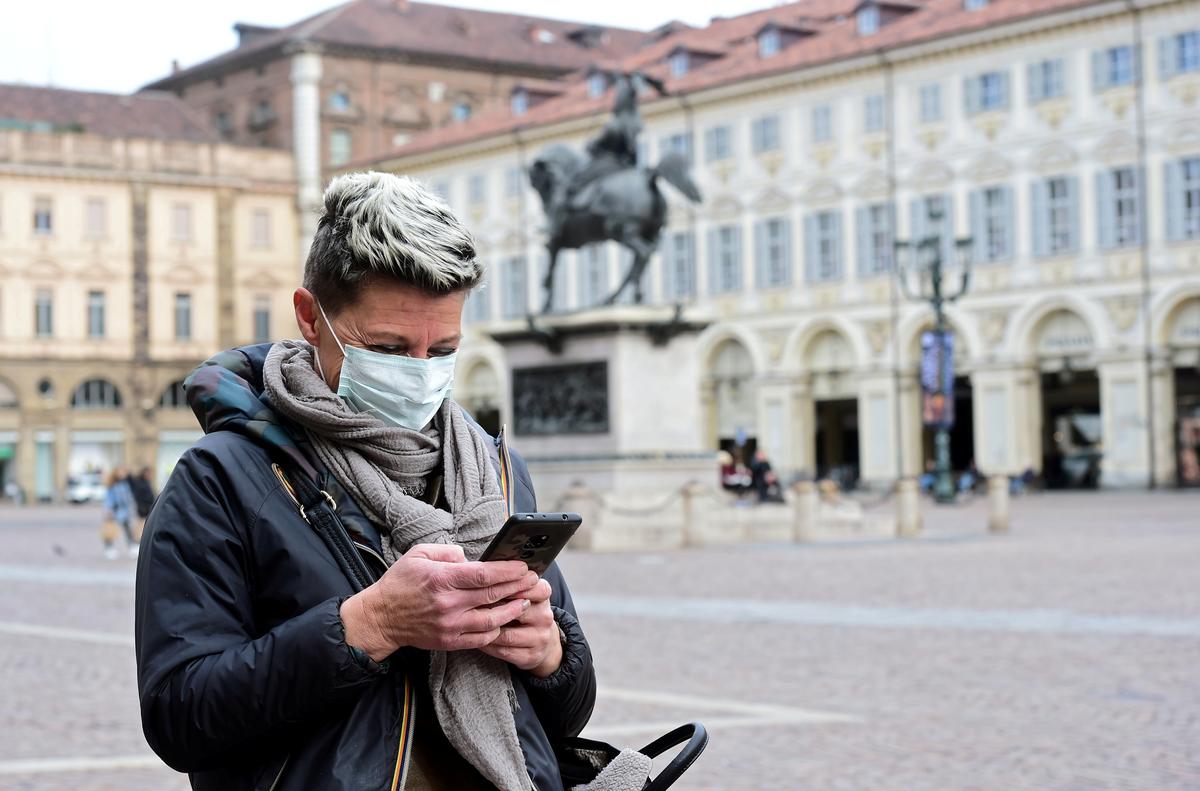