BRUSSELS (Reuters) – The European Union’s next long-term budget will raise funds to sponsor economic recovery after the coronavirus pandemic, the heads of the bloc’s Brussels-based institutions said on Wednesday.

Charles Michel, president of the European Council made up of the bloc’s 27 national heads of state, said leaders and governments will discuss a reworking of plans for the 2021-27 EU joint budget during a videoconference summit on April 23.

Ursula von der Leyen, head of the executive European Commission, said: “The next European budget has to be the European answer to the corona crisis.”

Spending from the bloc’s joint coffers would be frontloaded to inject as much funds as possible in the first part of the seven-year scheme, von der Leyen added.

The EU is discussing how to finance recovery from a deep recession that is expected to follow the pandemic.

Ideas range from increasing the overall volume of the next joint budget to channel more funds to the most-affected countries, to using it as a financial vehicle to borrow funds on the market and leverage them to spur large-scale investment.

Wed Apr 15 , 2020
A controversial MBA apprenticeship scheme that allowed companies in England to send senior executives to business school with money earmarked for on-the-job training is set to be axed. The move to scrap the qualification was revealed when the Institute for Apprenticeships and Technical Education, which administers apprenticeship standards, published a […] 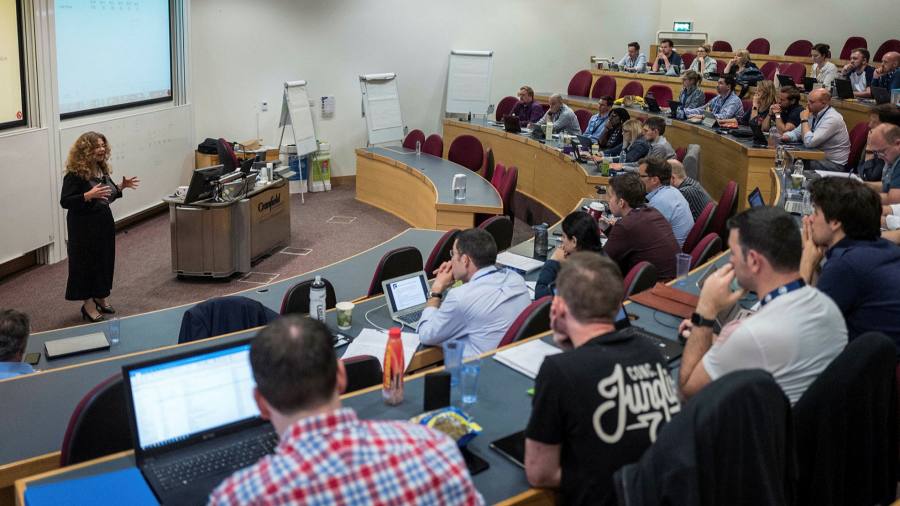