EU diplomats said leaders at a summit starting on Thursday would call on Michel Barnier, the bloc’s chief negotiator, to ensure that “level playing field” guarantees for European businesses competing with UK companies are backed by the right for Brussels to take rapid retaliatory action if Britain breaches its commitments.

The summit is being seen in Brussels as the moment when EU leaders pick up the Brexit issue again after months focused on fighting the coronavirus pandemic.

The meeting will be a chance for EU leaders to shape the endgame of negotiations as the clock ticks down to broker a future relationship deal between the bloc and the UK.

Mr Barnier has said that October 31 is the “realistic deadline” for an agreement to be reached if new trading arrangements are to be in place for the end of the UK’s post-Brexit transition period on January 1.

Officials on both sides believe the success of the talks will turn on the ability of negotiators to strike a grand bargain on the sticking points of fishing rights, level playing field arrangements, and governance of the future relationship.

What happened on Ireland has really hardened the Europeans’ [position], especially [that of] the Germans. It’s unimaginable for the Germans to breach an international treaty

Both sides made overtures last week, with Mr Barnier urging EU governments to give him more negotiating wriggle room on fish, while UK chief negotiator David Frost said Britain was willing to discuss commitments on state aid policy that would “go further than you normally do in a free trade agreement”.

But EU diplomats said the bloc’s leaders would press Mr Barnier on the need to make sure that any level playing field arrangements could be upheld in practice, with the right for the bloc to take “interim” and “autonomous” measures even before a dispute settlement panel has ruled, and to “cross-retaliate” against different sectors of the UK economy.

They said the issue had become even more important because of Mr Johnson’s contentious decision to override last year’s Brexit treaty through his internal market bill — a legal device to unpick parts of the delicate compromise reached to avoid a hard border on the island of Ireland.

“Level playing field — and everything — is also linked to governance,” said one diplomat. “Especially after the internal market bill fiasco, the EU will continue to strongly push for robust, binding enforcement and dispute resolution mechanisms . . . something that the UK so far rejects.”

Diplomats said that even traditional UK allies such as Germany had been spooked by Mr Johnson’s internal market bill, which one of his ministers has said would break international law in a “specific and limited way” by overriding part of the Brexit treaty relating to Northern Ireland.

“What happened on Ireland has really hardened the Europeans’ [position], especially [that of] the Germans,” said one senior EU member state official. “It’s unimaginable for the Germans to breach an international treaty.”

France and other fishing nations in the EU will emphasise their determination to preserve quota rights in British waters, leaving Mr Barnier with limited space to tease out a deal.

Mr Barnier has been pushing EU coastal states to step back from their hardline demands on fish and Mr Johnson emphasised the need for the EU to give ground in a call with Mr Macron on Saturday.

EU countries’ interests are particularly divergent when it comes to fishing rights given only eight member states take significant catch in UK waters.

But diplomats insist that politically the EU cannot emerge from the talks appearing to hand an overwhelming victory to the UK’s fishing fleet. Mr Barnier “has to be very careful”, said one.

Overall on the talks, leaders will say “a deal is the best thing, but we cannot take an economic risk”, said an EU diplomat. “My feeling is that [the summit] will make the position more strict. We will say [to Mr Barnier], ‘Hold on, be careful’.”

Mr Johnson spoke to German chancellor Angela Merkel on Sunday, and emphasised that progress must be made to bridge the gap between the two sides, notably in relation to fisheries and the level playing field arrangements, said a spokesperson for the UK prime minister.

The spokesperson added Mr Johnson also emphasised the UK’s desire to reach a future relationship agreement, but that Britain was prepared to trade with the EU on World Trade Organisation terms if no deal was possible.

Mon Oct 12 , 2020
A low-rise building in a trendy part of east London bears testament to the far-reaching impact of the coronavirus crisis on the UK’s smallest companies. The building’s central atrium has a series of doors leading to its 98 offices and workshops, but many are locked and the blinds on windows […] 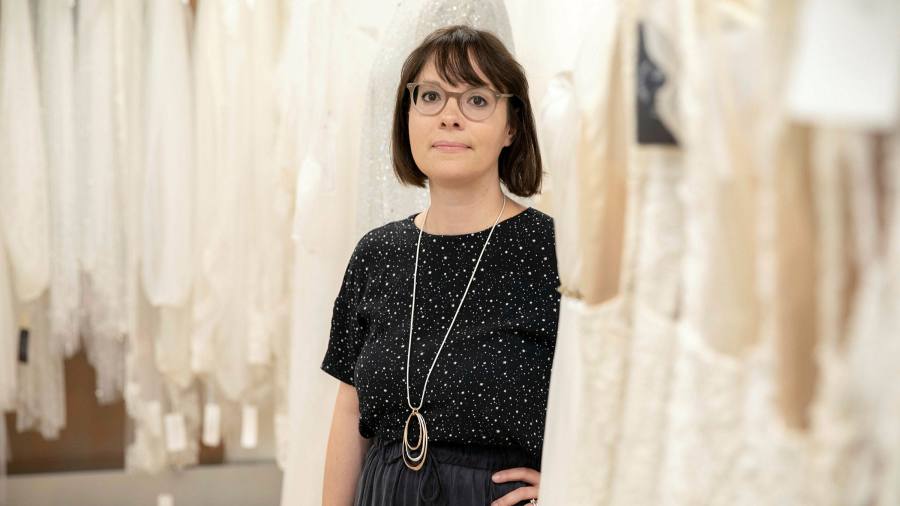