BRUSSELS (Reuters) – The European Union is willing to shift its stance on fisheries in negotiations with Britain next week, sources said, in what would be the first major concession from the bloc in talks with London on their relationship after Brexit.

Fishing is politically sensitive for France and the 27-nation bloc says it would not seal a new trade deal with Britain without a stable agreement.

Currently, fishing mostly takes place in UK waters and most of the catch goes to EU fishermen.

Britain wants to unwind that after Brexit materialises next year, saying it would become an independent coastal state and wants to be in control of its waters and fish.

But the EU has so far sought to keep the status quo, a demand an official with the bloc described as a “maximalist” starting point of negotiations.

“There have been hints of a possible reconciliation of approaches,” the official said ahead of another round of EU-UK talks next week.

“We would be looking to shift on demands to keep everything as is now, a somewhat maximalist opening position, if the UK also moved from its position of coastal attachment. That’s where the room for compromise lies.”

An EU diplomat following Brexit also said the bloc wants to seek a potential compromise on fisheries in talks next week.

“Our opening line of keeping the current terms is impossible to uphold,” the person said. “That is clearly unattainable so we’d be looking to some narrowing of the positions.”

Fisheries have been one of the key stumbling blocs in talks on a new partnership between the EU and Britain, which left the bloc earlier this year and is now in a status-quo transition until end-2020 to allow for talks on a new deal.

With fundamental differences between the bloc and London, negotiators have struggled to make headway in video conferencing mode amidst coronavirus lockdowns barring physical meetings.

The talks have made precious little progress so far and the EU has warned of a stalemate unless there is new momentum next week.

Tue May 26 , 2020
SAN FRANCISCO/WASHINGTON (Reuters) – When the U.S. government first rolled out forgivable loans to small businesses in early April under the Paycheck Protection Program, loan officers at Bank of the West in Grapevine, Texas worked nights and weekends to process a tsunami of applications. FILE PHOTO: An employee of Farley’s […] 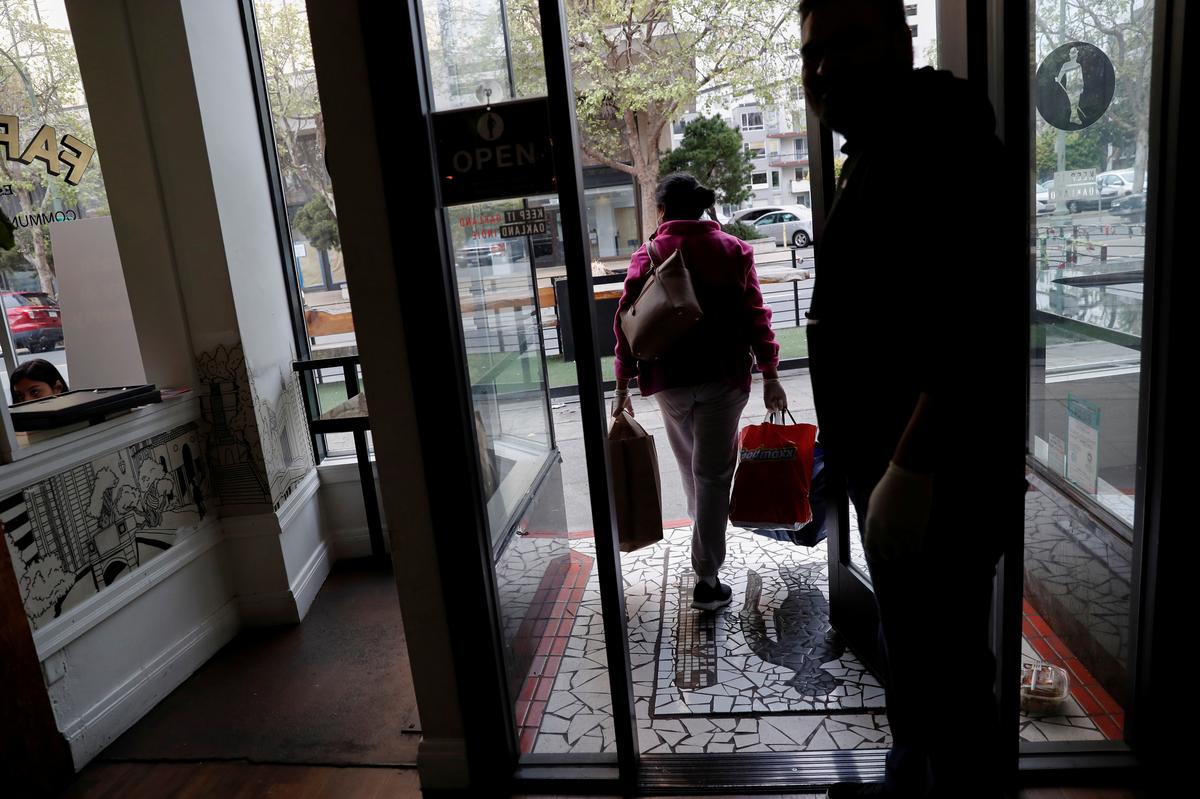