Brussels will push the UK for clarity on how it intends to apply post-Brexit checks to trade with Northern Ireland on Thursday, after Britain rejected EU proposals to establish a permanent office in the province.

Michel Barnier, the EU’s chief Brexit negotiator, has warned that the two sides’ future relationship talks will be jeopardised if Britain does not show a clear commitment to implementing last year’s agreement on how to avoid a hard Irish border.

Brussels is increasingly worried about what it sees as Britain’s failure to prepare public opinion for the inevitable trade frictions that will arise from the Northern Ireland protocol, the most hard-fought element of the UK’s EU exit treaty.

The discussions are legally separate to the EU and UK’s future relationship negotiations, which Brussels warned last week have made little progress, but the two issues are politically intertwined. Mr Barnier and other senior EU policymakers have warned that efforts to forge a new partnership will founder unless Britain lives up to its promises.

The agreement reached last year requires European customs, regulatory and veterinary checks to be applied to products entering Northern Ireland from the rest of the UK, with British officials in charge of carrying out the controls.

The compromise avoided the risk of a hard border with the Republic of Ireland, while keeping Northern Ireland inside the UK’s customs territory. The new system needs to be ready for when Britain’s post-Brexit transition period expires at the end of this year.

European policymakers have been repeatedly alarmed by comments from Boris Johnson and senior UK ministers suggesting that the deal will have minimal impact for companies trading across the Irish Sea. The protocol remains intensely controversial in Northern Ireland, where unionist politicians have demanded that Mr Johnson ensure that there are no obstacles to intra-UK trade.

UK and EU officials will hold their first detailed talks on the issue on Thursday, in the inaugural meeting of a “specialised committee” tasked with monitoring the implementation of the new system.

In a move diplomats see as a forerunner of difficulties to come, the UK has firmly rejected suggestions from Brussels that the EU establish a “technical office” in Belfast to monitor the checks. Last year’s deal grants the EU the right to have officials on the ground to monitor how Britain applies the import controls, but the UK government has argued that a permanent presence would be excessive.

Penny Mordaunt, the UK’s paymaster general and one of the ministers in charge of the implementation of last year’s deal, wrote to Mr Barnier on April 27 setting out Britain’s reasons for rejecting the request.

“Such work can be undertaken by other means, for example through ad hoc visits, which we would of course facilitate as necessary,” she wrote, according to a copy of the letter published on the UK government’s website. The creation of a permanent office “is not consistent with the delicate balance of rights and responsibilities, on both Parties, set out in the [Northern Ireland] Protocol”, she wrote.

A European Commission spokesman said that Brussels did not consider the matter closed.

“We regret that the UK is still not in a position to accept this request,” the spokesman said. “We remain in contact with the UK on this point and we look forward to discussions in the specialised committee on Thursday to further clarify this.”

EU diplomats said that the committee would have myriad issues to address over the coming months, including the sensitive question of how to determine whether goods are at risk of entering the single market, and so should be subject to EU customs duties. Under last year’s deal, all products are deemed at risk unless they satisfy criteria agreed on by both sides.

“It will be important to hear from the UK what their plans are for implementing the protocol,” said one EU official. “We will be insisting that they do so.”

Five principles for a gradual, successful reopening of the UK economy

Wed Apr 29 , 2020
The writer is director-general of the CBI, the UK business body The business toll of the pandemic on Britain is becoming clearer every day — jobs lost in aviation, 40 per cent of shops closed, the sharpest drop in economic activity since records began. This is a health issue in […] 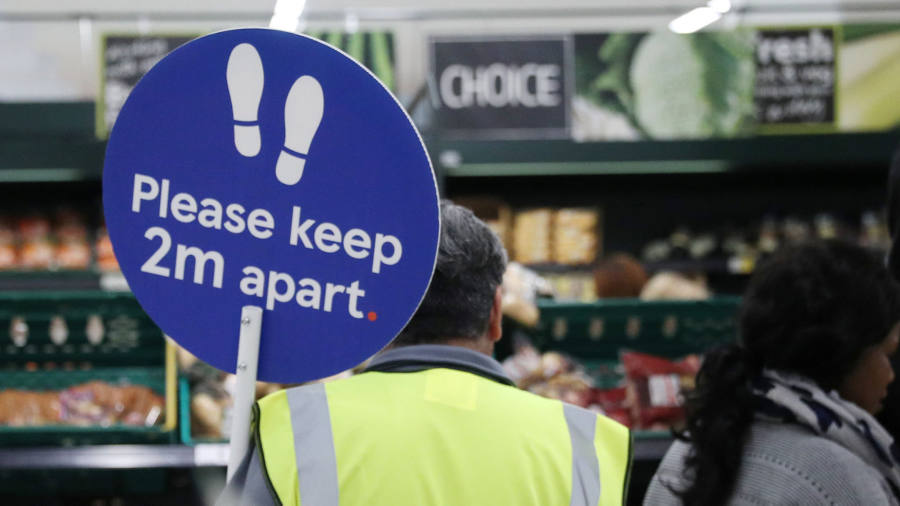