BRUSSELS (Reuters) – The eurozone economy contracted at a record rate in the first three months of the year and inflation slowed sharply as much economic activity in March came to a halt because of the COVID-19 pandemic, data showed on Thursday.

Economists expect even worse numbers for the second quarter.

According to a preliminary flash estimate from the European Union’s statistics office Eurostat, economic output in the 19 countries sharing the euro currency in January-March was 3.8% smaller than in the previous three months – the sharpest quarterly decline since the time series started in 1995.

Economists polled by Reuters had expected a 3.5% contraction after a 0.1% quarterly growth in the last three months of 2019.

Year-on-year the gross domestic product contraction was 3.3% in the first quarter. However, coronavirus-related lockdowns were only in place for two to three weeks of the quarter.

“This points to an much bigger fall in activity in Q2, when the full lockdowns will be in effect for almost half the time and will then be only partially lifted,” said Andrew Kenningham, economist at Capital Economics.

Economists noted that in several countries that reported first quarter GDP numbers, the depth of the recession was linked to the severity of national lockdowns. France’s GDP fell 5.8%, Spain’s by 5.2%, Belgium’s by 3.9% and Austria’s by 2.5%.

“France and Spain have been among the most strict in terms of lockdowns and hence their economies have suffered more. This would suggest that a country like Germany has experienced a smaller-than-average contraction,” said Bert Colijn, economist at ING.

But the slowdown of inflation was smaller than expected by economists, who on average forecast a deceleration to 0.1% year-on-year in Aril, according to a Reuters poll.

The biggest drag on the overall index cam from energy prices, which dropped 9.6% year-on-year.

Without the volatile energy and unprocessed food components – what the European Central Bank calls core inflation – prices grew 0.7% on the month for a 1.1% year-on-year increase. In March this measures was an increase of 1.2% percent.

An even narrower measure of inflation that also excludes alcohol and tobacco prices and is followed by many market economists showed prices going up 0.8% on the month in April and 0.9% year-on-year, against a 1.0% annual increase in March.

“Let there be no mistake: the lockdown is deflationary,” ING’s Colijn said. “Given that unemployment will almost certainly be higher coming out of the lockdown, price pressures are expected to remain weak for some time to come,” he said.

Eurostat said euro zone unemployment, a lagging indicator that reflects changes in the economy with a delay, ticked up to 7.4% of the workforce in March from 7.3% in February.

Economists said they expected that number to increase in the coming months, despite a European Union scheme to help subsidise wages across the 27-nation bloc so that employers cut working hours rather than jobs.

“This is why we need a recovery plan that is sufficiently large, targeted at the hardest-hit economies and sectors, and deployable in the coming months,” he said, referring to a plan to help finance an economic recovery in the bloc.

Thu Apr 30 , 2020
British Airways has told pilots that it expects to reduce headcount by more than a quarter in the first details obtained since it announced swingeing job cuts as a result of the coronavirus crisis. In a letter to pilots seen by Sky News, the airline says it plans to reduce […] 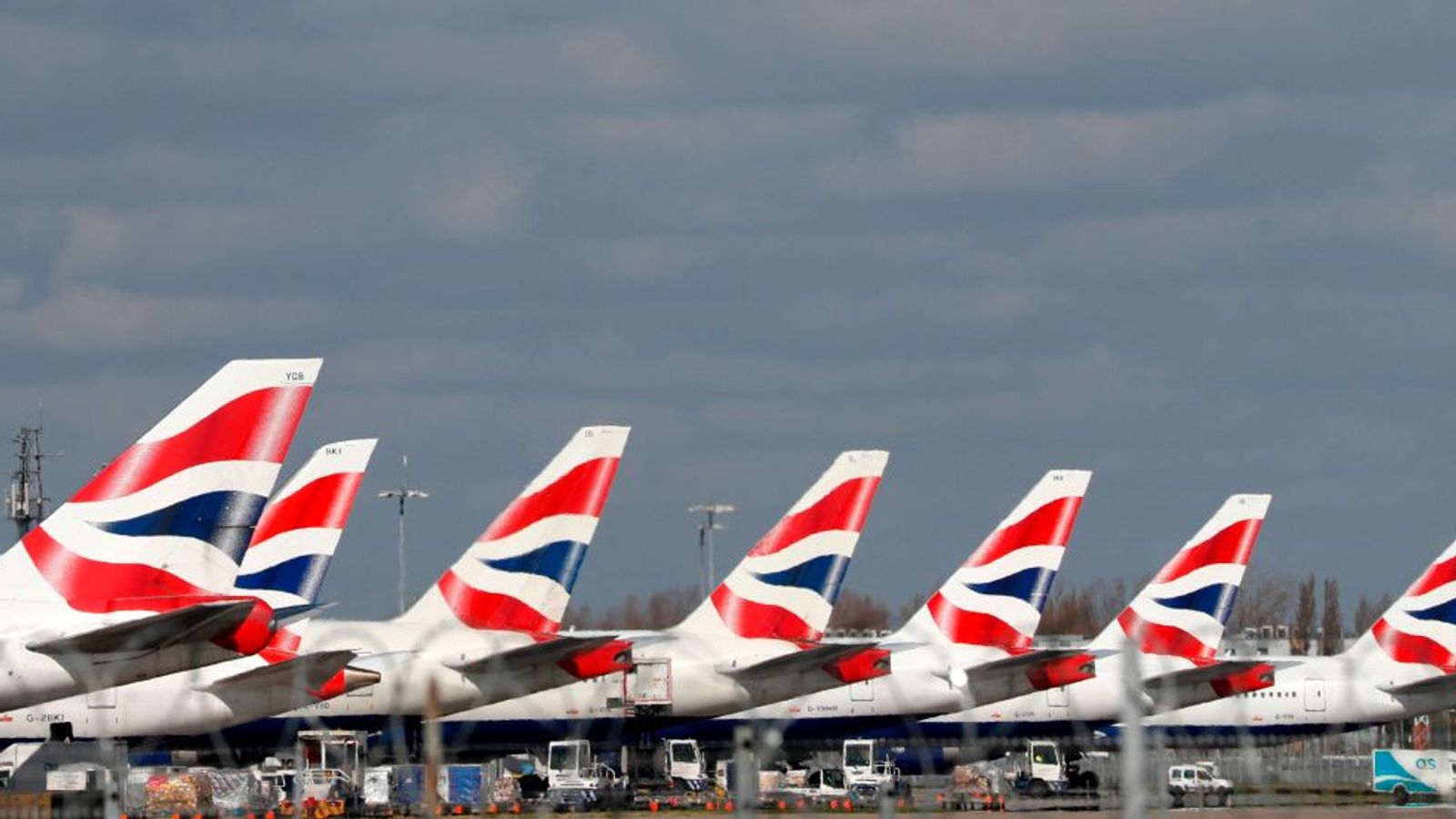