BRUSSELS (Reuters) – Euro zone economic sentiment rebounded less than expected in May when governments began easing coronavirus lockdowns, data showed on Thursday, as the mood in services and construction sectors continued to deteriorate.

The European Commission’s monthly survey showed on Thursday that economic sentiment in the 19 countries sharing the euro improved to 67.5 points this month from an all-time low of 64.9 in April, mainly thanks to more optimism in industry and among consumers.

Economists polled by Reuters had expected an increase to 70.3 in May. The April number was revised down to a record low after updates to business confidence in France.

But in services, many of which remain frozen under lockdown rules, sentiment deteriorated to -43.6 from -38.6 rather than improve as expected by markets. In construction, sentiment also fell – to -17.4 from -16.1. It was almost unchanged in the retail sector.

Inflation expectations among consumers edged marginally lower to 28.6 from 29.2 in April and in industry inched down to -8.6 from -7.5.

Thu May 28 , 2020
FILE PHOTO: Customers wait in line after the coronavirus disease (COVID-19) lockdown has been eased around the country and companies open some of its stores, in Munich, Germany, May 12, 2020. REUTERS/Andreas Gebert/File Photo BERLIN (Reuters) – The German economy is likely to shrink by 6.6% this year as a […] 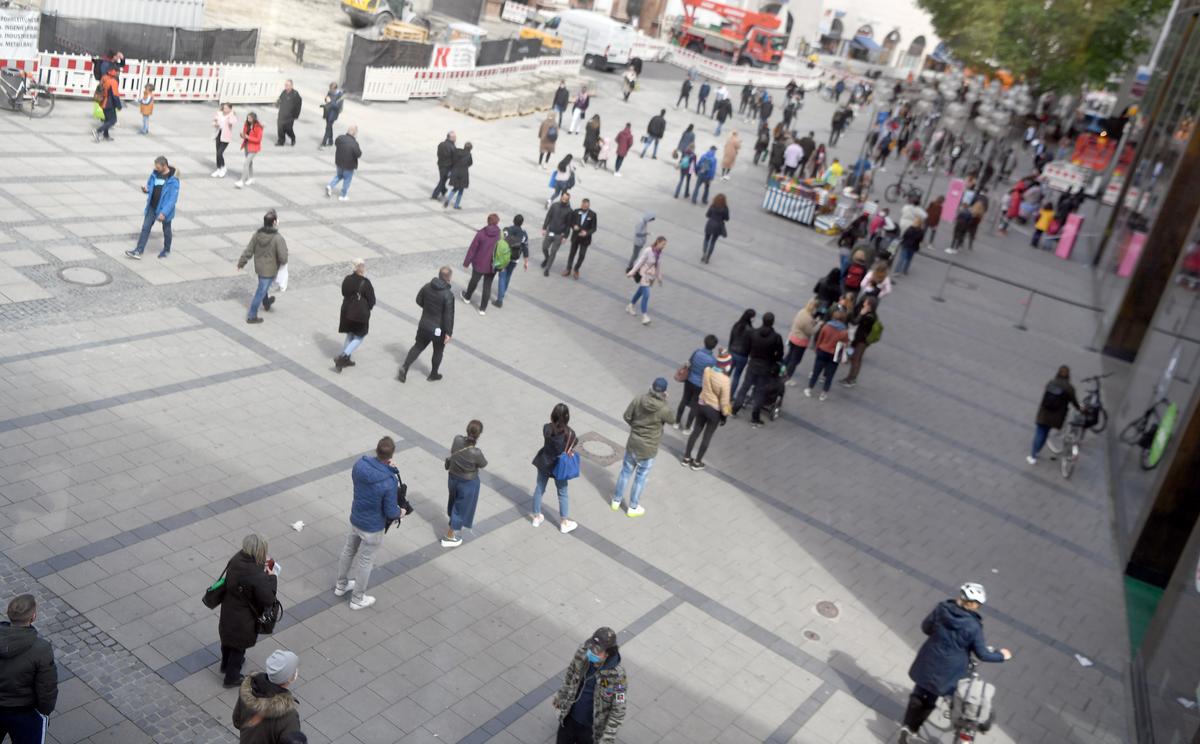