FILE PHOTO: Containers are loaded onto a boat at a shipping terminal in the harbour of the northern German town of Bremerhaven, late October 8, 2012. REUTERS/Fabian Bimmer

BRUSSELS (Reuters) – The euro zone’s trade surplus with the rest of the world grew in February, with a decline in imports from China as well as sharply lower energy needs because of mild winter weather.

For China, which already had widespread coronavirus restrictions in place in February, exports from the European Union as a whole were slightly lower than in February 2019. However, imports were down by 8.1%, according to data on Eurostat’s website.

Energy imports as a whole also declined by 9.6% in February, when comparing Jan-Feb data issued on Monday and January data from a month ago. That translated into 10.1% lower imports from Russia and 5.9% less from Norway.

The trade surplus with the United States, by contrast, grew by 21% in the month as exports increased and imports declined. The persistent surplus in goods has been a source of transatlantic tension.

On a seasonally adjusted basis the euro zone trade surplus also rose to 25.8 billion euros in February from 18.2 billion euros in January. Exports were 1.8% higher month-on-month and imports 2.3% lower.

Mon Apr 20 , 2020
VARADERO, Cuba/KINGSTON (Reuters) – No one is swimming in the turquoise Caribbean waters of Cuba’s Varadero beach resort, nor lounging on its white, palm-fringed beaches. Its hundreds of hotels, shops and restaurants stand empty and eerily quiet. A security agent wearing a protective mask walks on the beach amid concerns […] 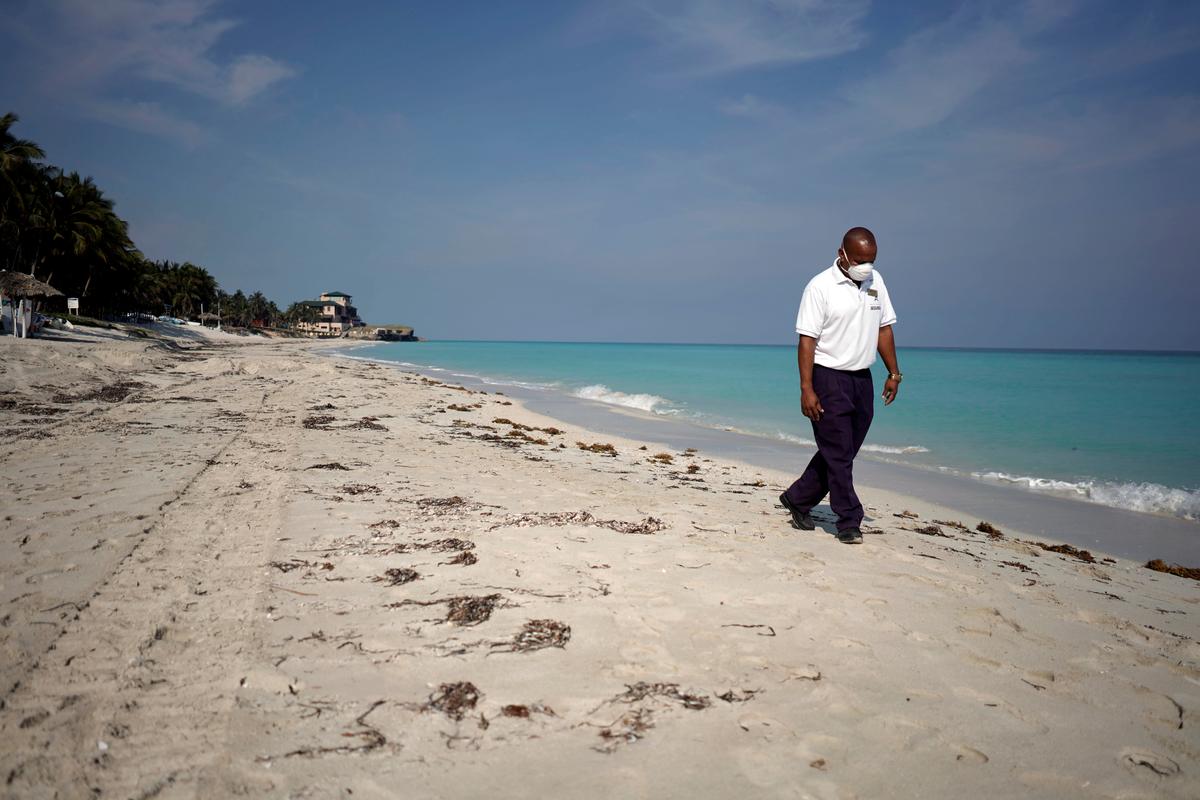