Yen, euro and U.S. dollar banknotes of various denominations. Kiyoshi Ota | Bloomberg | Getty Images The yen scaled a three-year high against the euro and a seven-week peak on the dollar on Wednesday, after a court decision challenging German participation in Europe’s stimulus program and worries about a bumpy […]

The yen scaled a three-year high against the euro and a seven-week peak on the dollar on Wednesday, after a court decision challenging German participation in Europe’s stimulus program and worries about a bumpy global recovery spooked investors.

Germany’s highest court on Tuesday gave the European Central Bank three months to justify purchases under its bond-buying program, or lose the Bundesbank as a participant in a scheme aimed at cushioning economic blow from the coronavirus.

The news sent the euro to a one-week low of $1.0826 overnight and it slumped to a three-year trough of 115.09 yen in Asia, as traders fretted about both the scheme and the euro’s future.

Bears were also on the ascendancy elsewhere, as risk-exposed majors dipped a tad and the safe-haven yen cracked through resistance against the dollar to hit a seven-week high of 106.20.

Currency and stock markets have been fickle this month, as dire economic indicators and concerns about U.S.-China tensions have held optimism about lifting Covid-19 lockdowns in check.

“The yen has been the pick of the major currencies since the crisis started, and that should continue,” Kit Juckes, head of FX strategy at Societe Generale, said in a note.

“The level of yields is biggest driver of yen strength and they’d have to go up a fair bit globally to make the yen weaken.” Long-dated U.S. yields rose overnight, as the U.S. plans a borrowing spree, but remain near historic low

The yen gained almost half a percent on the Australian dollar to 68.25 yen and is close to a three-week high. The Aussie and kiwi slipped slightly on the greenback, though held above 64 cents and 60 cents respectively.

The German court decision is unlikely to completely derail Europe’s stimulus program since the European Central Bank will probably be able to provide the required justification for its bond purchases.

But resulting uncertainty is only the latest strain on Europe’s teetering coronavirus response.

The pandemic’s heavier toll on indebted Italy and Spain, compared with Germany, has revived tension between wealthy northern and poorer southern European member states — leaving politicians divided and the ECB to do the heavy lifting.

“This will be the second time we have been in a major crisis where the ECB has been put under heavy pressure,” St. Louis Federal Reserve president James Bullard said on Tuesday.

“This very much is a stress test for the euro and the European project to be able to react to this crisis in an effective way,” Bullard said in web cast remarks. “I am just hopeful this will be a catalyst.”

Elsewhere U.S. President Donald Trump has again pressed China about the origins of the outbreak that has killed more than a quarter of a million people since it started in the Chinese city of Wuhan late last year.

Markets are awaiting a response from Beijing to his latest comments, which last week included a threat of fresh tariffs on Chinese goods.

Wed May 6 , 2020
LONDON (Reuters) – British airline Virgin Atlantic plans to cut 3,150 jobs and move its London Gatwick operations to the bigger Heathrow airport, it said on Tuesday, as it counts the cost of the COVID-19 pandemic. The spread of the novel coronavirus has virtually brought airports around the globe to […] 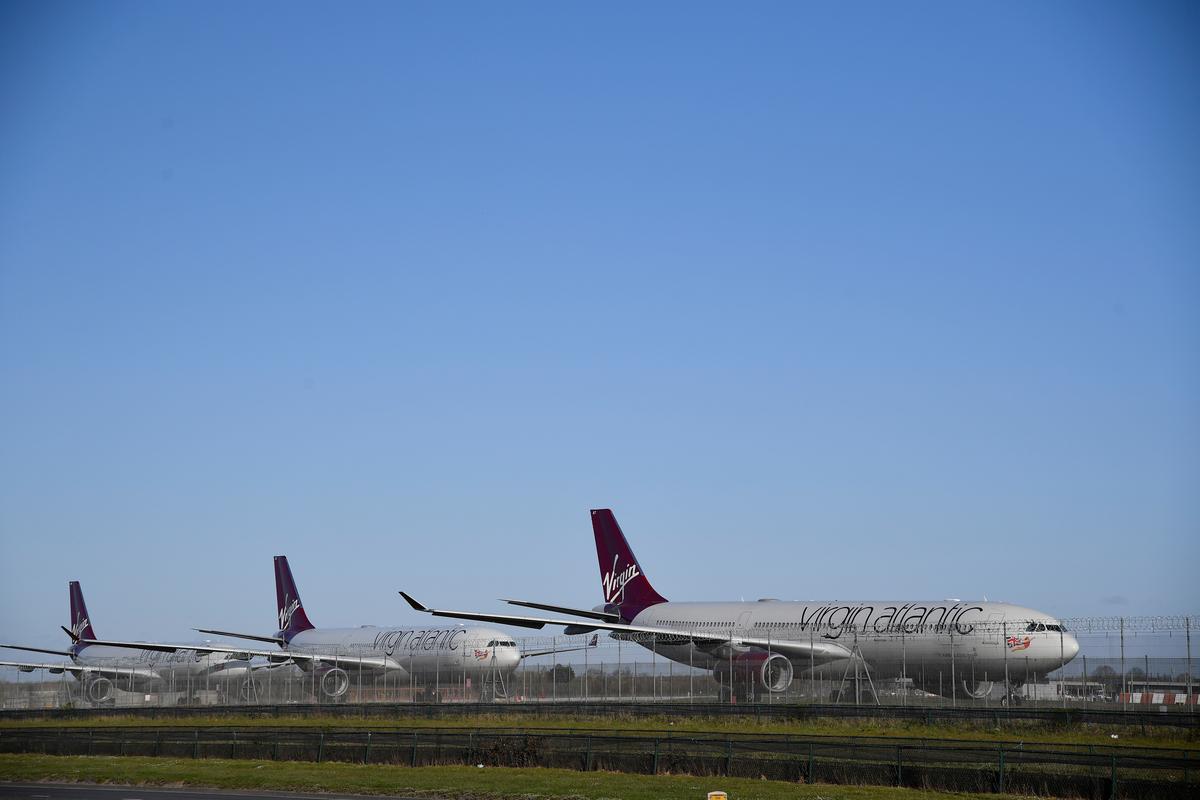