European stocks are expected to open higher Tuesday against a backdrop of unrest and violence in the U.S. as protests continue over the killing of George Floyd, an unarmed black man, by police last week.

Global investors are focused on developments in the U.S. after President Donald Trump threatened to deploy the military if states and cities failed to quell the demonstrations sparked by the killing of George Floyd.

“If a city or state refuses to take the actions necessary to defend the life and property of their residents, then I will deploy the United States military and quickly solve the problem for them,” Trump said during a Rose Garden address Monday.

As Trump spoke, riot police and military police used tear gas to clear protesters out of a public square in front of the White House. Trump took a walk through the square after his remarks.

The protests have raised concerns of further coronavirus spread too. More than 1.7 million people in the U.S. have tested positive for the virus and over 104,000 have died due to Covid-19.

Black Americans have made up a disproportionate share of the deaths as underlying conditions, income inequality and disparity in access to health care have exacerbated the outbreak in the community.

Stocks in Asia-Pacific were mostly higher in Tuesday afternoon trade as tensions between the U.S. and China continued to simmer. China has told state-owned firms to pause on purchases of soybeans and pork from the U.S., Reuters reported Monday, citing sources.

Tue Jun 2 , 2020
SYDNEY (Reuters) – Australia’s central bank held rates at all-time lows on Tuesday and sounded less gloomy as the economy gradually re-opens during what is likely to be the worst quarter since the Great Depression. FILE PHOTO – A worker pushing a trolley walks with pedestrians past the Reserve Bank […] 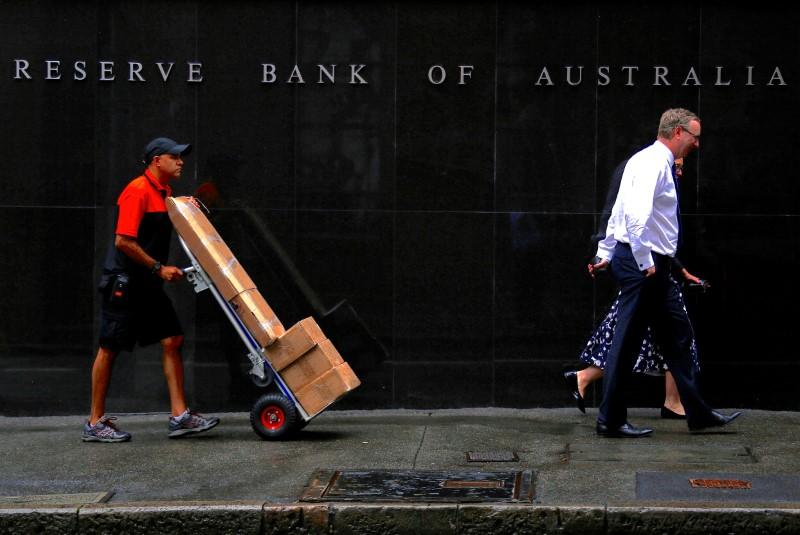