European markets are expected to focus on the latest coronavirus developments Wednesday as investor sentiment weakens. U.S. stock futures ticked higher in overnight trading and pointed to modest gains at the open Wednesday, following a weak session Tuesday that snapped a three-day winning streak for markets.

Hopes for an effective coronavirus vaccine have been shaken as several vaccine experts say the pharmaceutical company Moderna — which announced Monday that its potential Covid-19 vaccine appeared to be generating an immune response in human trial subjects — did not provide enough information to determine how effective the vaccine is, according to a STAT News report. The experts suggested that the recent announcement from Moderna should be taken “with a big grain of salt.”

Elsewhere, Treasury Secretary Steven Mnuchin and Federal Reserve Chairman Jerome Powell testified before the Senate Banking Committee on Tuesday on the Trump administration’s efforts to deal with the financial fallout of the pandemic.

Mnuchin specifically addressed how money from the $2 trillion CARES Act was distributed to individuals and businesses and said the Treasury and Fed are “fully prepared to take losses in certain scenarios” on the remaining capital.

Meanwhile, President Trump told reporters Tuesday that the World Health Organization must “clean up” its act or the U.S. won’t “be involved with them anymore.” Trump threatened to pull support from the agency permanently Monday and started a 30-day clock for the WHO to commit to changes.

In Europe Wednesday, earnings come from Experian and Marks & Spencer and Deutsche Bank holds a virtual AGM Wednesday. On the data front, inflation data is due from the U.K. for April and euro zone flash consumer confidence figures for May are also expected. Sweden’s central bank publishes its Financial Stability Report 2020 as well.

– CNBC’s Maggie Fitzgerald and Helen Miller contributed to this report.

Wed May 20 , 2020
FILE PHOTO – Rain clouds pass over the Canary Wharf financial district in London, Britain July 1, 2016. REUTERS/Reinhard Krause/File Photo LONDON (Reuters) – Expectations for second- and third-quarter corporate profits are deteriorating further in Europe, despite a gradual easing across the continent of lockdowns aimed at curbing the coronavirus […] 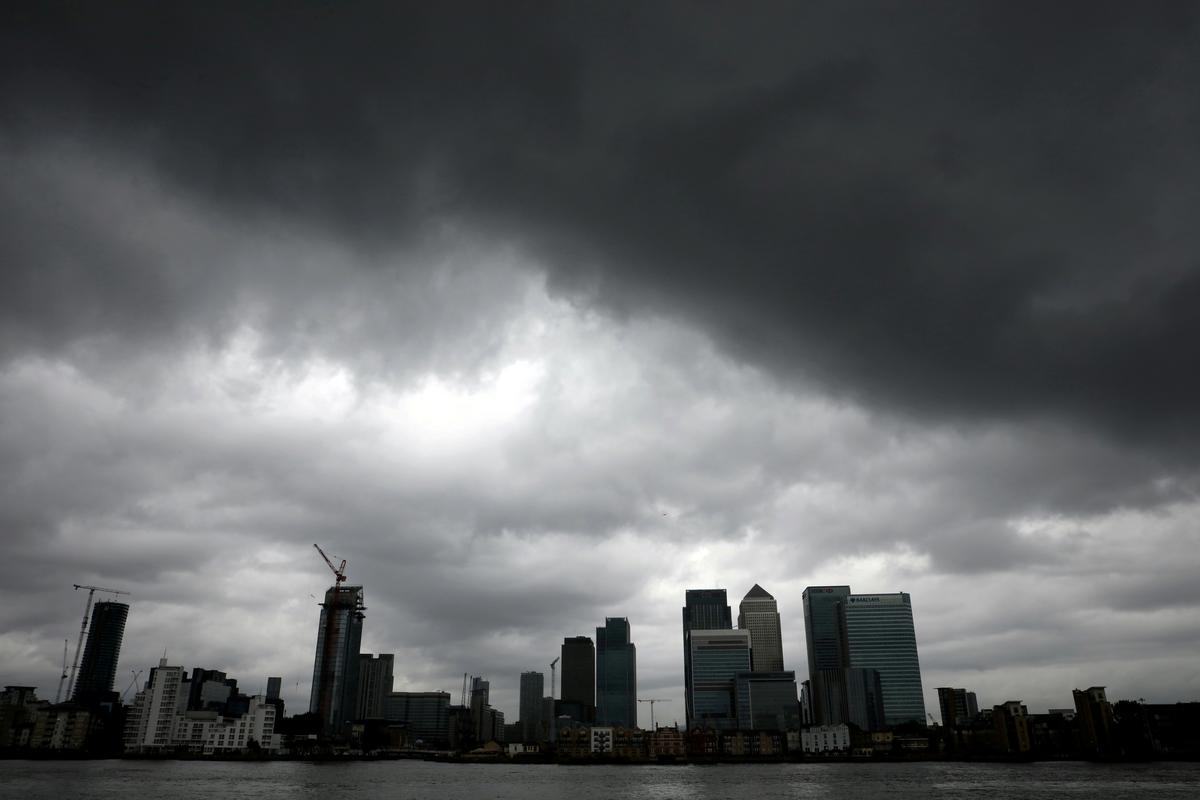