European stocks are expected to open lower Tuesday as investors shift their focus to upcoming central bank meetings by the U.S. Federal Reserve, Bank of Japan and Bank of England.

Investors in Europe will be looking to the results of the latest U.S. Federal Reserve meeting taking place Tuesday-Wednesday, although the central bank is not expected to make any changes to its monetary policy stance and reacting to the latest data from China.

Meanwhile, stocks in Asia-Pacific were mostly higher after data showed retail sales in China rose 0.5% in August from a year ago — the first positive report for the year so far — according to the country’s National Bureau of Statistics. Still, retail sales for the first eight months of the year were down 8.6% from a year ago, the bureau said.

Meanwhile, industrial production in the country grew 5.6% in August from a year ago while fixed-asset investment declined 0.3% for the first eight months of the year.

U.S. stock futures ticked slightly lower on Monday night after the market kicked off the week with a broad-based rally. Futures tied to the Nasdaq 100 slipped 0.2%, while those for the Dow Jones Industrial Average and S&P 500 slouched 0.1%. The move in futures follows a rebound session for Wall Street on Monday.

On the earnings front, Ocado releases third-quarter earnings and H&M releases a Q3 sales update. U.K. unemployment data for July is released and Germany’s ZEW index of economic sentiment for September is also due.

Tue Sep 15 , 2020
The UK labour market has shed almost 700,000 jobs since the start of the coronavirus lockdown, and more than 5m workers were still temporarily away from work even after the hospitality sector reopened in July, official data showed on Tuesday. The number of employees on companies’ payrolls was down by […] 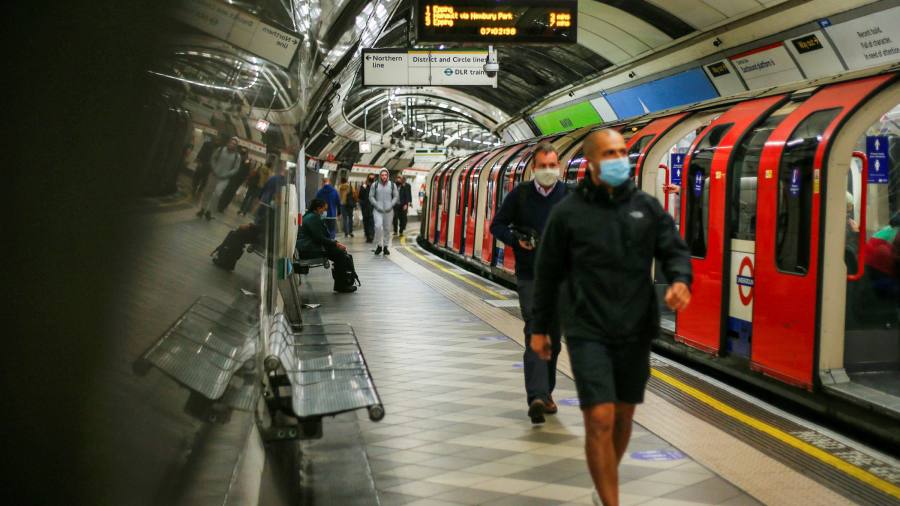