Europe’s travel industry was left reeling on Monday, with new restrictions threatening to destroy what was left of the critical summer season and sending shares in airlines and tour operators tumbling.

Investors reacted with particular alarm to the decision over the weekend by the UK government to impose a two-week quarantine on travellers returning from Spain, a popular destination for holidaymakers, but one where infections in certain regions have been rising.

France also warned its citizens over travel to parts of Spain, deepening the blow to the prospects of a late-summer revival for a tourism industry hit hard by the pandemic. The industry had welcomed “transport corridors” with low-risk countries as a chance to kickstart tourism but on Monday said the new restrictions would deal a blow to consumer confidence.

“In Europe, second wave shutdown risks are especially focused on Spain and the impact on tourism there,” said Steen Jakobsen, the chief economist and chief investment officer at Saxo Bank.

The Spanish tourism industry is heavily reliant on British holidaymakers. More than 18m Britons visited last year, more than any other nationality, according to research company Statista.

Low-cost airline easyJet was the hardest hit among big airlines with its shares falling 7 per cent. British Airways owner IAG lost 6 per cent and Germany’s Lufthansa shed 5 per cent.

The British Chambers of Commerce warned that the “abrupt” decision by the UK “will be yet another hammer blow for the fragile travel and tourism industries.” Tui called for a more “nuanced” policy allowing quarantine-free travel to some parts of Spain.

The UK government on Monday defended the decision, saying people should be aware that ministers would change the advice “rapidly if necessary” to stop the spread of coronavirus.

“No travel is risk-free during this pandemic,” Downing Street said. “Anyone travelling abroad should be aware that our travel advice and exemption list is under constant review as we monitor the international situation.”

Tui said it would cancel trips to mainland Spain until August 9 and offer refunds or incentives to rebook.

The UK government said employers should be considerate of the situation that workers might find themselves in if forced to self-isolate. “We would encourage employers to be accommodating and flexible, for example allowing them to work from home wherever possible.”

For those unable to work during that period they could apply for jobseeker’s allowance or universal credit, it added.

The decision provoked an angry response from Madrid, which has insisted the pandemic is under control.

She added that the epidemiological data on infections from the islands was “well below” the levels in the UK.

There was fury, too, from an airline industry that has slashed tens of thousands of jobs and tapped investors for cash in a bid to survive the pandemic.

“A unilaterally decided blanket quarantine order for everybody returning from Spain does not accurately reflect the risk of a regional spike in one corner of the country,” the industry body said.

Shares in Ryanair dropped 4 per cent, having reported a loss earlier on Monday, and warned that a new wave of infections in the autumn was “our biggest fear right now”.

The airline said it hoped European governments would not implement further travel restrictions, but said it expected a “very challenging year” and was unable to offer financial guidance.

Mon Jul 27 , 2020
Next week, the UK government begins gradually winding down the furlough scheme, which has partly covered the wages of more than 9m workers. From August 1, employers will need to start contributing to the cost of furloughing staff, adding to the burden of struggling businesses and leading to fears that […] 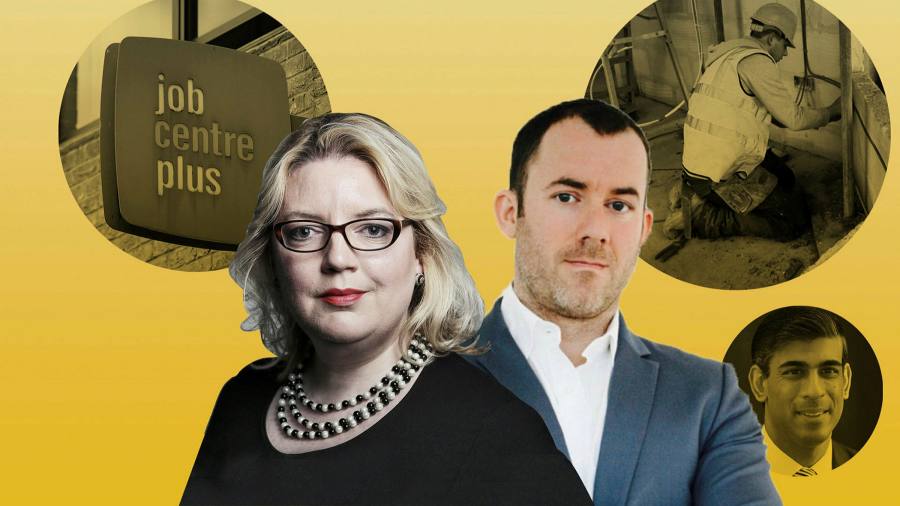