BUENOS AIRES (Reuters) – Argentina’s efforts to convince bondholders to accept a $65 billion(52.26 billion pounds) debt restructuring proposal are proving tough work, the country’s economy minister told Reuters, but said he had no plans to extend a Friday deadline for a deal.

Argentina is at loggerheads with its creditors over its proposal to impose large reductions on coupons, a three-year payment hiatus and push back maturities into the next decade.

Bondholders have until Friday to respond to the proposal, though three major creditor groups have already rejected the offer, clashing with Argentina’s government, which says it cannot afford to pay anything more.

“We are still working to get both sides closer. … It has proven difficult,” Martin Guzman, the economy minister, told Reuters at his offices in downtown Buenos Aires on Monday afternoon. “We are not planning to change the deadline,” he added, without saying if that stance might be altered nearer the date.

The current proposal includes a three-year suspension of payments and would leave creditors with an average coupon of 2.3%, compared with their 7% average now. It amounts to a steep 62% cut to interest payments.

On Monday three creditor groups panned the deal, saying it imposed on creditors “disproportionate losses that are neither justified nor necessary.”

Argentina’s Economy Ministry said it was disappointed by the position taken by the bondholder groups, though indicated it was open to counter proposals if they aligned with the country’s analysis of what debt levels would be sustainable.

Guzman said Argentina had had “positive engagement with some creditors over the last few days.”

“Others have decided not to engage and not to accept our invitations to meet,” he added. “Some creditors are already expressing their conformity with the offer and there is time to agree on a sustainable resolution with the rest of our creditors.”

Argentine will be flexible to a degree as long as the restructuring respects constraints imposed by the government’s debt sustainability analysis and a separate report from the International Monetary Fund, Guzman said.

He added that talks have been constructive with the International Monetary Fund over a new deal to replace a $57 billion facility agreed in 2018. The country is in talks with the Paris Club of country-to-country lenders, though will miss a $2.1 billion payment due on Tuesday.

“We are in negotiations to reschedule the Paris Club debt. We are not paying tomorrow,” Guzman said. “The Paris Club has been receptive and the process for rescheduling the debt is ongoing.”

The last time Argentina had a major default, in 2001-02, it punctuated a financial crisis that pushed millions of middle-class Argentines into poverty and kicked off more than a decade of acrimonious lawsuits by bondholders in U.S. federal courts.

The current crisis is being aggravated by the global coronavirus pandemic, which is punishing even the world’s strongest economies. Argentina was in recession before the health crisis hit.

Tue May 5 , 2020
LONDON (Reuters) – Britain sold 3.25 billion pounds of five-year government bonds at a record-low yield of less than 0.02% on Tuesday – raising the prospect that markets could soon pay Britain’s government to borrow money. FILE PHOTO: A man wearing a mask outside the Bank of England as the […] 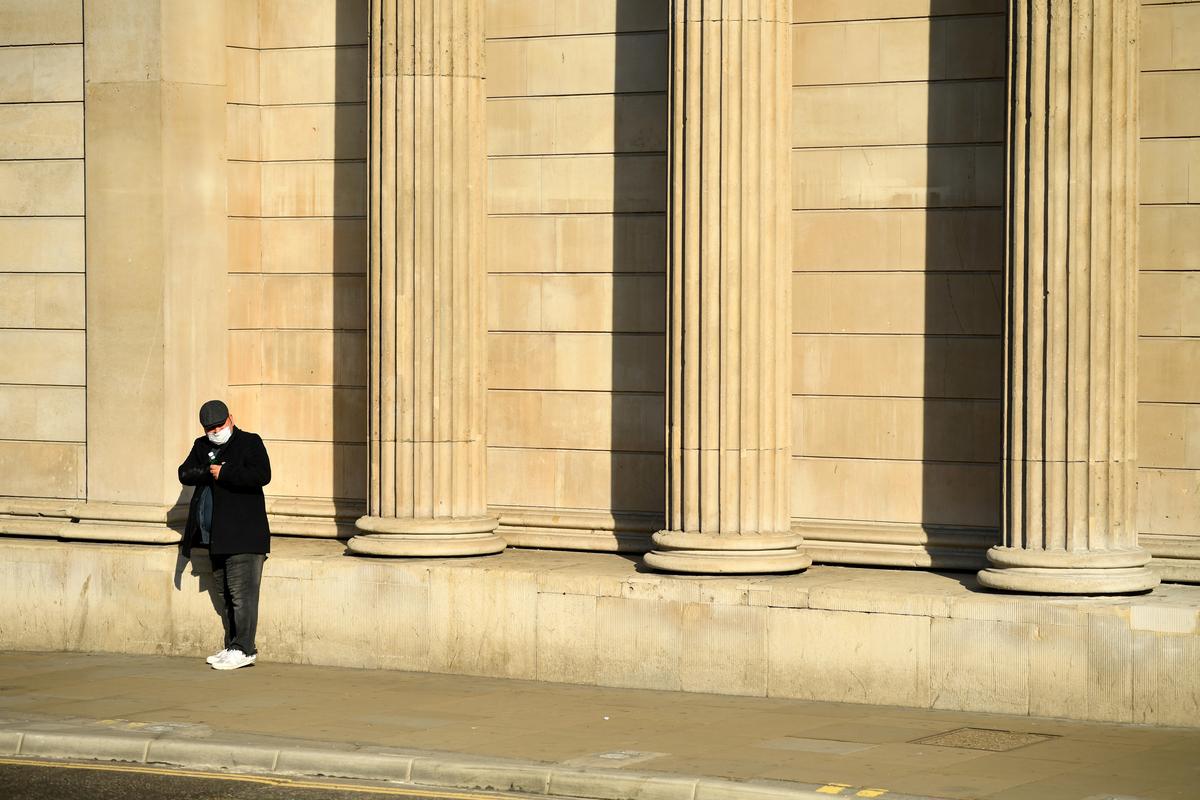