LONDON (Reuters) – British department store group Debenhams has cut “hundreds” of head-office jobs as it slims down its administrative functions to support a smaller business going forward, two people with knowledge of the situation told Reuters.

Prior to the latest cuts, Debenhams’ head office employed about 3,000.

One of the people said about 160 jobs had gone from Debenhams’ merchandising department and a similar number from buying, a hundred or so in design and others in human resources.

“They’re just running on the bare bones now … There was 16 people left within merchandising in the company,” the person said.

All the staff made redundant are currently furloughed under the government’s job retention scheme.

Last month Debenhams went into administration for the second time in a year, seeking to protect itself from legal action by creditors during the coronavirus crisis that could have pushed it into liquidation. The retailer is owned by a lenders’ consortium called Celine UK NewCo 1 Ltd.

With Britain still in lockdown, Debenhams’ 142 UK stores are closed, though it continues to trade online. In total it employs 22,000.

It plans to reopen 120 stores as lockdown restrictions are eased by the government, starting with about 90 stores in England from June 15.

Debenhams confirmed there had been a reduction in head office head count but declined to give any numbers.

UK cautions EU against financial 'self harm' over Brexit

Thu May 28 , 2020
FILE PHOTO: Britain’s Chancellor of the Duchy of Lancaster, Michael Gove gestures as he holds the Daily Covid-19 Digital News Conference with NHS Medical Director, Professor Stephen Powis (not pictured) to update on the coronavirus disease (COVID-19) outbreak, at 10 Downing Street in London, Britain May 3, 2020. Pippa Fowles […] 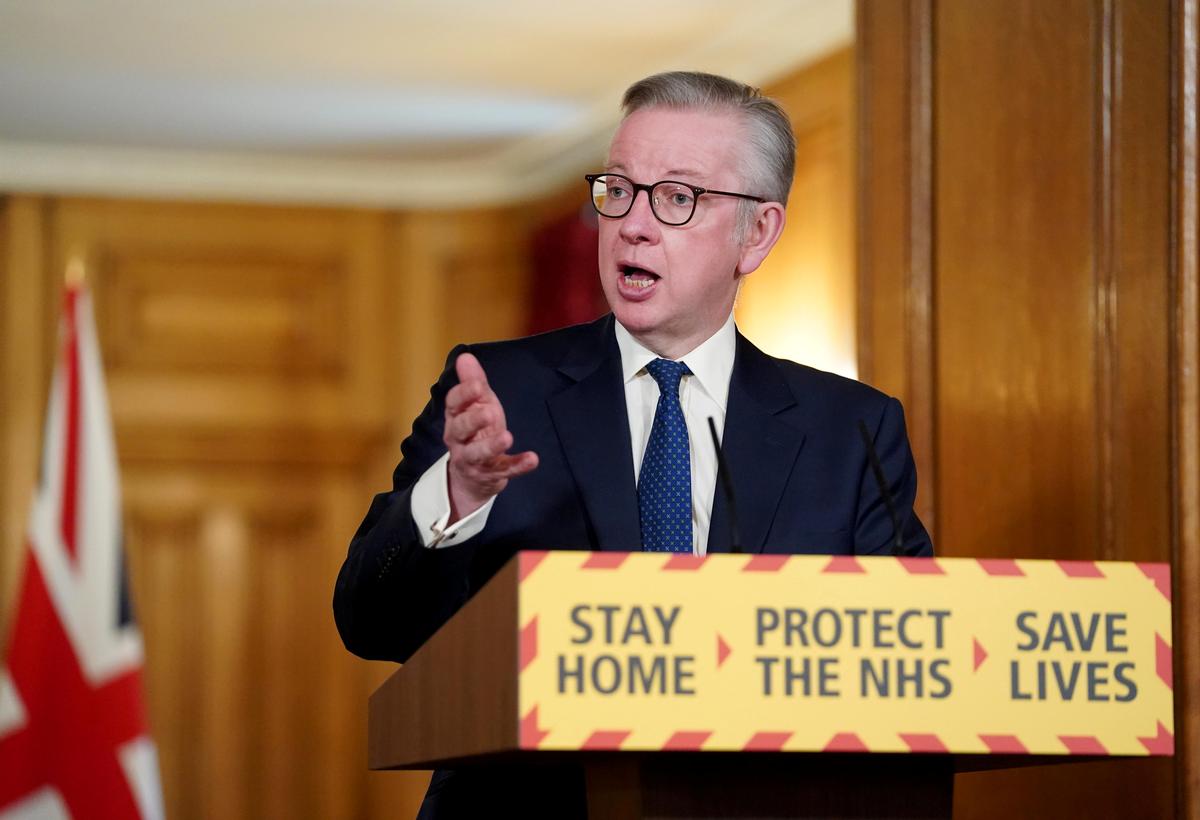