DUBAI/LONDON/MOSCOW (Reuters) – OPEC and its allies want to maintain existing oil cuts beyond June when the OPEC+ group is next due to meet to shore up prices and demand, which has been hit by the coronavirus pandemic, four OPEC+ sources said on Tuesday. FILE PHOTO: The logo of the […]

DUBAI/LONDON/MOSCOW (Reuters) – OPEC and its allies want to maintain existing oil cuts beyond June when the OPEC+ group is next due to meet to shore up prices and demand, which has been hit by the coronavirus pandemic, four OPEC+ sources said on Tuesday.

Global oil demand has slumped by about 30% as the crisis has curtailed travel and economic activity, building up oil inventories globally. Brent crude prices fell 65.6% in the first quarter, before the OPEC+ grouping agreed its deepest oil cuts.

OPEC and its allies, led by Russia, who are known as OPEC+, agreed in April to cut output by 9.7 million bpd for May and June, a record reduction. While producers will slowly relax curbs after June, supply reductions will remain to April 2022.

“The ministers want to keep the same oil production cuts now which are about 10 million bpd, after June. They don’t want to reduce the size of the cuts. This is the basic scenario that’s being discussed now,” one OPEC+ source told Reuters.

OPEC+ meets next in early June to decide on its output policy. Under the deal, the exporting group is set to scale back the cuts to 7.7 million bpd from July until December.

A source familiar with Russia’s thinking did not rule out a rollover of the existing oil cuts beyond June, but added that “it will depend on a market situation”.

“We all look forward to getting back to some normality. It’s important that demand picks up again and soon. But demand will be down until the lockdowns are lifted,” another OPEC+ source said, in reference to restrictions to contain the spread of the coronavirus pandemic, which has killed tens of thousands.

Saudi Arabia made a surprise announcement on Monday that it will voluntarily deepen oil output cuts from June by 1 million barrels per day, saying it wants to expedite draining a global supply glut and rebalancing the oil market.

Gulf OPEC producers the United Arab Emirates and Kuwait have joined Saudi Arabia and pledged fresh cuts for their June output by a combined 180,000 bpd.

Oil prices rose on Tuesday, boosted by the unexpected cut announcements by the Gulf producers.

The supply reductions, along with the easing of lockdowns in some countries which have helped lift fuel demand, are expected to ease pressure on crude storage capacity and shore up prices.

But renewed coronavirus outbreaks in China and South Korea have revived concerns, while Germany has also reported that new coronavirus infections were accelerating exponentially after early steps to ease its lockdown.

Tue May 12 , 2020
(Reuters) – Boeing Co (BA.N) recorded zero orders for the second time this year in April and customers canceled another 108 orders for its grounded 737 MAX plane compounding its worst start to a year since 1962. FILE PHOTO: Grounded Boeing 737 MAX aircraft are seen parked in an aerial […] 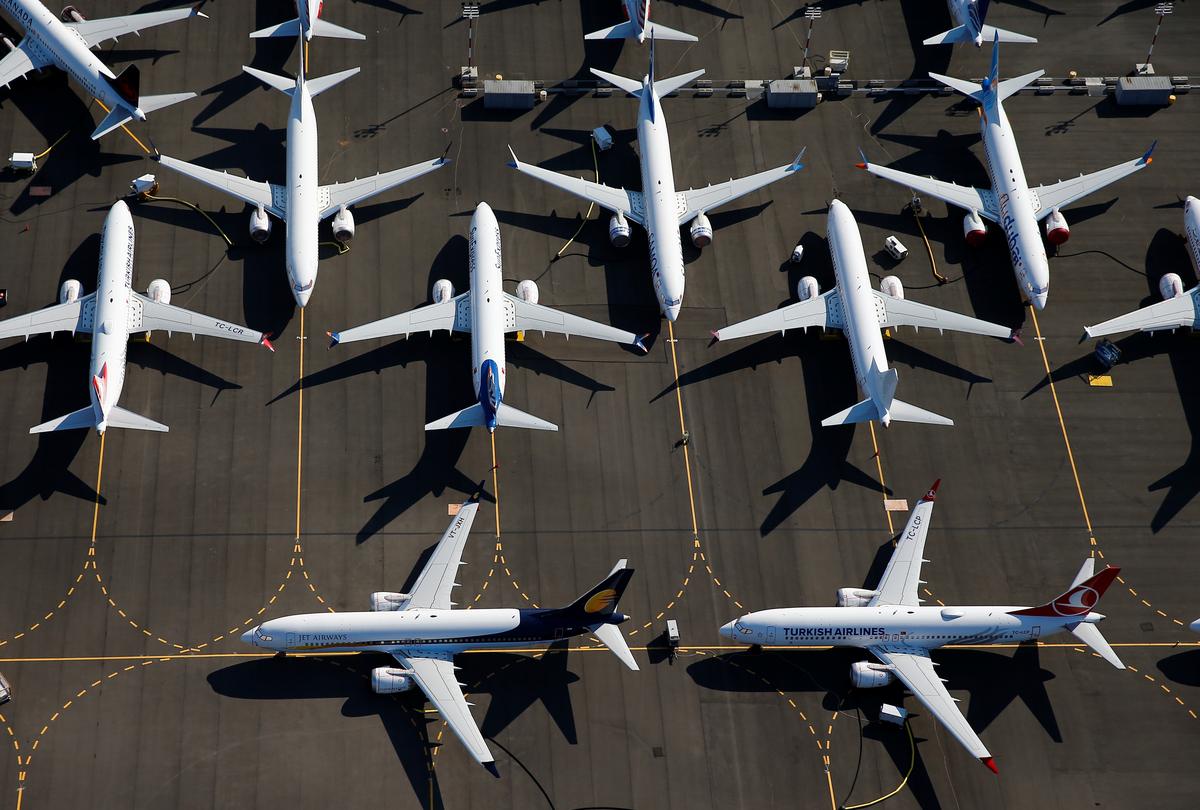