PARIS (Reuters) – Ryanair (RYA.I) is steeling for an airline price war that it expects to win once coronavirus restrictions are lifted and passengers flock back to tourist destinations, Chief Executive Michael O’Leary told Reuters on Wednesday.

Brushing off forecasts of a sluggish recovery, O’Leary predicted a swift traffic rebound, with the pain coming instead from “massive price-dumping” that traditional airlines now seeking bailouts would struggle to keep up with.

His bullish outlook puts the Ryanair boss at odds with peers such as Lufthansa (LHAG.DE) and analysts who see a return to 2019 traffic only around 2023-4. Plane manufacturers and airline body IATA have also warned of a slow recovery from the pandemic.

Ryanair assumes European flights will stay grounded until a “limited” resumption in June, O’Leary said. After that, a resurgence of intra-European travel will be driven by steep discounts on last-minute holidays in July-August.

“Lots of people across northern Europe have been locked up in apartments,” he said. “They will all want to go on holiday before the kids go back to school as long as they can do so in reasonable safety.”

Ryanair backs anti-coronavirus measures including masks and temperature checks for passengers and crew, while rejecting calls for planes to fly one-third empty.

Before too long, “volumes will be back on a normal footing but on lower pricing” O’Leary predicted. “The minute we’re about to start flying again we’ll start doing seat sales, and so will every other airline.”

But a low-cost model and robust balance sheet make Ryanair better prepared for a fare-slashing recovery, with pricing unlikely to improve before next year, he added.

For Ryanair, nonetheless, “2021 has every prospect of being a bumper year in terms of earnings,” O’Leary also predicted. “Pricing might be lower but oil prices will be lower” and airports will cut charges to encourage traffic growth.

Sounding another discordant note amid the coronavirus gloom, he said the summer of 2021 had huge potential as holidaymakers make up for the previous year’s thwarted plans.

FILE PHOTO: Ryanair Boeing 737-8AS plane takes off before all international flights will be cancelled on Monday midnight, March 16, as a preventive measure against the coronavirus disease (COVID-19) in Riga, Latvia March 16, 2020. REUTERS/Ints Kalnins

O’Leary said he planned to hold onto all existing Boeing (BA.N) 737 MAX jet orders and even dangled the prospect of adding more of the currently grounded planes – and repeating a Ryanair habit of buying when demand and prices are low.

“I don’t think there are that many airlines out there at the moment looking to order more aircraft,” he said. “I would think the pricing would be pretty keen in the next 12 months.”

UK lockdown set to be extended until early May

Wed Apr 15 , 2020
Britain is on Thursday expected to extend its coronavirus lockdown until early May, but there were rising hopes that the country is approaching the peak of the crisis and that a gradual easing of restrictions will begin next month. Health secretary Matt Hancock on Wednesday insisted that it was “too […] 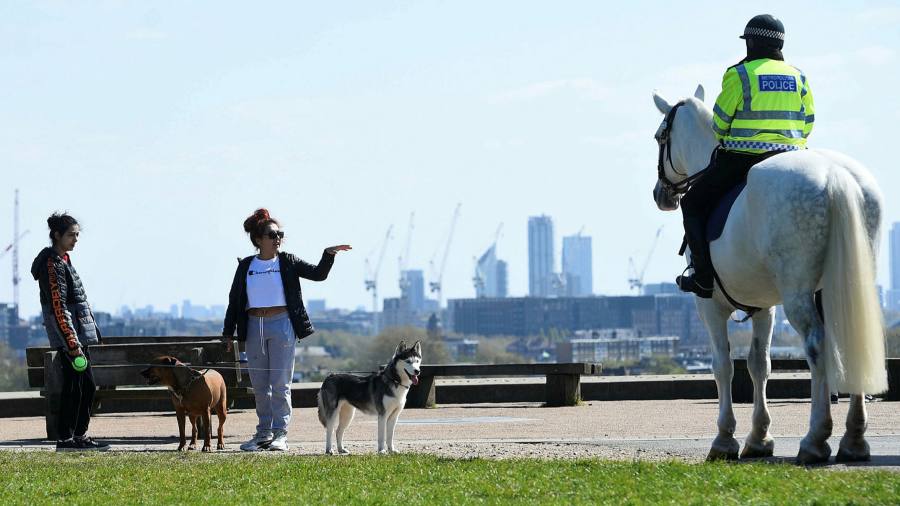