WASHINGTON (Reuters) – New Chinese national security restrictions imposed on Hong Kong could draw a U.S. revocation of the former British colony’s “special status” under U.S. law, a move that would have far-reaching trade and investment implications.

FILE PHOTO: A woman walks past a logo of McDonald’s in Hong Kong July 25, 2014. REUTERS/Tyrone Siu

U.S. businesses oppose any change in Washington’s recognition of Hong Kong as a sufficiently autonomous city, where major U.S. companies enjoy access to China and Southeast Asia, and where bilateral trade flourishes across various parts of the economy, from wine to financial services.

Here is a look at some of the consequences of a change in that status.

A revocation of the special status would cause problems for the more than 1,300 American companies with business operations in Hong Kong, including nearly every major U.S. financial firm. The State Department said 85,000 U.S. citizens lived in Hong Kong in 2018.

Hong Kong’s autonomy, civil liberties, rule of law and access to China make it attractive to international companies, and a change in that status could push some U.S. firms into costly moves elsewhere in the region.

“Numerous American companies invest in Hong Kong because of its special status, its geographic location and market-based economic system,” the U.S.-China Business Council said in a statement. “Any change to this status quo would irreparably damage American global business interests.”

Some $67 billion in annual Hong Kong-U.S. trade of goods and services could be put at risk as Hong Kong would lose its preferential lower U.S. tariff rate.

Hong Kong is treated separately from mainland China’s more managed economy, and its exports to the United States are treated differently. Hong Kong has a zero tariff rate on imports of U.S. goods, which also could be at risk.

Hong Kong was the source of the largest bilateral U.S. goods trade surplus last year, at $26.1 billion, based on U.S. Census Bureau data.

According to Hong Kong’s Trade and Industry Department, the former British colony in 2018 was the United States’ third-largest export market for wine, its fourth-largest for beef and seventh-largest for all agricultural products.

A U.S. revocation of Hong Kong’s special status would be viewed by Beijing as interfering with its sovereignty, and China has previously threatened to “take strong countermeasures.”

Eswar Prasad, a trade professor at Cornell University and a former head of the International Monetary Fund’s China department, said Hong Kong is a “hot-button” economic and political issue for China, much like U.S. sanctions on Chinese telecoms giant Huawei Technologies Co Ltd.

A precarious U.S.-China trade truce, already strained by Trump’s anger at China over the coronavirus pandemic and a slow start to Beijing’s purchases under the Phase 1 trade deal between the two countries could collapse into new tariffs and counter-sanctions, he said.

Fri May 22 , 2020
FRANKFURT (Reuters) – The European Central Bank is “fully prepared” to provide even more stimulus as soon as June to support an economy that may shrink by a tenth this year due to the COVID-19 pandemic, the accounts of the bank’s April meeting showed on Friday. FILE PHOTO: A woman […] 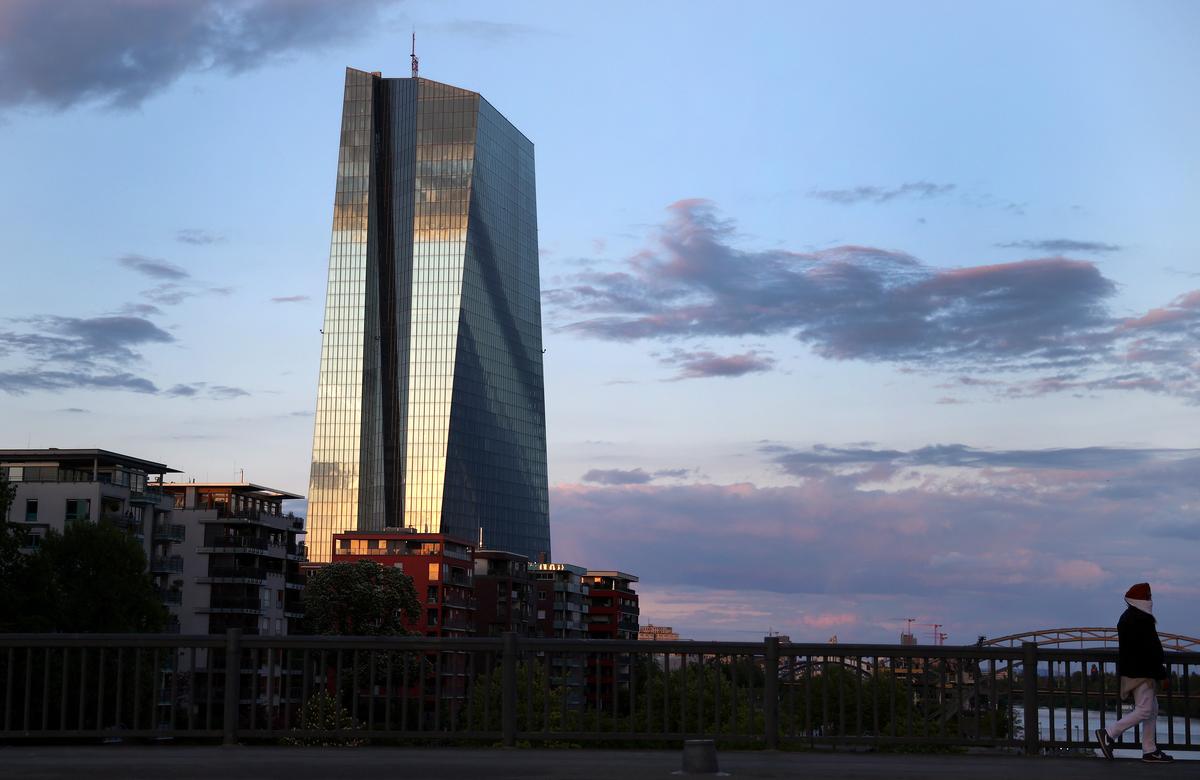