SAN FRANCISCO (Reuters) – Facebook Inc introduced a videoconferencing tool and expanded livestreaming features on Friday, capitalizing on a surge in demand for video chats during the coronavirus pandemic while taking its first steps toward a planned integration of messaging products across its apps.

Facebook symbol is seen on a motherboard in this picture illustration taken April 24, 2020. REUTERS/Dado Ruvic /Illustration

The videoconferencing tool, Messenger Rooms, will enable as many as 50 people to participate in a call, the company said in a statement. It will display a tiled layout of participant videos – up to 16 on desktop and 8 on mobile – resembling the design offered by competitor Zoom.

Facebook users will be able to share links enabling non-users to join Rooms via a web browser on both desktop and mobile, eliminating requirements to download an app or create an account as on other services.

There will be no time limits on the calls.

With the launch, Facebook joins a crowded field of companies rushing to dominate the market for video meetings, as millions of people locked in their homes around the world are suddenly reliant on the tools for work, school and social life.

Elements of the product had been slated for release in the third and fourth quarters of the year, but Facebook accelerated its plans after observing a spike in group calling during the lockdowns, Head of Messenger Stan Chudnovsky told Reuters.

“Our video calls doubled, and when we’re looking at the group calls usage, that went up even higher,” said Chudnovsky. “So we figured out a way to build those things faster.”

Facebook said in its statement there were now more than 700 million accounts participating in calls on WhatsApp and Messenger each day.

On Tuesday, Microsoft introduced a new “Meet Now” for Skype that can accommodate video meetings of up to 50 people without downloading any apps. Google, whose Meet tool for businesses has been its fastest-growing service this year, said this month that it was working on enhancements for consumers too.

Chudnovsky said Facebook’s free offering is focused squarely on the consumer market with Messenger Rooms and is not currently making overtures to businesses, the main source of revenue for most other videoconferencing apps.

The company is simultaneously expanding its livestreaming offerings, such as an option to add a guest to a live video on the core Facebook app and the ability to save live videos on Instagram to the IGTV video-sharing app.

Its decision to build Rooms on Messenger’s infrastructure asserts the app’s preeminence as the company begins to realize Chief Executive Mark Zuckerberg’s vision to weave together its messaging services, offering a first glimpse at how that integration will be structured.

Messenger Rooms will be accessible across the social network’s sprawling array of online gathering spaces, enabling users to jump into group video meetings directly from News Feed as well as in Groups and Events pages.

Facebook is also planning to add buttons within messaging service WhatsApp and the chat function of Instagram, although those users will be prompted to open Messenger to create Rooms, said Chudnovsky.

The company is simultaneously expanding group video calling within WhatsApp, which has more users than Messenger, but is capping the number of participants there at eight people.

Chudnovsky said Zuckerberg’s plan to extend end-to-end encryption across messaging services would also apply to Messenger Rooms. “We would like to have it all encrypted if possible,” he said.

The encryption plan is lauded by privacy advocates but has met stiff resistance in Washington, where lawmakers warn it could hinder the fight against child abuse and other illegal activities.

Fri Apr 24 , 2020
PARIS/AMSTERDAM (Reuters) – Air France-KLM (AIR.PA) secured 7 billion euros (6 billion pounds) in French government aid on Friday, as the airline industry struggles to survive the coronavirus crisis that has all but halted passenger traffic across much of the world. French Economy and Finance Minister Bruno Le Maire prepares […] 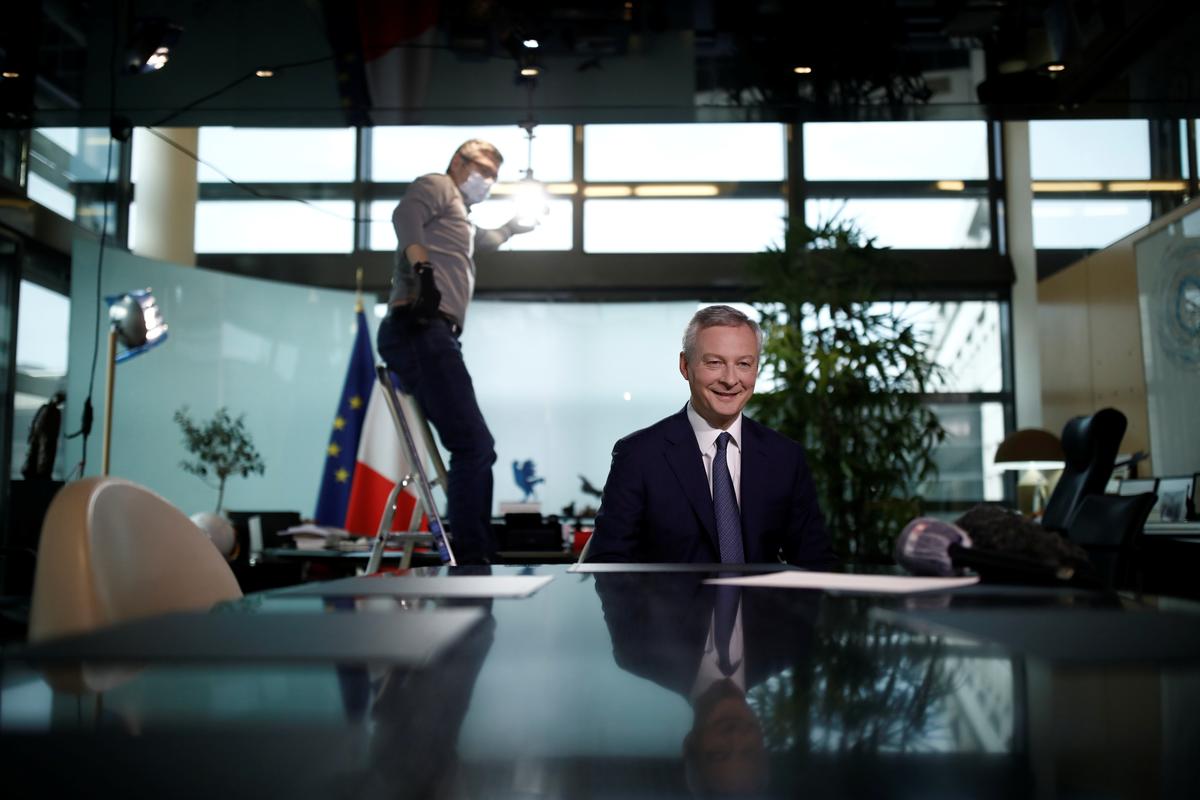