Facebook has agreed to pay $52m (£42m) to thousands of content moderators who had to view disturbing images of rape, suicide and murder posted on the social network.

The settlement will compensate staff who developed mental health issues as a result of their work, with the moderators receiving a minimum of $1,000 (£810) each.

Additional compensation is available for content moderators who have been diagnosed with post-traumatic stress disorder or related conditions.

More than 11,000 staff are covered by the settlement, which follows a lawsuit first filed in California in 2018.

The complaint said that Facebook moderators were not protected against “severe psychological and other injuries” caused by their daily jobs viewing material including child sexual exploitation.

A spokesperson for Facebook told Sky News: “We are grateful to the people who do this important work to make Facebook a safe environment for everyone.

“We’re committed to providing them additional support through this settlement and in the future.”

The company also told Sky News that it had introduced a new set of standards for reviewers last year for the third-party companies it hires to perform content moderation.

According to a report in the Financial Times, the social media giant had outsourced European content moderation to the firm Accenture – where staff are “required to sign a form explicitly acknowledging that their Facebook job could cause post-traumatic stress disorder”.

At the time, Facebook said it had not reviewed the form, while Accenture said there were no consequences if staff did not sign it.

Facebook told Sky News it now requires all of its partners who provide content moderation, such as Accenture, to ensure staff have access to on-site counselling at all hours.

These partners are also required to provide access to a staffed 24-hour hotline for in-the-moment psychological support, and institute an independent auditing process to ensure their contractual requirements are met.

Wed May 13 , 2020
FILE PHOTO: A couple wearing protective face masks walks past the European Commission headquarters as the spread of the coronavirus disease (COVID-19) continues in Brussels, Belgium April 23, 2020. REUTERS/ Johanna Geron/File Photo BRUSSELS (Reuters) – The European Parliament will not give a green light to the European Union’s next […] 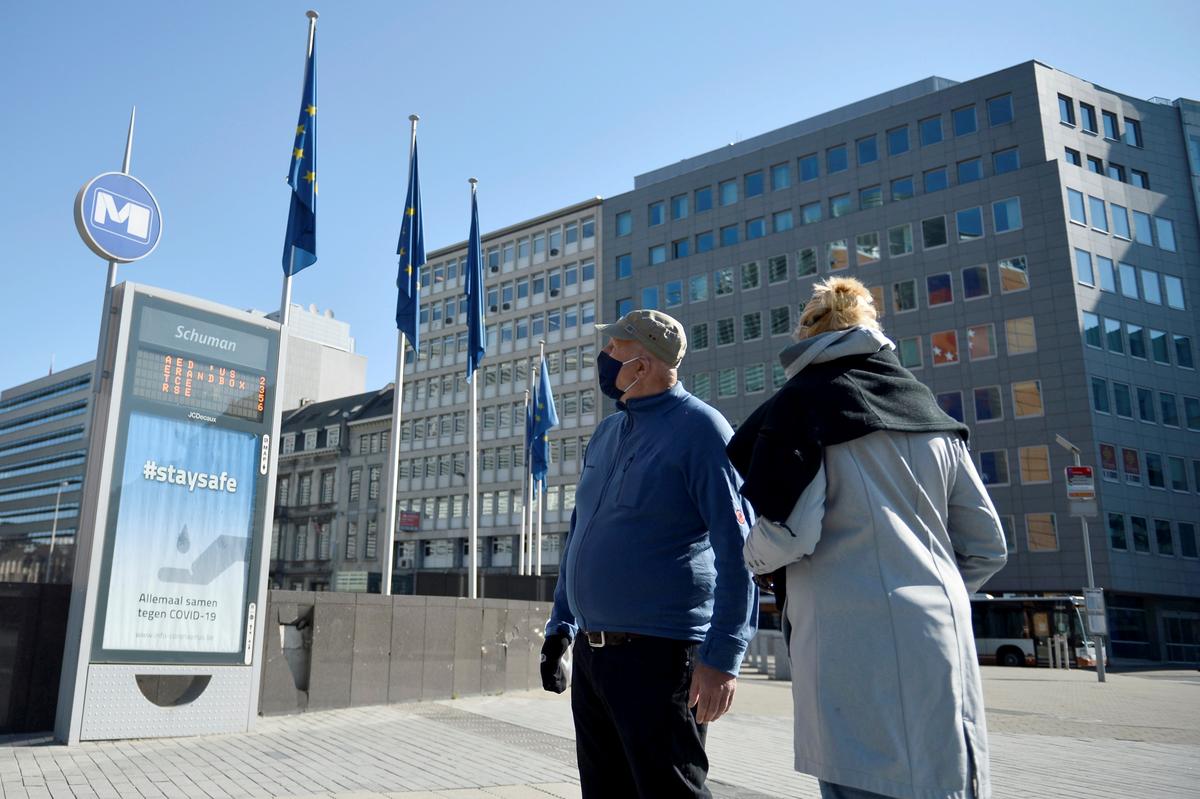